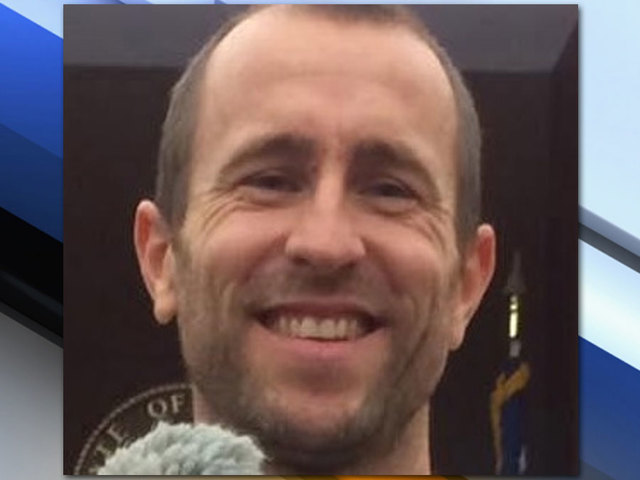 Lewis Bennett, the husband of a Delray Beach woman who went missing at sea, has been arrested by the FBI. A statement from the FBI says Bennett was arrested without incident in West Palm Beach. 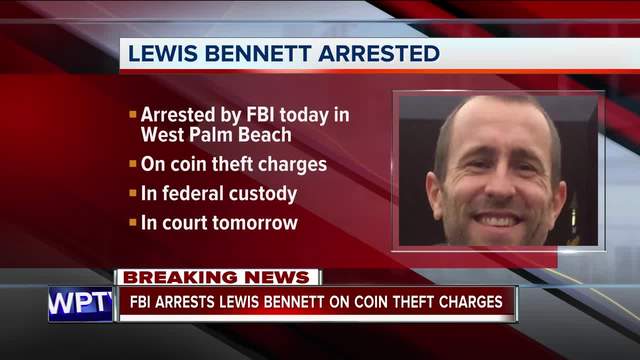 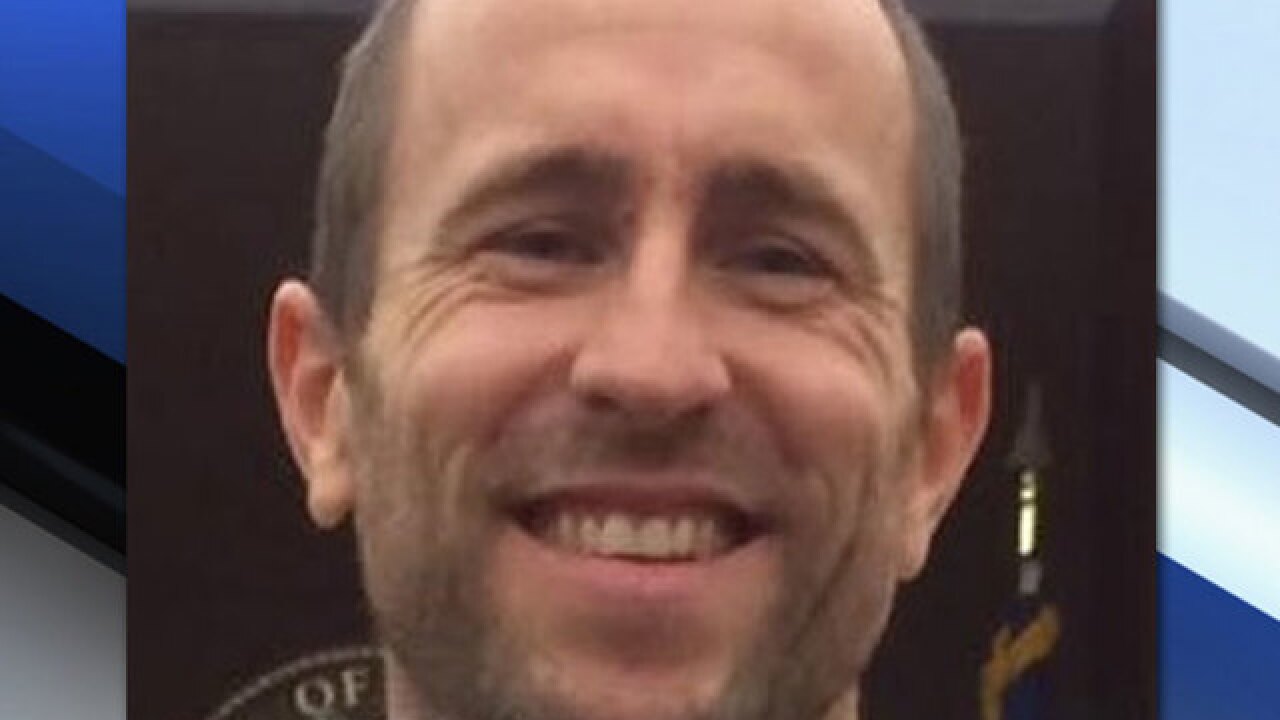 WEST PALM BEACH, Fla. -- Lewis Bennett, the husband of a Delray Beach woman who went missing at sea, has been arrested by the FBI.

A statement from the FBI says Bennett was arrested without incident in West Palm Beach.

Bennett was arrested in connection with the theft of gold and silver coins valued at approximately $100,000.

According to a criminal complaint, law enforcement became aware of coins that had been stolen from a sailing vessel named "KITTY R" that was located in St. Maarten in May 2016.

The owner of the boat told the FBI that Bennett had been working onboard KITTY R as a crew member at the time of the theft.

The victim says the gold and silver coins were stolen by breaking open the floor of the vessel beneath a pallet of food.

Bennett also dialed the U.S. Coast Guard reporting he was in distress in the same general location around the same time.

The FBI says Lewis Bennett took only one backpack of personal items with him at the time he was being rescued from his life raft by a USCG rescue swimmer. The rescue swimmer stated that his backpack was unusually heavy.

During the search efforts, USCG recovered and transported Bennett's life raft and contents to the USCG Station in Key West where all of the items onboard were inventoried.

Among his personal items were nine plastic tubes wrapped in clear tape containing what appeared to be silver coins.

When rescued, Bennett carried one backpack with him, the contents of which were not searched by the USCG. The FBI says the collectible coins that were recovered from the life raft only account for a portion of the total amount of coins that were stolen.

On May 23, 2017 law enforcement briefly returned the collectible coins to Bennett at his Delray Beach residence before they realized, on the same day, that they may have been stolen in 2016.

Later that day, law enforcement returned to his home to retrieve the coins that were still in sealed evidence bags. The FBI says Bennett agreed to return the items to law enforcement.

On June 16, 2017 the FBI along with members of the United States Coast Guard Investigative Services executed a search warrant at Bennett's residence.

Search team members located two different types of gold coins in the master bedroom closet. The coins were contained in a soft case and hidden in a pair of boat shoes. There were a total of 162 gold coins recovered.

After viewing photos of the coins, the victim confirmed they were stolen from KITTY R in May 2016.

The news of Bennett's arrest by the FBI is the first Isabella Hellmann's sister, Dayana and her family have heard of Bennett in months.

"There's so many things in my mind, in our mind, that we don't know what to think or what to expect from him," said Isabella's sister who only wants to go by Dayana due to the high profile case.
Hellmann vanished from Bennett's boat in the Florida straits in May during a trip from St. Maarten to Key West. Since then, her family resented that Bennett left the country with Isabella's only daughter, 1-year-old Emelia.
"We never stopped talking to him, he was the one who stopped talking to us. We were always here for him," said Dayana.
The FBI has been investigating Bennett, but never said it was a criminal investigation until now.
"I felt very sad, because I didn't think he was that kind of person," said Dayana.
She did not know anything about Bennett's coins, but says her niece told her after the news of his arrest that he once told her he liked to collect coins from all over the world.
Dayana said she was surprised about the items he chose to take with him from the boat. The FBI said he had two backpacks and a suitcase in the life raft along with un-expended parachute flares, buoys, 14 gallons of water, a secondary EPIRB device, and the plastic tubes with the silver coins.
"It just surprised me cause if it was an accident or whatever why would you have all those things," said Dayana.
Dayana and her family hope the FBI's investigation will provide more answers as to what happened to her sister in the hours after she and Bennett left Havana, Cuba on board his 37-foot catamaran.
"Our life has changed. We are not the same. The only thing always on our mind, my sister, Emelia, what happened, where is she?" said Dayana.
Bennett is expected to appear in federal court in Key West at 11:30 a.m. Tuesday.
Copyright 2017 Scripps Media, Inc. All rights reserved. This material may not be published, broadcast, rewritten, or redistributed.