Jack the Bike Man worried about the future

Might need to find a new home for his charity 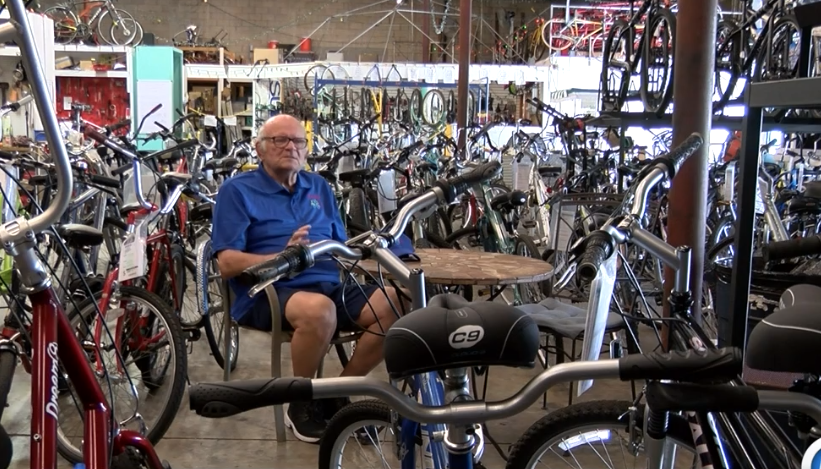 nside a warehouse on Florida Avenue in West Palm Beach you’ll see a lot of bikes. There are enough to fill the 15,000 square foot building. 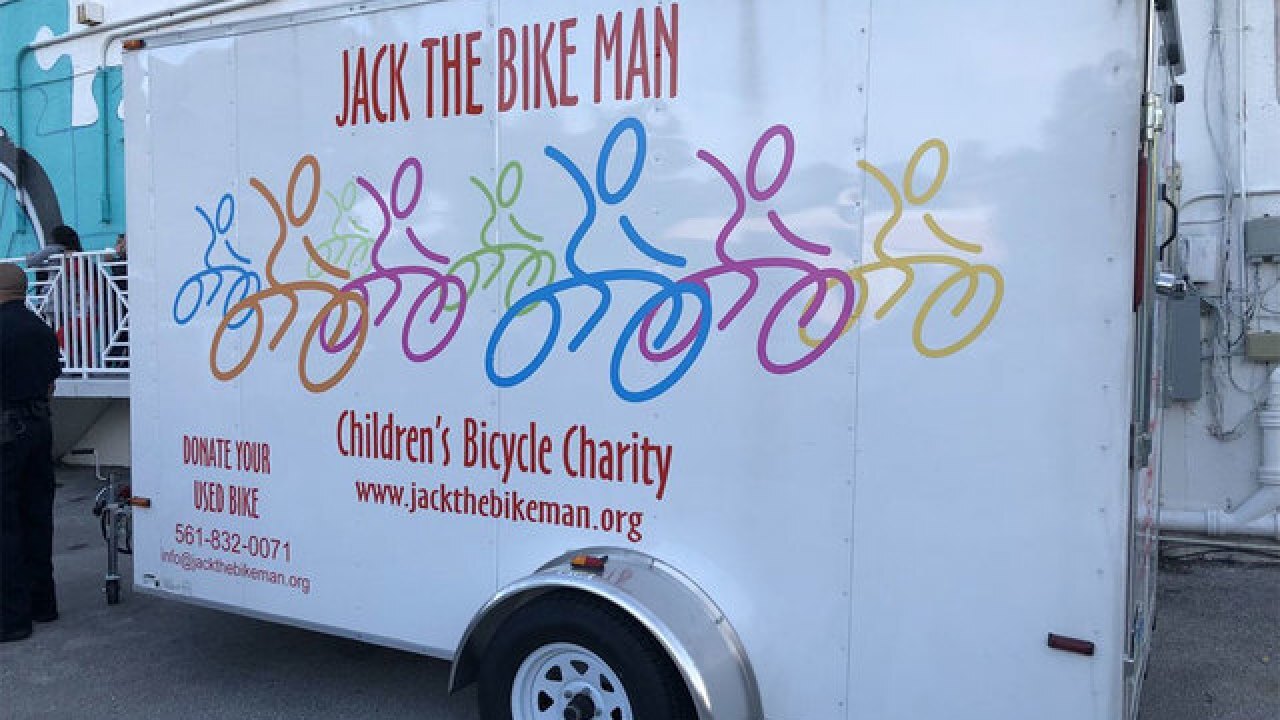 WEST PALM BEACH, Fla.-- Inside a warehouse on Florida Avenue in West Palm Beach you’ll see a lot of bikes. There are enough to fill the 15,000 square foot building.

“I always like to say I’m putting smiles on kids faces, one bike at a time," said Jack "the Bike Man" Hairston.

For decades he has spent his days collecting and fixing bikes to donate to children who need it most. “It’s sometimes almost panic where the kids just, ‘you mean I won a bike!’ It’s just really exciting to see.”

Jack admits it’s a passion he rolled into in 1999. It started when he fixed a neighbor's bike, word spread and others started dropping their bikes by. It caught the attention of a NewsChannel 5 reporter who did a story nicknaming him ‘Jack the Bike Man.’ The nickname stuck.

“My beautifully landscaped backyard became a pile of metal," he said.

20 years later a large building became the home of his operation. This year, Jack plans to donate 2,000 bikes at his annual holiday giveaway.

However, he says a change in ownership of the warehouse has him worried for the future. “Right now we are on a month-to-month situation with the current landlord which means that legally in 30 days he could ask me to vacate the property.”

In June, Johnstone Capital, the group behind the Grandview Market purchased a group of warehouses along Florida Avenue for $10.2 million.

Jack says he hasn’t received a lease renewal and worries his rent could increase dramatically. “I don’t know what their plans are or what their timeline is and I’m not going to wait until the last minute and have 30 days to build a building or buy land because it’s impossible.”

Robert Roxas, the project manager for Johnstone Capital, confirmed Jack hasn’t received a renewal but said right now there are no set plans for the building's future. “We value Jack the Bike Man, as we do all our tenants, and appreciate everything he does for the community. At this time, we do not have any redevelopment plans for his building.”

That answer leaves the Bike Man fearing the path ahead. “I really... I don’t know. I would like for this to keep going.”

Jack says his big holiday giveaway is still scheduled for next month. However, he is now raising money just in case he will need to relocate his operation.