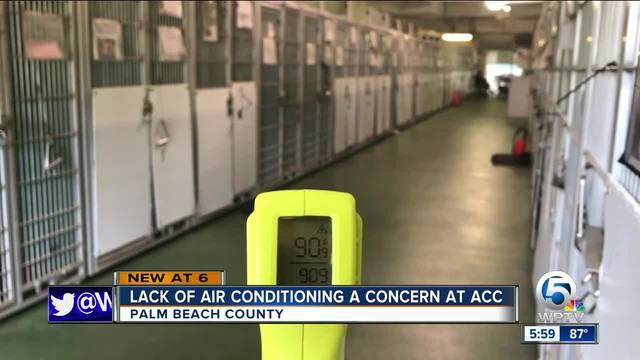 An uproar on social media is calling for a solution over the lack of airflow at Animal Care and Control's dog kennels. As temperatures climb outside, inside the cages, it's much hotter. 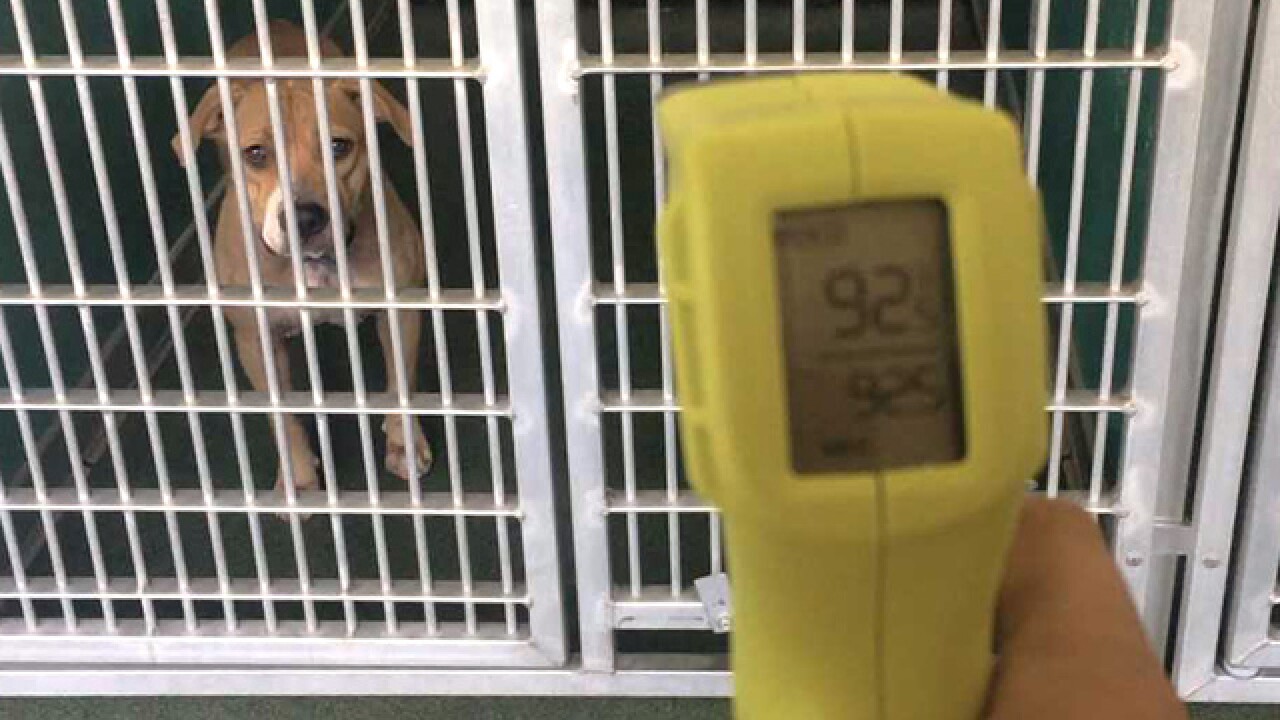 An uproar on social media is calling for a solution over the lack of airflow at Animal Care and Control's dog kennels. As temperatures climb outside, inside the cages, it's much hotter.

There are no air-conditioned kennels at Palm Beach County Animal Care and Control. Wall-mounted fans rotate to keep a steady breeze of air hitting the cages, but many say the air flow is not enough for dogs in hot cages.

"A lot of these dogs, they are laying on the floor, they are panting heavy. They're exhausted from the heat that's in there," said an employee of ACC who wishes to keep their identity hidden for fear of retaliation.

'"Our ordinance, our Animal Care and Control ordinance states that if an animal is housed over 85 degrees outside, they're supposed to have fans on them and cooling periods and other stuff, so technically if you look at it we're going against our own ordinance," said the employee about a couple fans not working for several weeks. They have since been repaired.

Walking through the kennels on a day where temperatures reached above 85 degrees, our temperature radar gun showed inside the cages it can feel as hot as 91 degrees. Director of Animal Care and Control Dianne Sauve said each summer they try to find new ways to keep the kennels cooler. There are 8 oscillating fans at each kennel in addition to two large fans at the front of and rear of kennels 1 and 2.

When asked if dogs have gotten ill over the condition, Sauve said they have, but staff is careful not to put certain breeds that do not do as well with heat in the outside kennels.

The employee speaking to WPTV anonymously said they disagree with that statement. Records show last year an American Bulldog was euthanized for behavioral issues, but the dog did not attempt to bite until after it had suffered from heat stroke.

"His temperature was way over 105 or 106 as far as I recall and he never recovered," said the employee. " Was his brain fried because eof the heat and the temperature he had, it's probably a big factor. Will we ever know for sure, probably not, but the dog was fine for several says while it was in there."

Sauve said she is exploring long-term solutions to increase the airflow in the kennels. One is to put an A/C system in each kennel, which she said would cost close to $3 million to install and $54,000 a year in operational costs.

"I know people will watch this and say our animals are definitely worth that 3 million and 54-thousand a year, but we don't have that right now," she said.

Sauve said she is also looking at more cost-efficient alternative, but said the funds would have to come from the penny sales tax, except, money from the tax would have to be generated first before the county allots it to any agency.