Locals march for peace in the streets 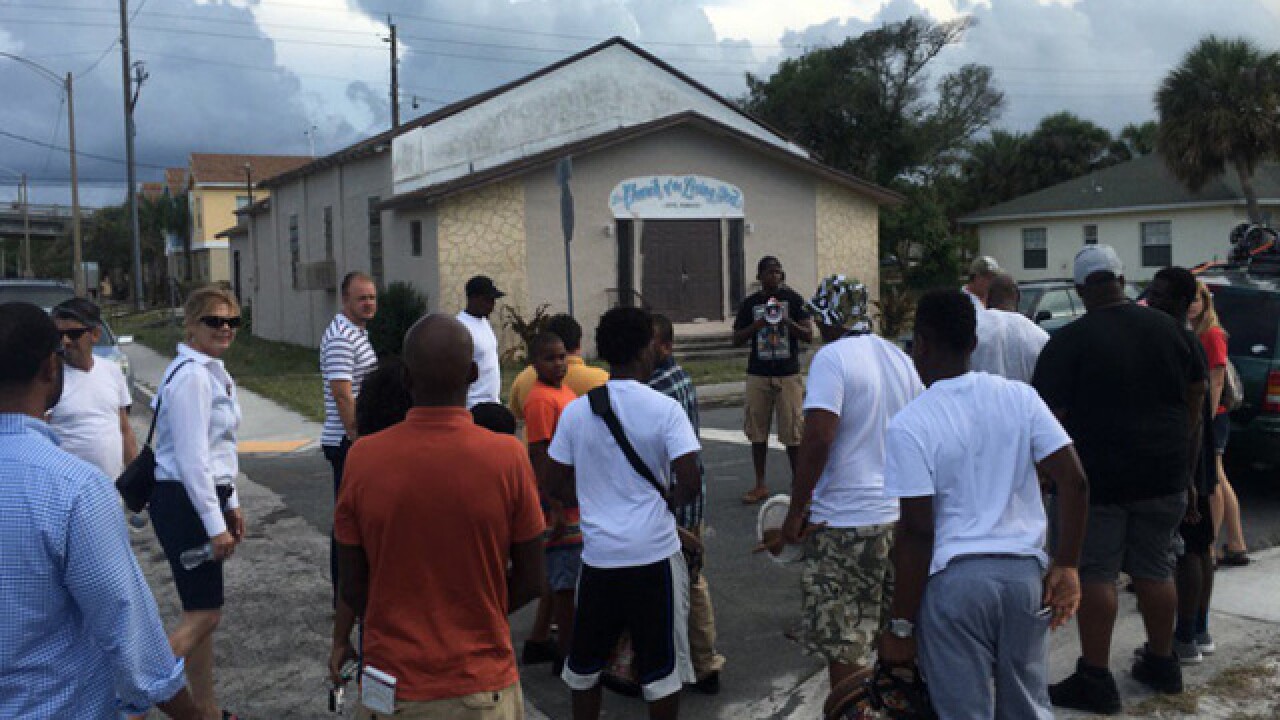 Residents living in the 2-mile radius of the Tamarind and Pleasant City communities are fighting a war against gun violence in their streets.

Last summer West Palm Beach Police officers responded to 36 shootings in a span of four months. That summer violence sparked a fire inside locals to stop the violence before it even starts.

"We can go a whole summer and watch our brothers and sisters be gunned down repeatedly and we remain unmoved," said Ricky Aiken, the President of Inner City Innovators, a group of local youth trying to create change in their neighborhoods.

Aiken has taken the torch and is leading the way for other young people. The city of West Palm Beach has stepped up. It recently hosted a job fair targeting young adults in these troubled neighborhoods.

"We were particularly excited about the north-end where we're focusing on the young men. We had about 40 participants," said Kevin Jones, assistant to the Mayor of West Palm Beach.

Aiken hopes this march can set the tone for the summer and break the cycle of violence.

"My dream is that everywhere you see a dope dealer on the corner, standing next to them you see a hope dealer. Someone there dealing hope and speaking life to those children," said Aiken.

Teon Brown is making sure he stays on the right path. He joined the Inner City Innovators and just graduated high school this week.

"It feels great. Now I get to go out there in the world and explore and find better things I can do in my life," said Brown.

Brown's best friend Johnny Davis died last year when he was shot on 19th Street. Aiken says he wanted to organize this peace march so that no one dies this summer.

"I don’t want to lose another friend. I want to do this peace march to make sure that something like that, what happened to Johnny Davis, doesn't happen again," added Aiken.