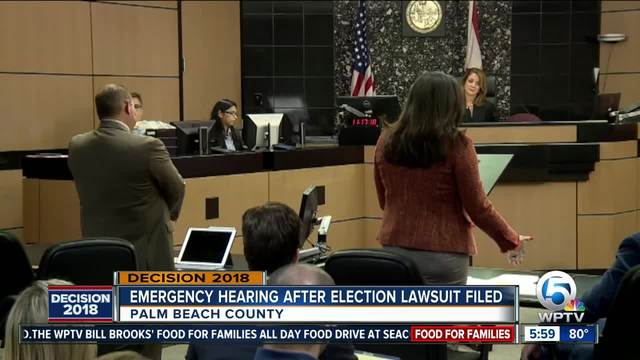 Palm Beach County is in the national spotlight after allegations of voter fraud, and after Governor Rick Scott filed a lawsuit against election bosses in Palm Beach and Broward Counties. 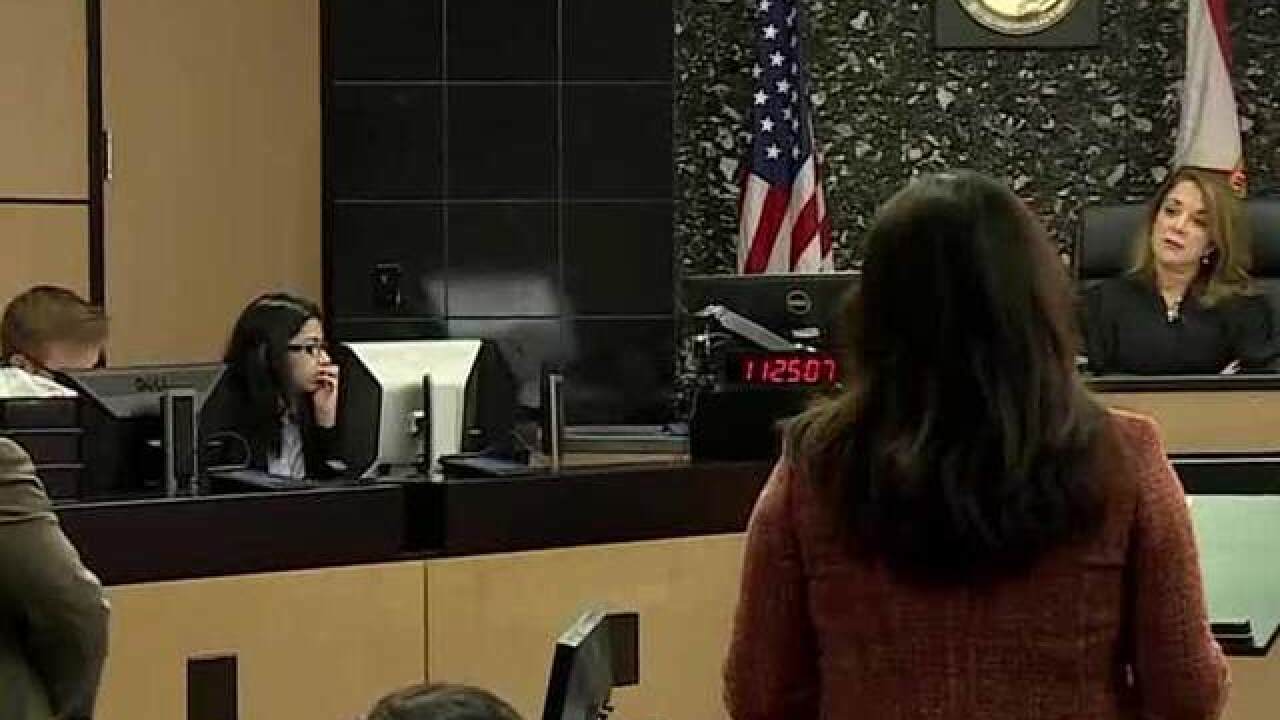 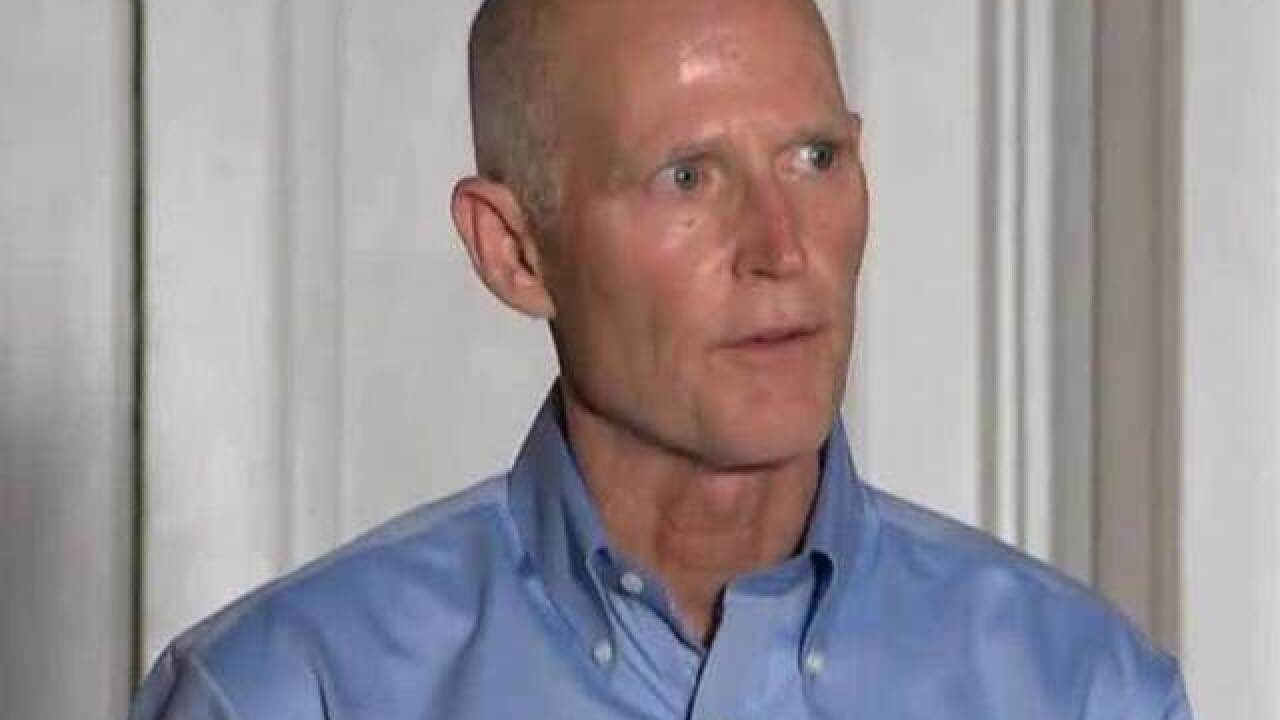 Gov. Rick Scott is on the offensive with his Senate victory over incumbent Bill Nelson, now likely to be headed for an automatic recount.

Scott walked out of the governor’s mansion in Tallahassee on Thursday night and said, “Every Floridian should be concerned there may be rampant fraud happening in Palm Beach and Broward counties.”

Scott offered no direct evidence for that claim. However, he said 15,000 new ballots have turned up since election night in Palm Beach County and nearly 80,0000 new ballots in Broward.

Bucher was unavailable for comment. The governor said he’s filed a lawsuit and demanded the FDLE investigate. Scott, who took no questions from reporters, said, “I will not sit idly by while liberals try to steal this election from the great people of Florida.”

Sen. Bill Nelson’s spokesman, Dan McLaughlin, said this in response: “The goal here is to see that all the votes in Florida are counted and counted accurately. Rick Scott’s action appears to be politically motivated and borne out of desperation.”

Hours after Scott stood outside the governor’s mansion and blasted the Supervisor of Elections in both Palm Beach and Broward Counties, a hearing was held in front of Chief Judge Krista Marx.

Judge Marx ordered Friday any ballot that the Supervisor of Elections Susan Bucher or her staff throws out will need to go in front of the canvassing board.

The hearing began with the Florida Democratic Party requesting a list of everyone who voted by provisional ballot. The request was originally made on Wednesday, but in court the attorney representing Palm Beach County Supervisor of Elections Susan Bucher said such a list doesn’t exist.

Marx said the supervisor of elections must provide the most complete list by 4 p.m. Friday.

She also rejected a request to extend the provisional ballot deadline. The judge said she was not convinced she has the jurisdiction to do so, and that it would  basically be a fishing expedition.

When it came time for Gov. Rick Scott’s attorney to address the state’s lawsuit, she argued that when the supervisor of elections is reviewing damaged ballots and making copies there are no witnesses present. The lawyer says witnesses are too far away and can’t see what’s going on, and the state wants a fair and accurate vote.

More than 2,000 ballots need to be reviewed.

Judge Marx ordered any undervote, overvote or damaged ballot the supervisor or her employees determined to throw out without the canvassing board must go in front of them.

She ordered the supervisor of elections office to provide that information by 10 a.m. Saturday.

As Scott’s lead narrowed over incumbent Sen. Bill Nelson, the governor alleged rampant fraud is happening in Palm Beach and Broward counties but offered no direct evidence for that claim. He also ordered the Florida Department of Law Enforcement to investigate.

Today, West Palm Beach Circuit Court Judge Krista Marx ruled in favor of Governor Scott and granted an injunction ordering Palm Beach County Supervisor of Elections Susan Bucher to submit “overvoted” and “undervoted” absentee ballots to the Palm Beach County Canvassing Board for an open and public review of each vote before they are counted.

This order is the result of the lawsuit filed by Rick Scott for Florida late yesterday in response to the Palm Beach County Supervisor of Elections refusing to provide information to the public, illegally refusing to allow official party and campaign representatives into the ballot counting area, forcing witnesses to stand at a distance with limited visibility and no ability to hear what is going on, and having staff members of the Supervisor determining on their own a voter’s intent without having the Canvassing Board review– a clear violation of Florida law. The Supervisor’s unilateral determination of voter intent and counting of votes out of the view of the public will not be permitted. See the original filing here.

“We are pleased that the Palm Beach County Supervisor of Elections is being held accountable for this failure. Bill Nelson is trying to commit voter fraud in broad daylight and we won’t let them. We will continue to fight for full transparency and accountability, and to protect the will of Florida voters.”

At a hearing in Broward County, a judge sided with Gov. Rick Scott, according to NBC 6. It says the judge ordered the Broward Supervisor of Elections to allow the inspection of voting records.

NEW: Judge Marx is ordering any damaged ballot or undervote and overvote the Supervisor of Elections or her staff threw out...needs to go in front of the canvassing board. @WPTV

In Palm Beach Circuit Court- judge just ordered Supervisor of Elections to provide a list by 4pm of everyone who voted by provisional ballot. She granted request by FL Democratic Party. @WPTV