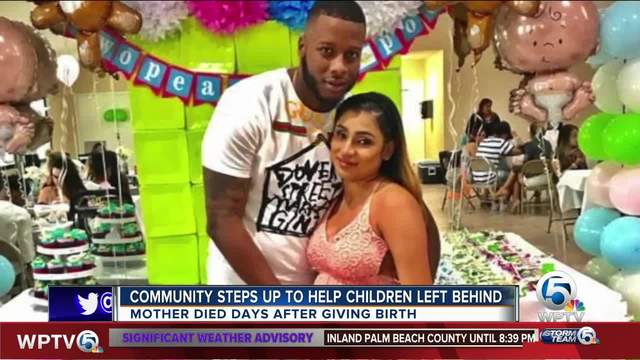 A family is reeling after three young children are left without their parents, all within two weeks. 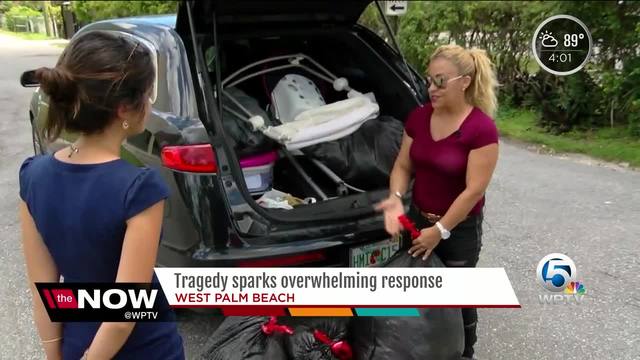 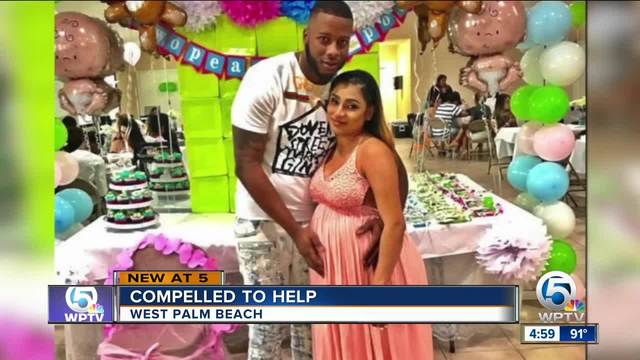 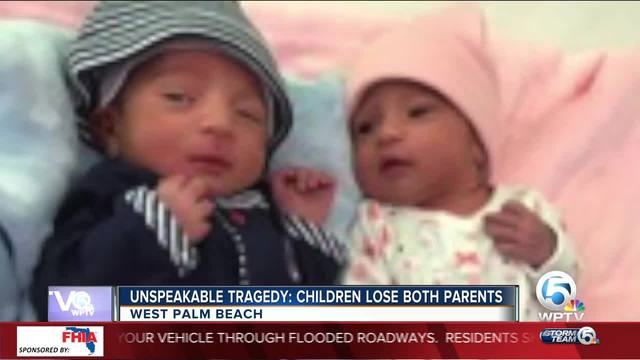 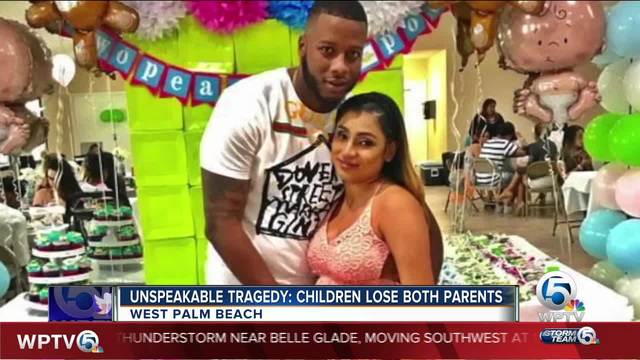 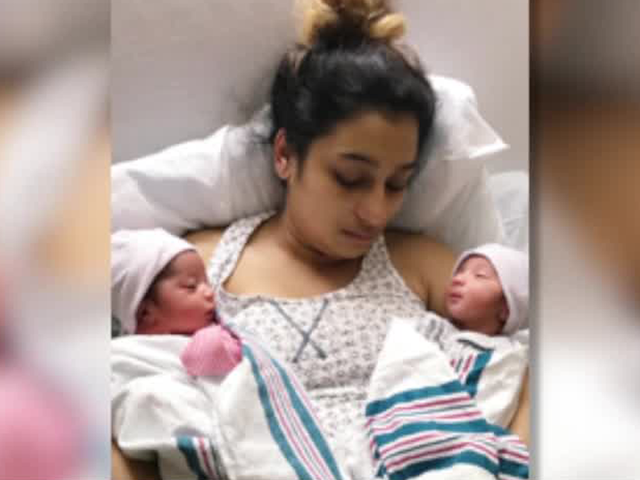 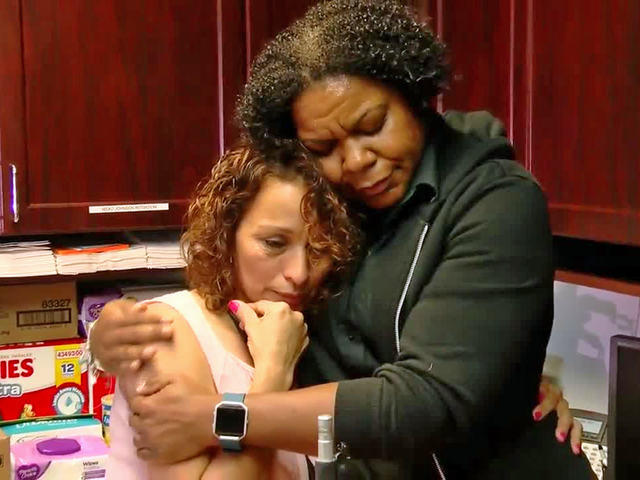 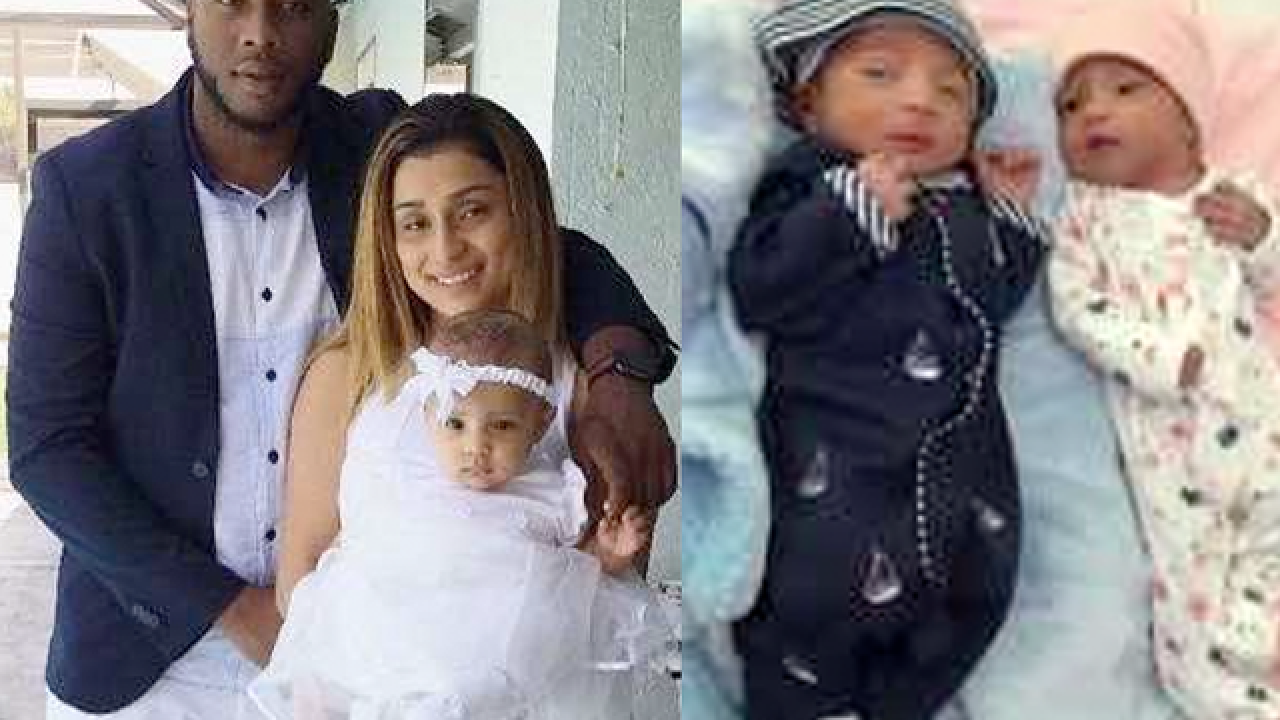 A young mother, nine months pregnant with twins and coping with the shooting death of her boyfriend earlier this month suddenly died just days after giving birth.

Now, her daughter and two newborns are without their mom and dad.

Stephanie Caceres' family and friends found the strength to speak for a few moments about their incredible pain.

On July 11, West Palm Beach police said someone shot and killed 26-year-old Jevaughn Suckoo inside his home at the Renaissance Apartments. He left behind his girlfriend Caceres, who was pregnant with their twins, and their 2-year old daughter Kailanie.

The family said both parents loved their children tremendously and were excited for the new additions.

Family friends have created a  new GoFundMe page for the children .

“He was so excited, he couldn’t wait to teach them all soccer. He was a great soccer player.”

Caceres gave birth to the twin boy and girl, Lailah and Jevaughn, Jr, just days after his death.

"She was such a dedicated mom," said Saunders. “She lived for her kids. When they found out they were having twins, that just changed everything for both of them.”

Tragically, Caceres suffered complications from the C-section and died Wednesday, the same day Jevaughn's family laid him to rest.

"I don't even know what to say because I never expected to lose my daughter," said Meza.

On Thursday, family and friends gathering baby formula and diapers for the kids, anything to help the children left behind. The donations are being collected at Juan Batista Pediatric in West Palm Beach, where Stephanie worked.

"It doesn't bring their parents back but it does help because it's one less thing we have to think about right now, we can grieve," said Saunders.

Stephanie's friends are also in the process of putting together a trust fund.

“We’re looking to find ways and assistance from the community to help us establish a charitable trust or a foundation for them, to where as they grow, they’ll have access to a future,” said Lina Niemczyk, Caceres' manager.

Caceres worked at Juan Batista Pediatrics office in West Palm Beach for four years. Niemczyk and Caceres' friends have been working around the clock gathering donations to ensure the children's future.

“We’re thinking not just present time, we’re think future. This continues on for at least 18 years for these families as these kids grow. These are three kids under the age of two right now, with their whole lives ahead of them," she said. "Our goal ultimately is to secure their future. We are just trying to do what we can to honor her and her memory. That's the promise that I plan on making to these children right now."

“At some point we’ll eventually start talking to them about their parents and how much they love them,” said Saunders. “We just want to make sure they’re taken care of and they feel the love we have to give them.”

Donations can be dropped off at the pediatrics office on 1840 Forrest Hill Blvd. Suite 101 in West Palm Beach.

"It’s always a good thing to give back whenever people are in need," said Joseph Schamberger, who dropped off items Friday. "I’ve been there. I’ve done it. I've been given a lot, so any chance I get to give back, I always will.

Schamberger lost a four-year-old son to cancer four years ago. He honors his memory by giving back.

"It’s heartbreaking," he said, of the situation the three children are in. "No child should ever have to go through that."

West Palm Beach police told me they still have no leads on finding Jevaughn's killer.

West Palm Beach police said they still have no new updates or leads in finding Suckoo's killer. Anyone with information is asked to call Detective P. Creelman at 561-822-1676 or Detective D. MacCarthy at 561-822-1666 or Palm Beach County Crime Stoppers at 800-458-TIPS.