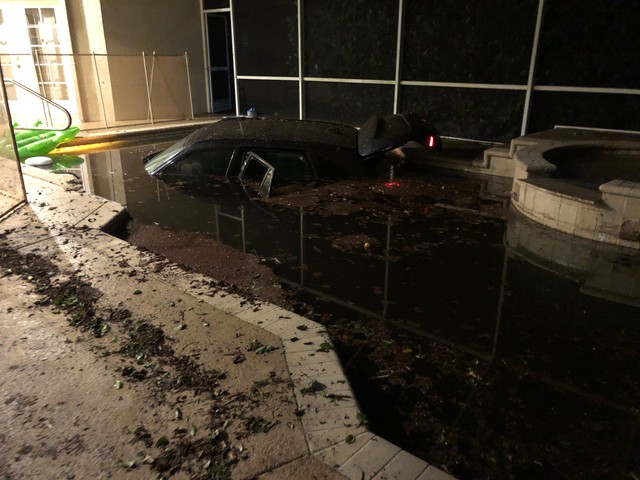 The driver is suspected of blowing through the stop sign on Moutrie Drive and driving across Hagen Ranch, through bushes and a chain-link fence, into their yard and ultimately, pool. 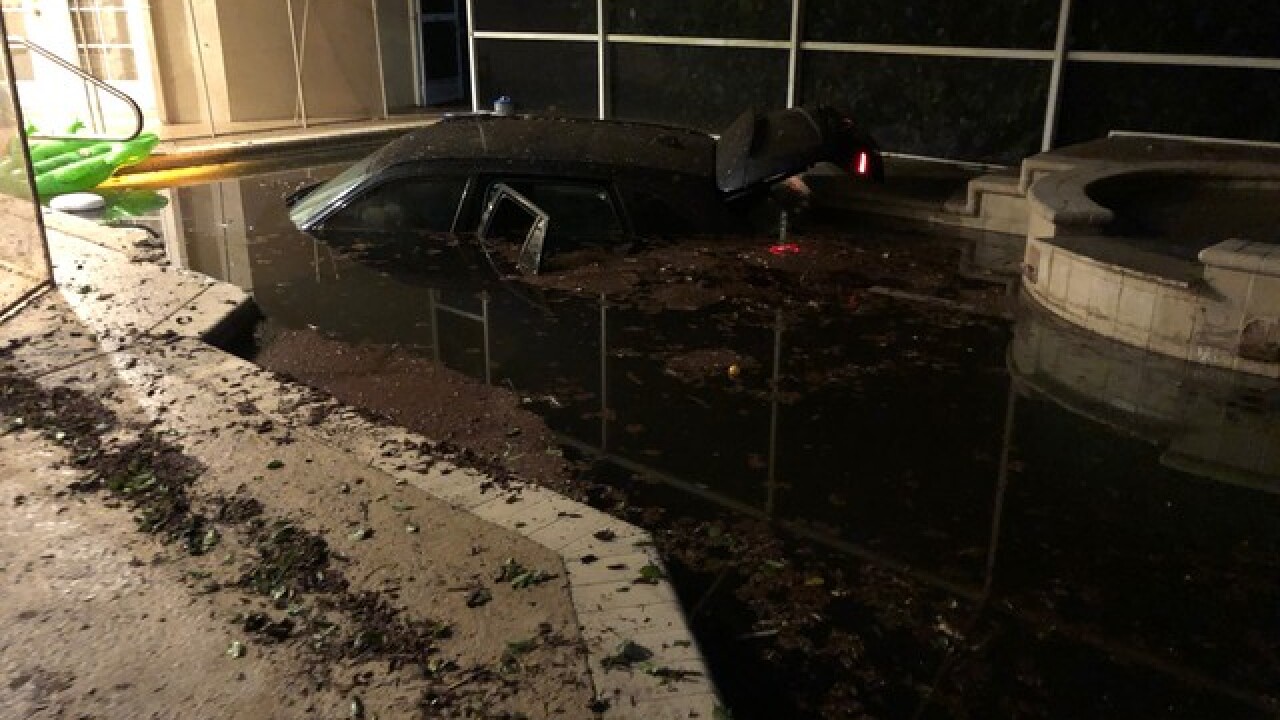 A family in suburban Lake Worth is concerned about their safety after a driver crashed onto their property, landing in their pool last week.

“He came through these trees, our yard and hit our concrete here on the patio,” said resident Shane Bushman.

The backyard of their house runs parallel to Hagen Ranch Road and perpendicular to Moultrie Drive.

The driver is suspected of blowing through the stop sign on Moultrie Drive and driving across Hagan Ranch. Then going through bushes and a chain-link fence into their yard and ultimately the pool.

No one was home and the driver survived. But what’s to stop it from happening again, when someone is in the backyard?

“Any kind of barrier between this road and this yard is going to help,” Bushman said. “Anything that would deter people from blasting down that road.”

But they say their calls to the county didn’t yield any results.

“We don’t know where to go for help.”

So they called us, and we called Palm Beach County Commissioner David Kerner, who represents district 3, where the Bushmans live.

“It has to be a very unnerving experience to go through,” Kerner said.

Kerner said a guard rail wouldn’t have stopped a head-on driver, but he’s willing to work the Bushman’s on just about any other solution, including installing a roundabout, rumble strips, more lighting and signage.

“Certainly willing to look at speed bumps. I’m willing to work with the HOA and the property owners there to see if a wall could be installed.  But we want to provide a very good sense of security for that constituent. We’ll find a resolution for them,” Kerner said.

As for the crash, PBSO hasn’t ruled out drunk driving as a possible cause, they are still waiting blood test results for the male driver.