Business owners would be justified in use of force against looters, rioters under proposed legislation 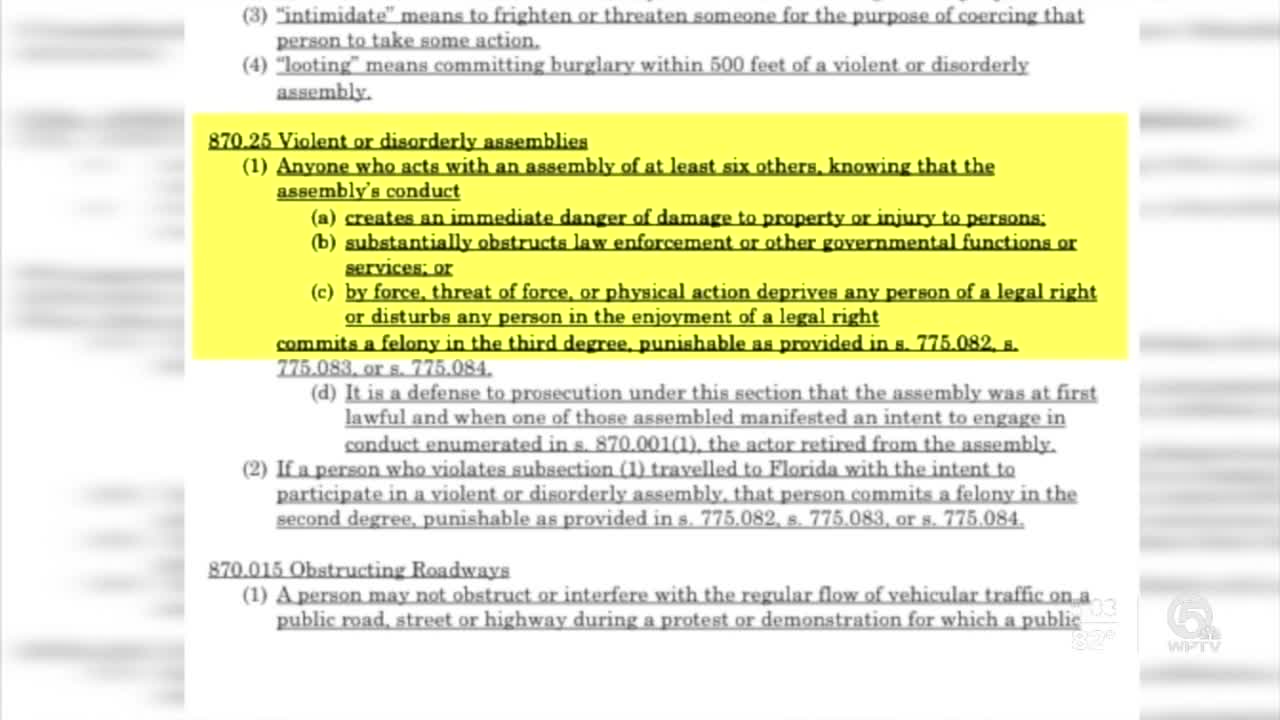 A new proposal aims to expand Florida's "stand your ground" law to business owners in the event of rioting or looting, but one Northwood Village owner says he'd leave the protecting to the professionals.

WEST PALM BEACH, Fla. — There were days earlier this year that Will Davis worried about whether riots and looting would erupt near his Northwood Village business.

"That thought always crossed my mind," the owner of Day by Day Shoppe said.

But Davis said he'd leave the protecting to the professionals, even though a new proposal by Gov. Ron DeSantis aims to expand Florida's "stand your ground" law for business owners in the event of a riot or "violent or disorderly assembly."

"Violence on top of violence is never going to resolve, you know, anything," Davis said.

The draft proposal would make rioting -- defined as "unlawful assembly to pull down or destroy a dwelling or vessel" -- a third-degree felony. It would also allow business owners to use force against looting or criminal mischief that results in the impairment or interruption of their businesses.

"There are certainly lots of business owners and people who rightfully use firearms (who) do want this additional protection, absolutely," West Palm Beach attorney Ron Herman said.

But, Herman said, the proposal, as it is written, would also place a burden on an owner to interpret a potential threat to his or her business during a violent assembly.

"I think it puts the business owner in a position to make a split-second decision that law enforcement officers have training and experience to make," Herman said.

At least eight peaceful demonstrations carried out in Palm Beach County this year have been organized by Weidmayer Pierre, but the proposed legislation has him thinking twice about his safety.

"It's basically giving people a free card to kill," he said.

Under the proposal, demonstrators who block a roadway without an assembly permit could be charged with a third-degree felony. It goes on to say that a driver "who unintentionally causes injury or death to a person who obstructs or interferes" with the flow of vehicular traffic during a violent or disorderly assembly "is not liable."

"I think that word is going to be scrutinized and examined -- unintentionally," Herman said.