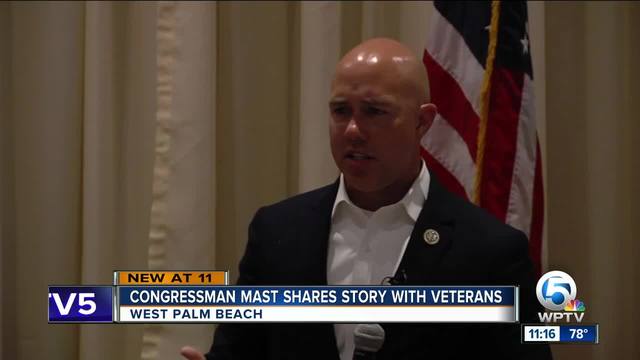 As many people celebrated Veteran’s Day Monday, one of the more well known Purple Heart recipients in our area spoke to a group of veterans working to be successful in life after serving. 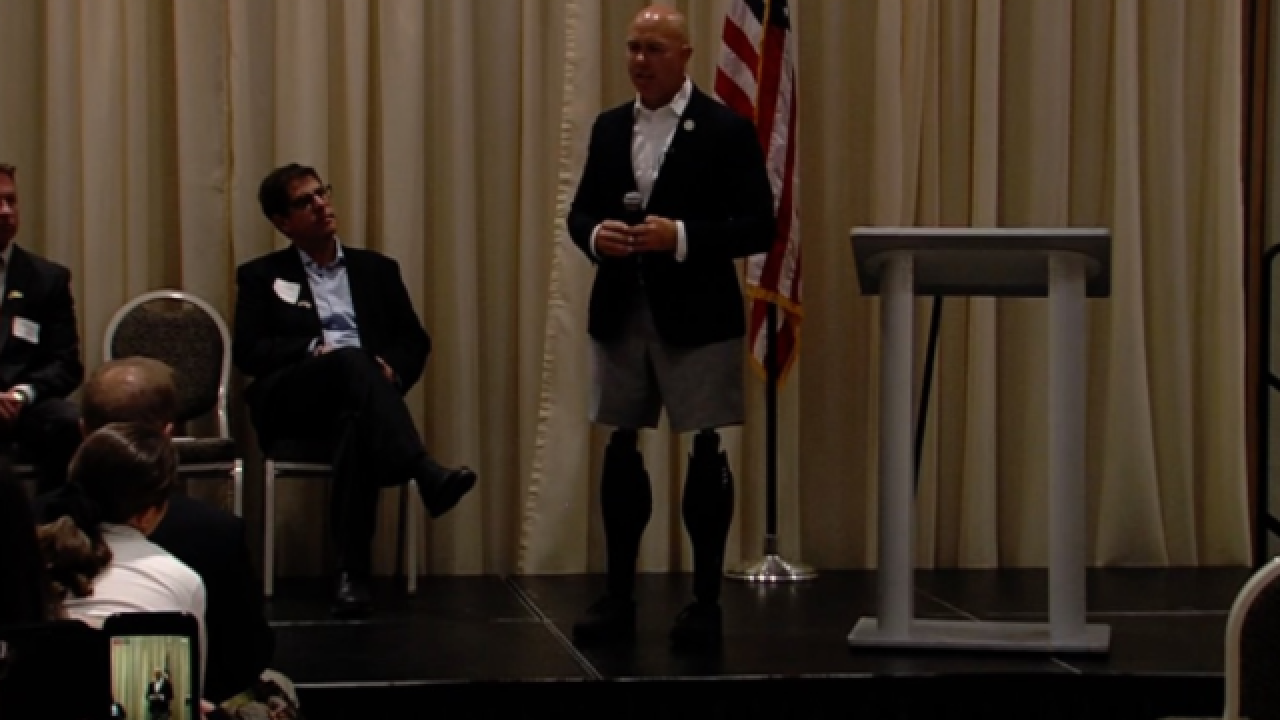 As many people celebrated Veterans Day on Monday, one of the more well known Purple Heart recipients in our area spoke to a group of veterans working to be successful in life after serving.

Mast hoped his story of surviving grave injuries and still finding success in life would inspire local veterans that they, too, can succeed after the military.

Despite your political preferences, one thing most people can agree is that Mast has a lot of pride in his country, especially after serving in Afghanistan.

“There’s nothing closer to my heart,” Mast said.

He told a room full of veterans and students about how his military story came to an end.

He recalled working ahead of his team to make sure they were safe from explosives when one detonated under his feet.

“I landed some five to ten feet from where I was standing… I was trying to figure out what was the extent of my injuries. I was realizing there was a pretty good reason I couldn’t stand up,” Mast said.

In a moment where he might have felt defeated, he overcame his injuries.

He told the student veterans that they, too, can overcome any challenges.

The veterans Mast spoke to are working on moving forward in their own ways from the military, by getting jobs. They are all getting or have received an education at New Horizons Computer Learning Centers of South Florida.

“Many of our students are in our veteran program,” said New Horizons Computer Learning Centers General Manager Krista Wade. “We’re hoping that his story is going to inspire our veteran students. It gives us an opportunity to celebrate them.”

“It can be difficult to find your pathway after the military,” Mast said. He supports veterans getting an education to get a solid foundation. “Just trying to help veterans understand that life goes on.”

Moreover, he also hopes more employers will take the time to learn the value and skills veterans can offer.

“Those military skills transition into whatever they’re working for in the civilian workforce," said Mast.