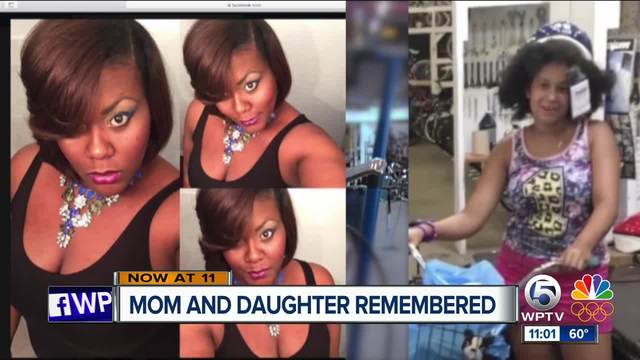 People from around the neighborhood as well as friends, both young and old, came together for a candlelight vigil Saturday night around a memorial filled with stuffed animals, flowers, pictures, balloons and other tokens of love to remember Kaladaa Crowell and Kyra Inglet. 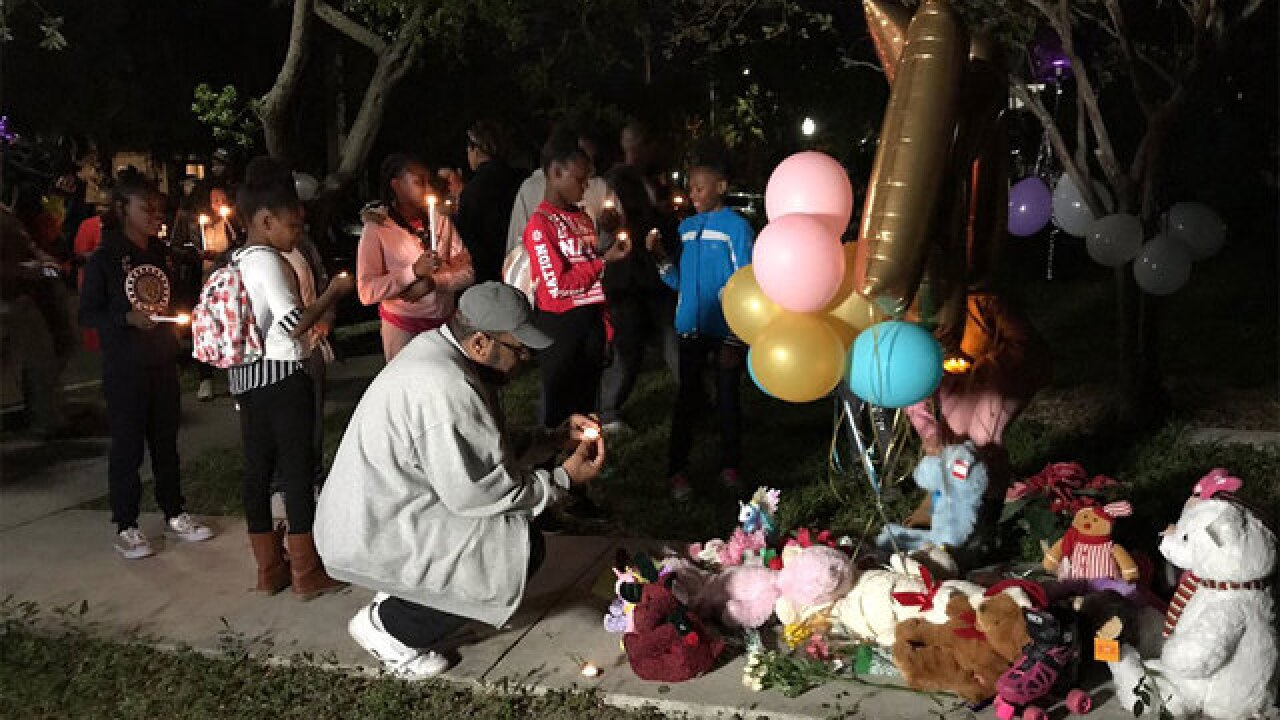 Kaladaa Crowell and Kyra Inglet, who both died after being shot at their home on 3rd Street in West Palm Beach Thursday, live on within the community.

“I ask that everybody remember them as the people they were," said Al Blount, a neighbor. "They were good people. Real nice.”

People from around the neighborhood as well as friends, both young and old, came together at the site of the murder for a candlelight vigil Saturday night around a memorial filled with stuffed animals, flowers, pictures, balloons and other tokens of love.

“I just want Kyra to know and her mom that we miss them very much," a young girl said.

Everyone held candles as they prayed, talked about their heartache and favorite memories and supported each other through the grief.

"She was just a sweet and loving person," said Centralia Hines-Bergman, who was in a group called Circles with Kaladaa. "Didn’t do anybody any harm. Somebody who you would want to know. Everybody wanted to know Kaladaa."

“She was the life of Coleman Park and it’s going to be tragic when the kids have to come back and she’s not there,” said Debra Tendrich, founder of Eat Better Live Better.

Hines-Bergman described Kaladaa as a budding entrepreneur, who also motivated others.

“She would be like, 'You can do it. You can do entrepreneurship. You can do whatever you set your heart and your goals out to do,'" she said.

Both children and adults described Kyra as an active social butterfly and a treasured friend.

"She was always so happy and she was one of the leaders in our group and she’s the one who got everyone excited to be a part of something," Tendrich said.

“Kyra was one of our safety patrols, so we saw her quite frequently on her duty posts,” Northboro Elementary School Principal Gayle Harper said.

Kyra attended fifth grade at Northboro Elementary, which will have grief counselors on site in addition to the school counselors when students return from winter break.

"This is quite different. Different experience for me and probably everyone on that campus," Principal Harper said. "We’ll just have to go through this, walk through this together."

The community display of support Saturday showed both mom and daughter were, and still are, so loved.

"Even though I won't see her until I pass, but I know she's in a better place right now," a girl said through tears.