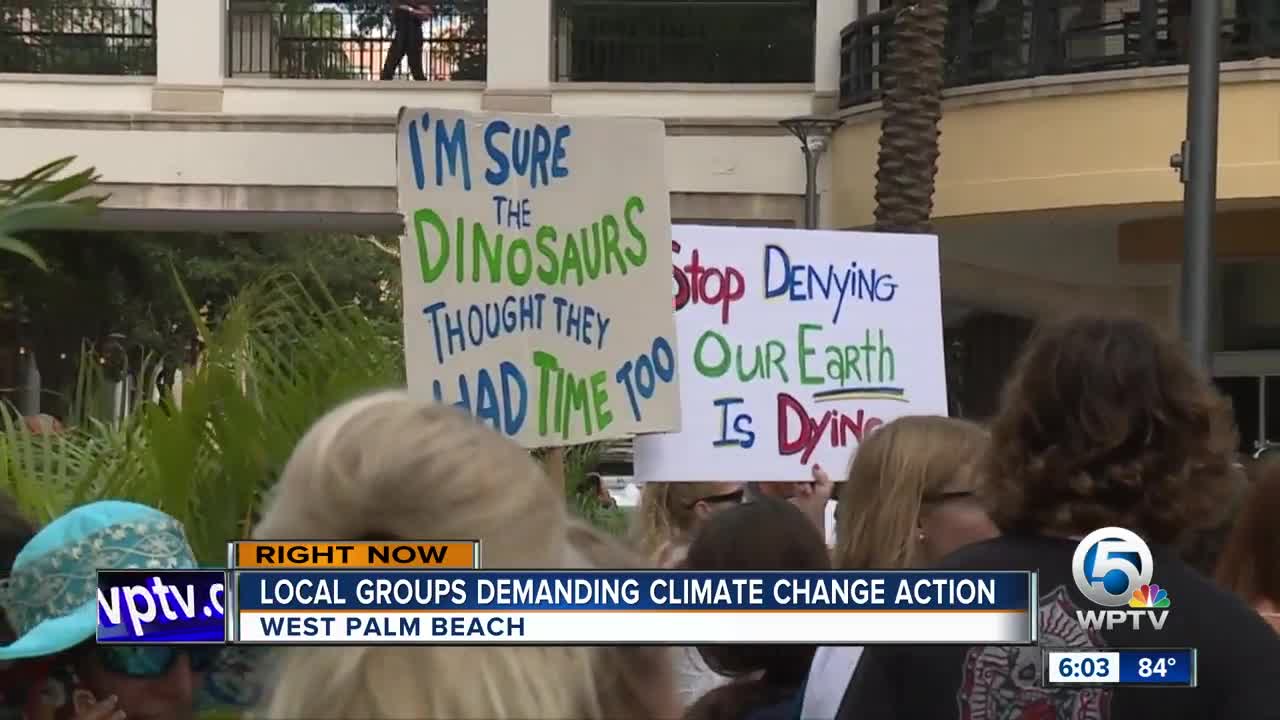 People are protesting in West Palm Beach to bring attention to climate change. 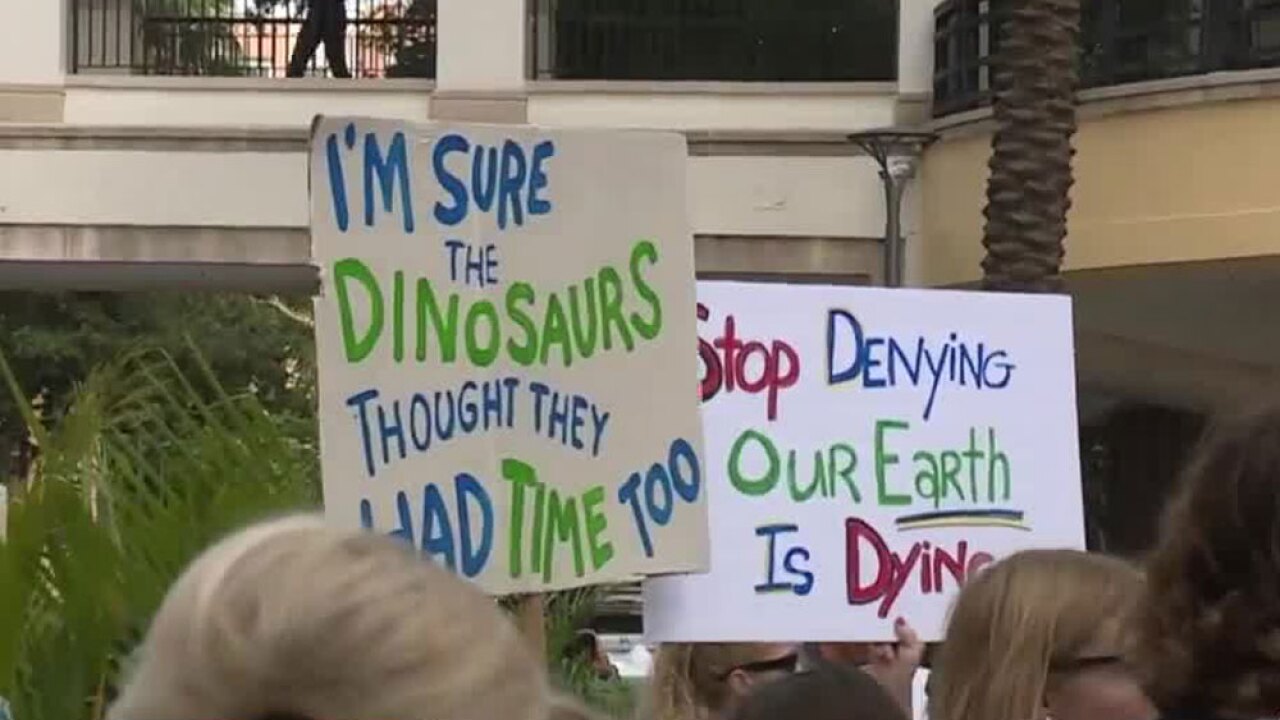 It comes as millions of people around the world protested, hoping to gain the attention of world leaders to fight the climate crisis.

Students chanted in the streets across the U.S., and in 150 countries around the globe. In some cases, the kids skipped school, sounding the alarm and demanding action to end climate change.

“We’re hoping to display the urgency behind climate change. An IPCC report warns that we only have until 2030 to change the way that we live, produce and consume,” said Samuel Gerstein, who helped organize the Palm Beach Climate Strike.

In Palm Beach County, students started gathering outside The Harriet Himmel Theatre in Rosemary Square after class. Armed with signs, the protesters said more needs to be done to address the global climate crisis.

“Just think about future generations, they deserve to live on this Earth a lot longer and there’s so much more to work towards,” said Kemely Romero, who also helped organize the protest.

Marching through the streets to Trinity Park, the crowd chanted for climate justice, and let leaders know there is no Planet B. They said urgent action is needed to protect the planet, and they’re calling for an end to fossil fuels.

“We want to send that message that it’s not possible to have moderate policies in order to solve climate change,” Gerstein said.

“This is the main thing that everyone should be talking about today and every day because it’s impacting all of us,” said Kiana Romero.

A moment of silence was held for the victims in Puerto Rico from Hurricane Maria and in the Bahamas from Hurricane Dorian. Organizers say this is just the beginning and they plan to hold more events in the coming months.