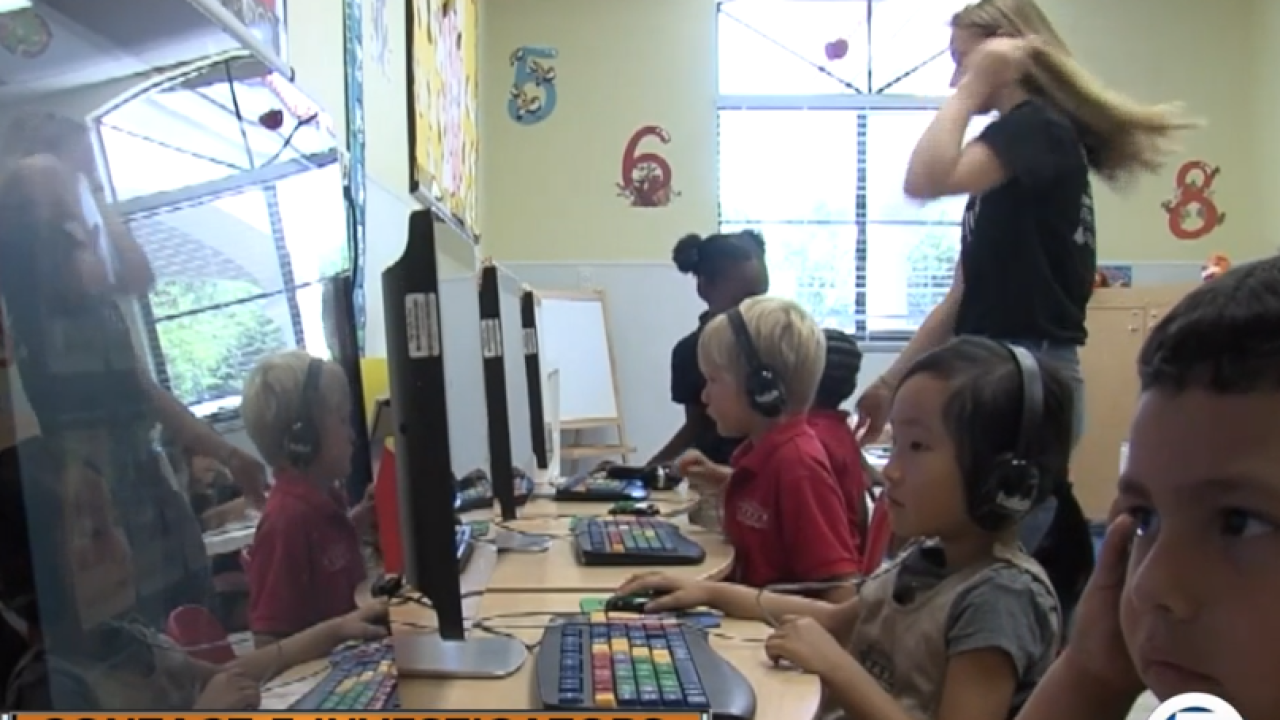 PALM BEACH COUNTY, Fla. — For months now Contact 5 has been uncovering, and highlighting the problems teachers and parents say, are surrounding Voluntary Pre-Kindergarten.

As the new school year gets started, we've learned changes are coming, at least to Palm Beach County.

The Early Learning Coalition of Palm Beach County is listening. They have purchased the rights to the STAR Literacy program. "We are really taking this seriously, we are never going to sacrifice how important it is," says ELC CEO Warren Eldridge.

A version of the STAR Literacy test is given to VPK students when they enter kindergarten, 3 months after the VPK school year ends. It's a test causing a lot of controversy because of its timing.

"It’s important for us to know exactly how these kids are being tested," says Larissa Silva. She owns Home Away from Home Learning Centers.

She has the same questions as hundreds of other VPK providers across the state.

"How do we know exactly how they are testing them when they get to kindergarten?" says Larissa Silva.

Questions Contact 5 has reported on multiple times and brought to the attention of local and state education leaders.

The state test is supposed to determine if a child is ready for kindergarten, and the grades reflect back on the VPK provider.

The scores have not been good. <link old article>

The Early Learning Coalition hopes they can ease some of the pain, for free.

"We’re paying for it," says Eldridge.

They have a version of what this test could look like, so students and teachers know what to expect.

"It will work side by side in the curriculum they’ve already picked. It’s not a force, it’s just an additional tool that they can use. There is no cost, we’re even going to offer training," says Eldridge. "It’s something merely to help them design an instructional program for the kid."

Eldridge says providers can contact him if they are interested. They don't want kids, parents, or teachers, to be scared of the next step.

"What we’re doing is hoping to level the playing field for all children. For example, if a child goes into school, it’s not going to be new to them. It will be something they have seen and they will be exposed to," says Eldridge.

They also started another new initiative this summer, sending out reading and math materials to more than 50,000 children and families to help with the summer slide (the gap between the end of the VPK year and kindergarten).

The Office of Early Learning is still working with the state to change the way VPK providers are graded. They want the state to not only look at the STAR literacy test scores but include learning gains in a teachers' evaluation.

A bill to change that died in the Legislature last year.

"What we want to do is to make sure that providers that are really serving our highest need children, that they are recognized when they make phenomenal gains. That child may not have reached that benchmark but they may have done extraordinary things during that year. When they do that, they should be rewarded," says Eldridge.