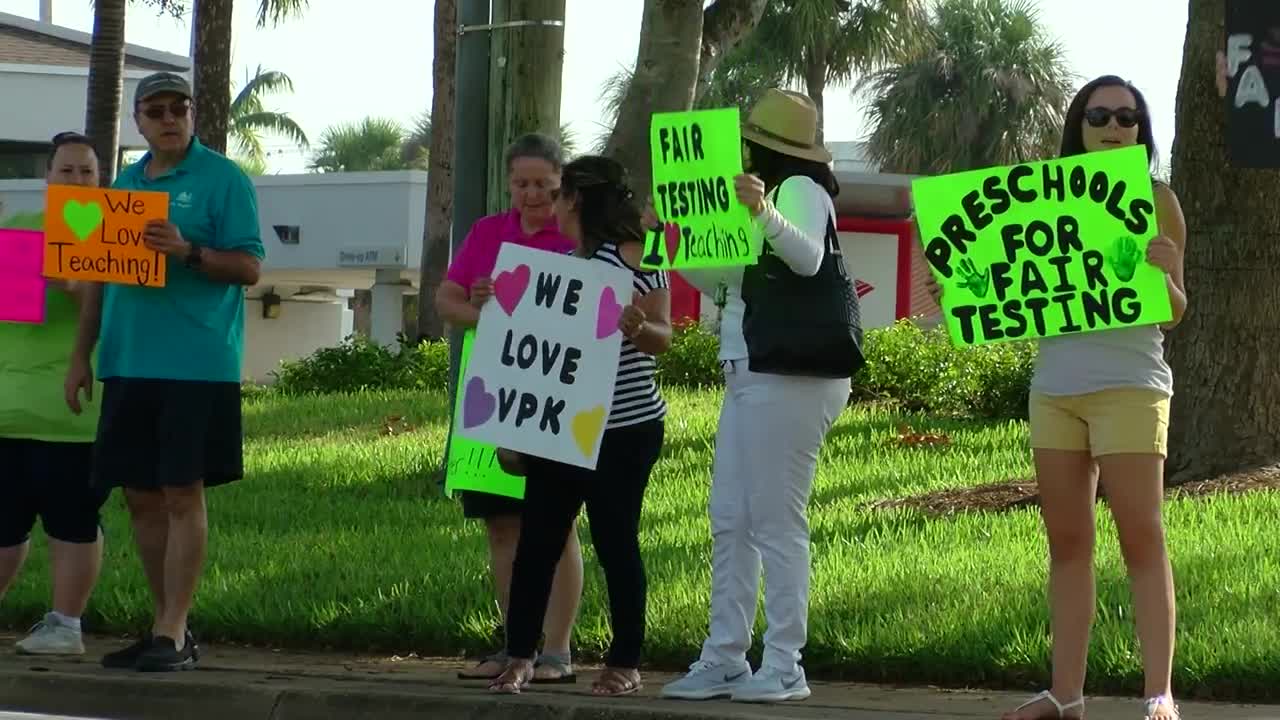 More than a dozen preschool teachers from across Palm Beach County rallied Saturday, demanding changes to the Voluntary Pre-Kindergarten system. 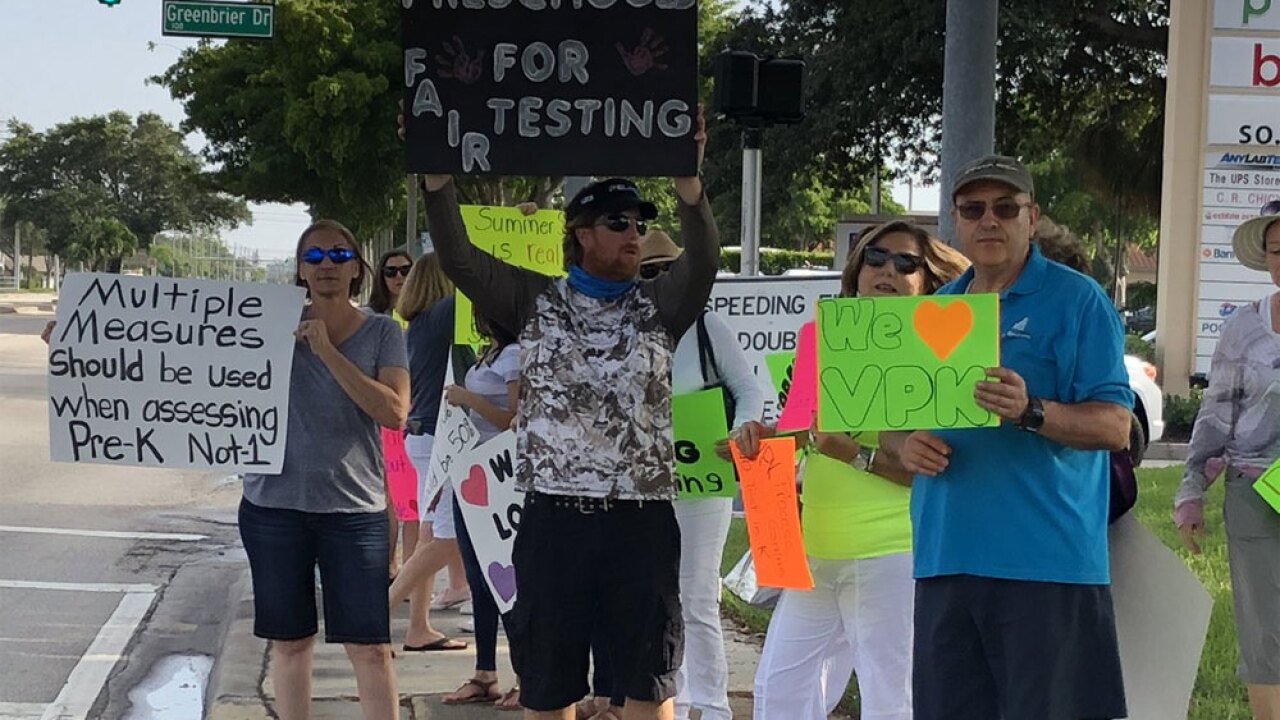 PALM BEACH COUNTY, Fla. — More than a dozen preschool teachers from across Palm Beach County rallied Saturday, hoping to get the state's attention.

They are demanding changes to the Voluntary Pre-Kindergarten system. VPK is a free program designed to give children a jump start.

"I need all the parents who have children in VPK and all the powers that be that oversee VPK to realize that children are not failing, your test is failing," says Sydney Ross, owner and operator of Whiz Kidz Child Care.

Ross, an educator for 40 plus years, is talking about the state's Kindergarten Readiness test. It's a standardized test, given to 4 and 5 year old on computers, 3 months after they graduate VPK.The teachers out on Congress Avenue Saturday, and more across the state, say it just doesn't make sense, for a number of reasons.

"It's not age appropriate, I'm an educator and you don't test children at that age," says Martha Bereicua, of ABC Montessori Academy. "You assess them and you measure their gains and that's about it, and you work with that."

"A lot of our kids go into this testing in the public school system, and they've never been in front of a computer test. They don't know what a computer test is. They're in an environment away from a school they're comfortable in, they're away from the environment they've been in the last year, with strangers they don't know, and they're being assessed," says Teri Dillon, director of Beginnings Preschool and Early Learning Center, off Lantana Road.

For 2 years now the state has been scoring VPK providers based on the test scores. The state says, scores for the 2017-2018 VPK year, show 42% of children failed this "final" test.

We broke down the numbers even further, going by county. 64% of providers in Palm Beach County have failing grades, meaning their kids aren't passing this test. Providers argue those same kids passed smaller assessments, taken on flip books, throughout their VPK year.

"We all know what's wrong, the testing methods," says Ross. "I don't want to get blamed and reported to the governor because the test is failing, not my teachers."

These teachers don't have a problem with being held accountable by the state, but argue it should be fair. They say VPK was started as a way to get students ready for kindergarten through hands-on learning, not a computer test.

"If a child, socially and emotionally comes to us, and they can barely talk to another child or be aware from their parents, and we take them from that and turn them into a confident, strong child, then we've prepared them for kindergarten," says Dillon.

"We need to fix it, we need to do it together," says Ross.

Contact 5 has reached out to the Education Commissioner, Richard Corcoran, for a sit-down interview. We are working on a time and place with the Department of Education.

The state has said they would count what's called learning gains as part of a providers' score next year, but provider says it will only count for 10% when learning gains are what they spend all year working on.