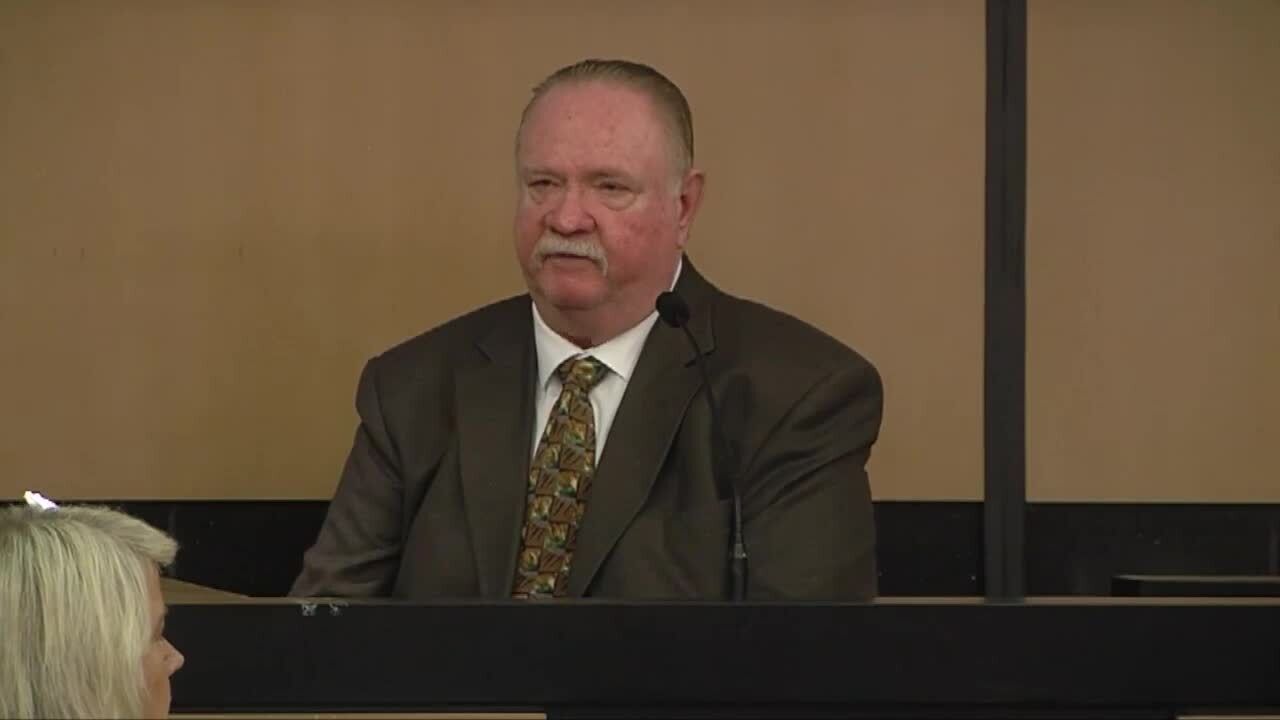 Copyright 2021 Scripps Media, Inc. All rights reserved. This material may not be published, broadcast, rewritten, or redistributed.
Retired Palm Beach County Deputy Carlton Nebergall testifies in his own defense during his retrial, March 10, 2020, in West Palm Beach, Florida.

WEST PALM BEACH, Fla. — A retired Palm Beach County Sheriff's Office deputy who shot and killed his estranged son-in-law is back at home while awaiting word on his appeal.

Nebergall, 64, was convicted of manslaughter in March for the February 2018 fatal shooting of Jacob Lodge. Gillen sentenced Nebergall to 13 years in prison in September.

Gillen's Nov. 24 order specified that Nebergall could be released from jail on a $500,000 bond, on the condition that he remain on house arrest and wear an ankle monitor.

Gillen on Wednesday agreed to modify the conditions of Nebergall's house arrest so that he may leave to go grocery shopping for an hour each week, including travel time.

The modified order also allows Nebergall to be outside his house, but on his property, from 6 a.m. to 5 p.m. That includes his backyard, patio, garage and to walk to his mailbox.

Nebergall had been in jail since his arrest. He was initially charged with first-degree murder, but jurors convicted him on a lesser charge during his second trial.

A mistrial was declared in Nebergall's first trial last year because a juror was caught using a cellphone while his defense attorney was making his closing arguments.