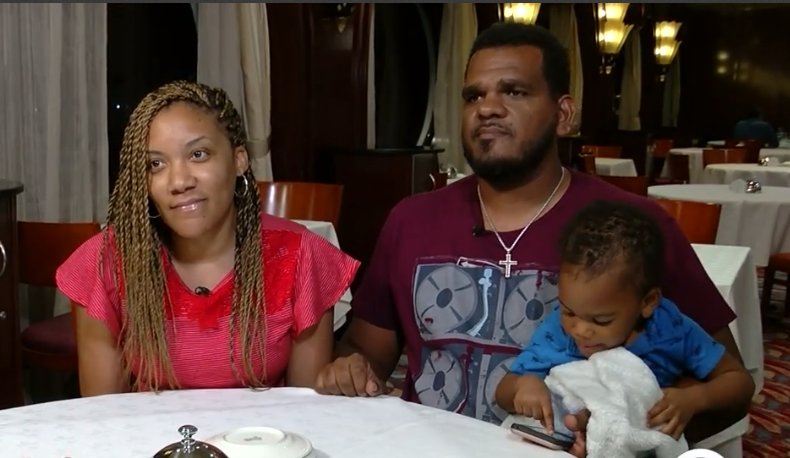 Much of Marsh Harbour, which was flattened by Hurricane Dorian, is a ghost town. A family's unbelievable nightmare in the Bahamas. 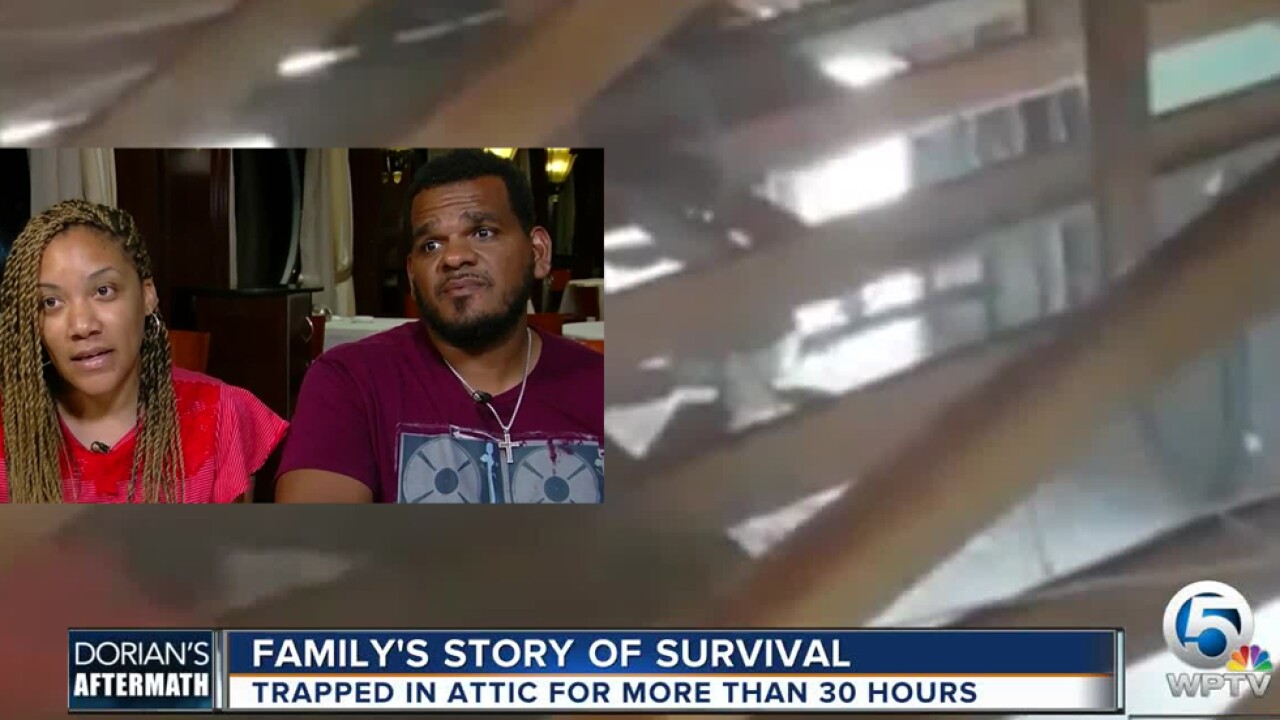 A family’s unbelievable nightmare in the Bahamas played out as they were trapped in a hot attic for more than 30 hours as Hurricane Dorian raged around them.

Huge waves crashed against the walls as Dorian’s powerful winds whipped through Kelly and Philip Pinder’s home. Their family was trapped in the attic with only a few feet between the rafters and the rising water. With each passing moment, the nightmare grew worse, and the family feared they may not make it out alive.

“We just didn’t know when it was going to end,” said Kelly Pinder. “I was just prayerful, I said Lord you’re just going to have to be with us in this.”

For more than 30 frightening hours, Kelly and Philip held their 20-month-old, Jaymin, and their two daughters as Dorian stalled over Grand Bahama. Kelly’s aunt and cousin were also inside watching the water beneath them. The family has been through hurricanes, but Dorian was a monster never seen before.

“The house has always survived, we never had water or an experience like this,” Philip Pinder said.

“We were shaking, we were very cold and it was very loud,” Kelly said.

But through the grace of God, Kelly’s cellphone still had power. She was messaging friends, and word spread to their other friend, Oneil Khosa, the CEO of Bahamas Paradise Cruise Line.

“This was one of these things that kept grabbing my attention, I kept thinking about the children up in the attic and the rising level of water,” Khosa said.

This family’s story was just one of the reasons the Grand Celebration sailed to Freeport last week stocked full of volunteers and supplies and helped more than 1,100 Bahamians escape the devastation. Kelly, Phillip, and their family were on board and arrived safely in South Florida. They are left with practically nothing and are now staying with friends in Boca Raton.

“Though this is a point in our lives when we don’t have much material things, we still feel richer than we ever felt,” Kelly said.

“We’re just one of the stories, and we’re just happy that we’re alive to tell the story,” Philip said.