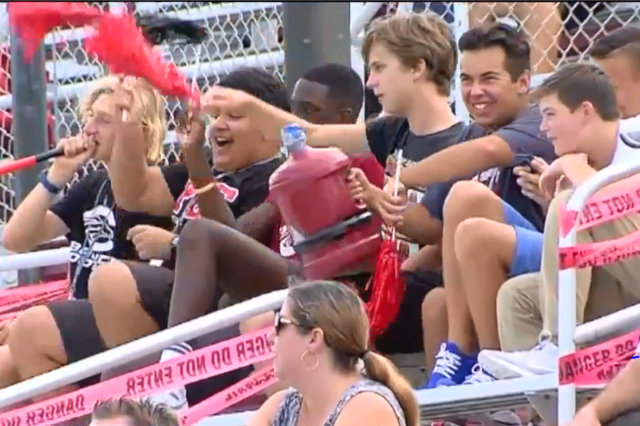 Players and fans returned to the field, where just two weeks ago, two people were shot in the adjacent parking lot during a football game at Palm Beach Central High School in Wellington. 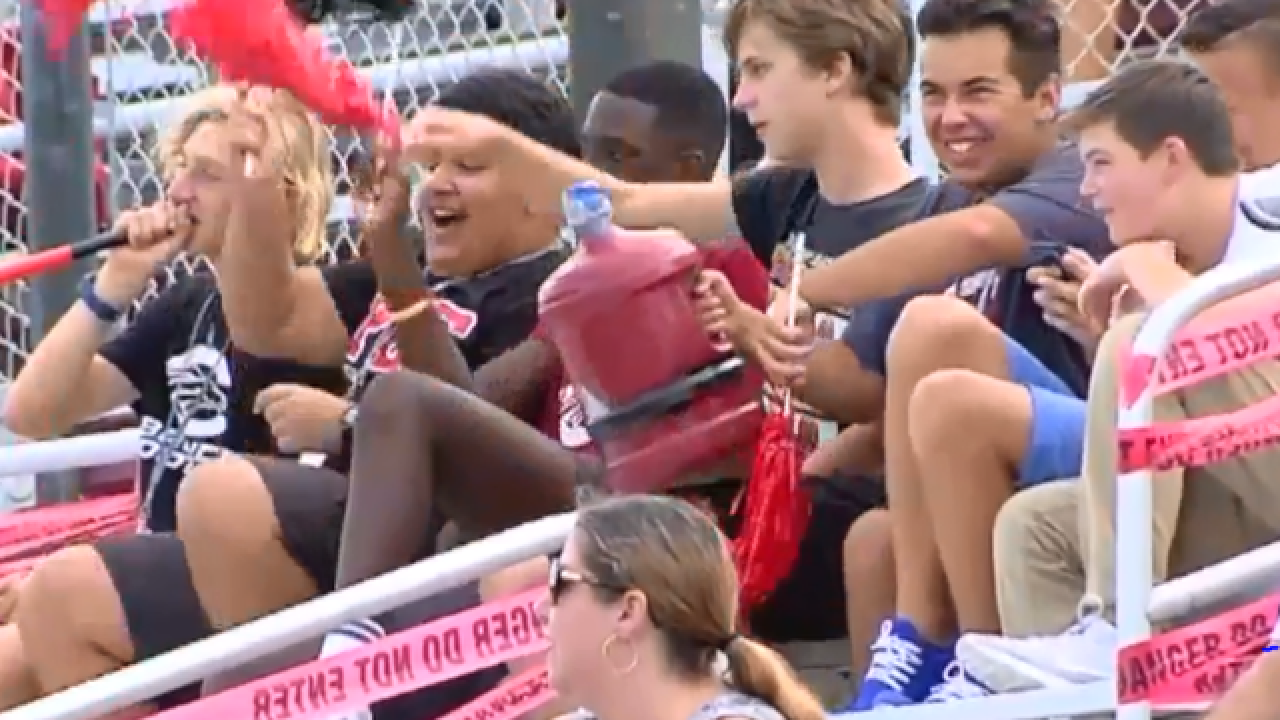 Players and fans returned to the field, where just two weeks ago, two people were shot in the adjacent parking lot during a football game at Palm Beach Central High School in Wellington.

This is where Eddy Estela was about 7 minutes into the 4th quarter two Friday ago, serving Italian ice, in the Rita’s stand under the home bleachers.

“When the whole thing went down, it changed. The moods changed. Everybody ran. Everyone was panicking. Parents were freaked out,” he said.

Anaya Chavers was in the stands, where she is tonight, with the same group of friends.

I interviewed her, with her mom, after she safely escaped.

“I just immediately feel the ground shaking and I just see everybody immediately start running,” she said then.

At the crack of gunfire, Eddy bolted from his post, taking the cash box with him. Minutes later, he was jumped.

“I got all that money stolen that I earned working all day. It was pretty scary,” he said.

Tonight, Eddy is anchored down just beyond the main entrance, where security is noticeably tighter. That has put Anaya at ease. She’s her boisterous self-watching the game.

“It feels the same, you know? It feels better like we feel more safe. I’m still pumped up, still me, still hyped,” she said.

She also noted the crowd is thinner than it was in mid-August.

“I don’t know if everybody is scared or not coming back. It was way packed around this time,” she said.

There is something lingering. An anxiety. It’s normal, Eddy says. As Friday night lights in South Florida take on its new normal.

“It’s okay to be worried a little bit. I’m pretty sure everyone else is,” he said.

There were no reported incidents at the game tonight. Palm beach central won in a blowout.

Some of the major security changes at high school football games are moving the kick off up in most cases to 6 p.m., banning backpacks (only clear bags are allowed), no re-entry, and no entry after halftime.