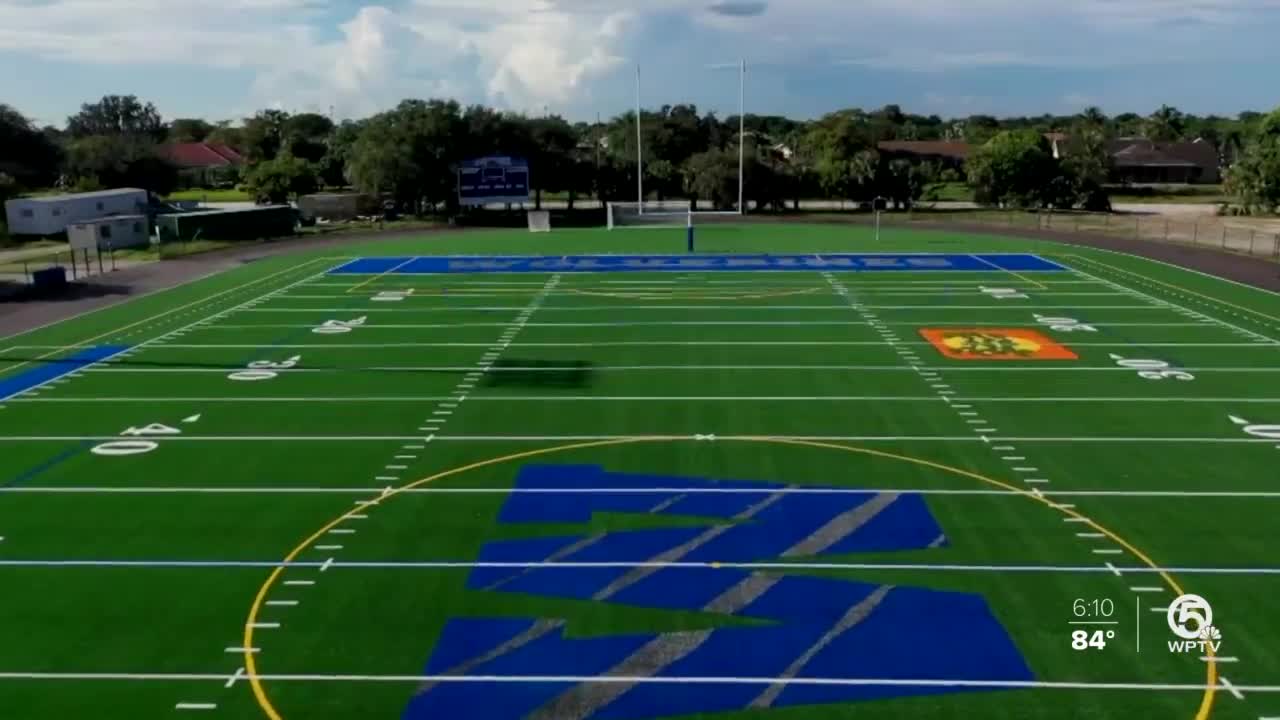 The first phase of the Wellington High School Sports Complex Project has been completed just in time to kick off the upcoming football season.

WELLINGTON, Fla. — For the past few months, John Stucchi has been watching the bulldozers pushing dirt, machines pumping water and changes taking place behind his home in Wellington.

"Just seeing major construction going on, it was interesting to me," Stucchi said. "I wasn't really sure what was going on there since I saw that they took out the tennis courts."

The first phase of the Wellington High School Sports Complex project has been completed just in time to kick off the upcoming football season.

Construction crews tackled challenges caused by COVID-19 and were able to finish on time.

"In our minds, it's a win-win," Assistant Village Manager Jim Barnes said.

The Village of Wellington has partnered with the School District of Palm Beach County to upgrade the shared-use stadium. The football field has been resurfaced with synthetic turf and the stadium has been renovated.

"Now we'll have use during the day from the school, the students at the school, as well as in the evenings and weekends from our participants," Barnes said.

Construction is now underway on Phase Two, which includes building new tennis courts and batting cages, and is expected to be completed by January 2021.

Then, the final phase will include four new multi-purpose fields, a concession stand, as well as a kickball and track and field facility.

"Together with that, we're constructing three outdoor basketball courts, primarily for our use for practices," Barnes said.

The $12.2 million project has been funded primarily by the half-cent sales tax approved by voters in 2016.

"I'm really glad that they're still looking towards the future for the sports," Stucchi said, adding that he can hear the football games from his back porch.

Bus entrance improvements will also be made, as well as a new, more efficient parent pick-up and drop-off loop. The goal is to have the entire project completed by the summer of 2021.