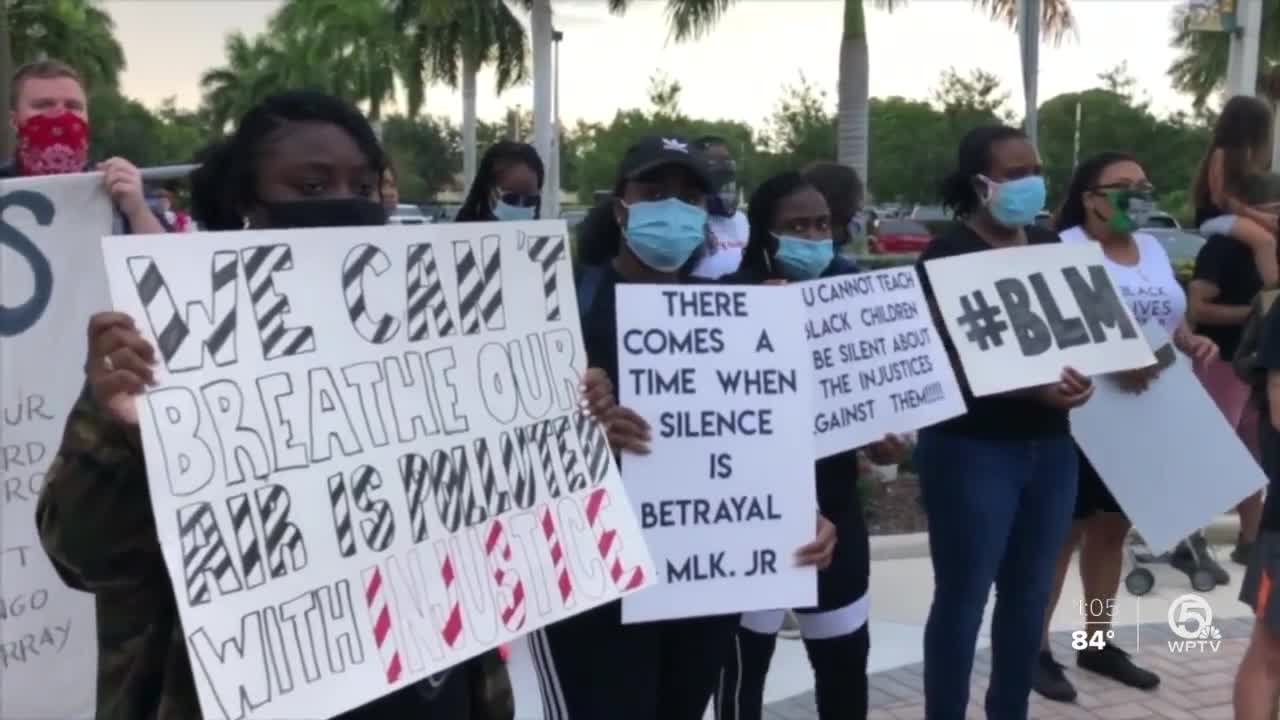 A group of protesters gathered in the Village of Wellington over a statement made by the mayor during recent protests.

WELLINGTON, Fla. — A group of protesters gathered Tuesday night in Wellington over a statement made by the mayor during recent protests.

"No justice, no peace, no racist police," protesters shouted.

Activists lined Forest Hill Boulevard. They lined up with signs in their hands. They chanted to have their voices heard.

"The main reason I came out here today is to stand in solidarity with my brothers and sisters of color," Evagelia Angelakopoulos said.

The group protested outside Wellington Village Hall. The organizer, Weidmayer Pierre, said demonstrators showed up because they had a grievance against Mayor Anne Gerwig.

"To confront what the mayor said about on Facebook, how protesting something that happened very far from here is not going to help at this time," Pierre said.

The comment the mayor made was posted June 1. Much of the crowd moved inside to speak to the mayor during the council meeting.

"It is vital for every politician to understand that racism is a systematic problem and it operates right here in Wellington," he said.

"My comments about not having the protest planned at the mall that night were not about peaceful protests," Gerwig explained. "They were about a protest that we were made aware of that was not a peaceful protest. It was certainly not yours."

The protest continued outside.

"For once we have everybody standing up for one cause," Rodney Gordon said. "It's not just one side. It's everybody. That's a good thing, positiveness."

The mayor thanked everyone who turned out.

"I want to thank the protesters for coming out and for being peaceful and being a very good part of our society," she said.