'I'll show you what [EXPLETIVE] freedom of speech is,' Deputy Charles Rhoads says in video 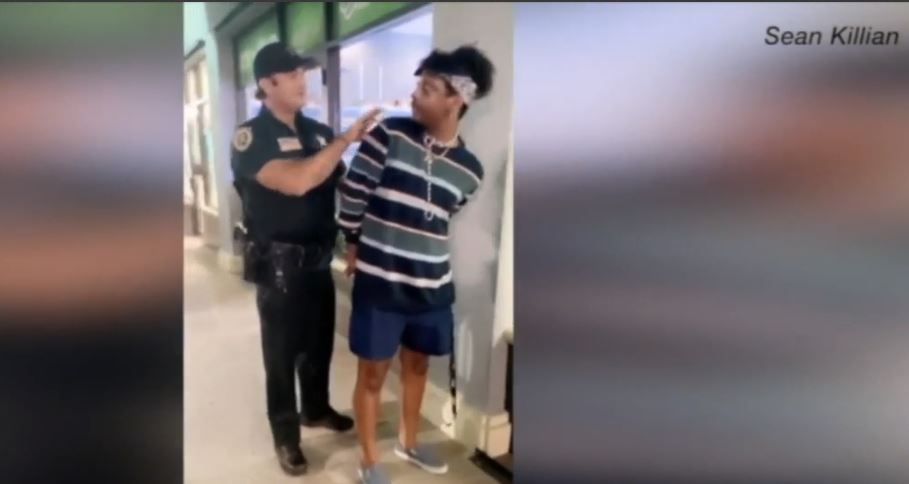 A Palm Beach County deputy is under investigation after video showed him shoving an African-American man against a wall and suggesting he doesn't have the freedom of speech, authorities say. 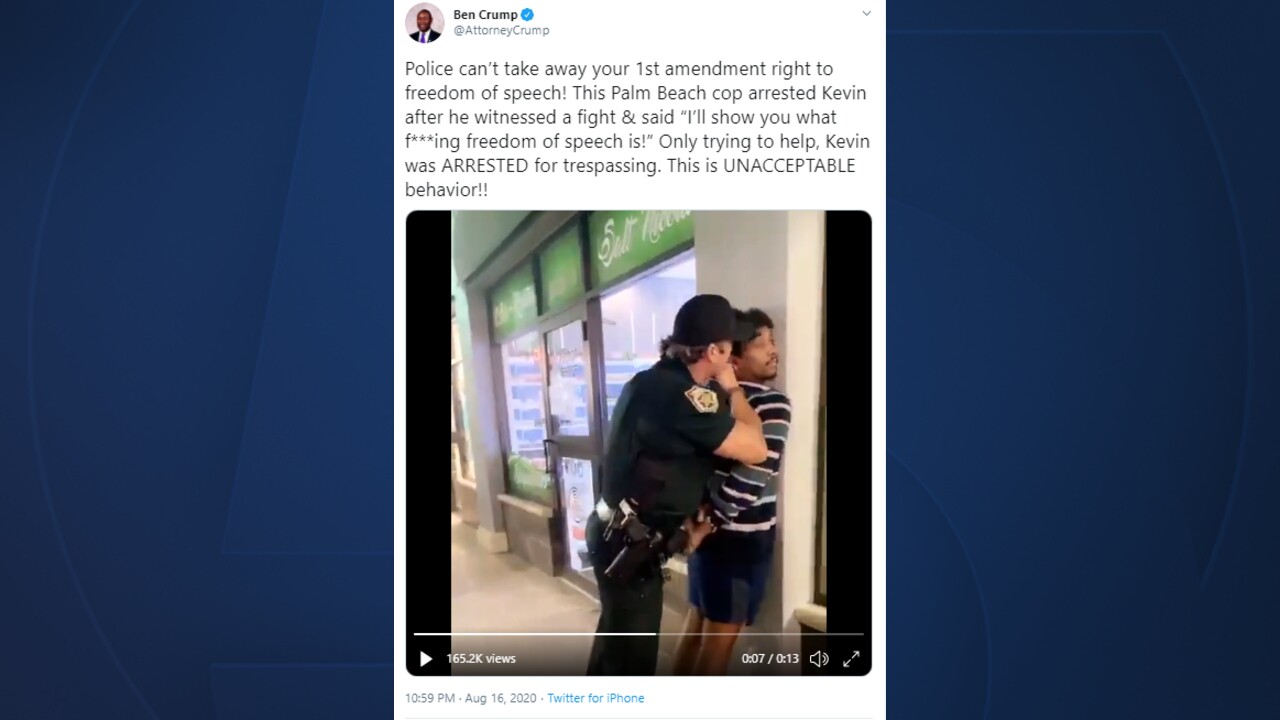 WELLINGTON, Fla. — A Palm Beach County deputy is under investigation after video showed him shoving a Black man against a wall and suggesting he doesn't have the freedom of speech, authorities say.

In the 13-second video posted on Twitter by high-profile attorney Benjamin Crump, a man identified as Kevin Wygant, 19, is seen handcuffed outside a Tijuana Flats restaurant, located at 13860 Wellington Trace in Wellington.

"Yes, I do have the freedom of speech," Wygant is heard saying to the deputy, identified by the Palm Beach County Sheriff's Office as Charles Rhoads.

"Oh, I don't have the freedom of speech to you?" Wygant asks.

Rhoads then pushes Wygant against a wall, leans in close to his ear and says, "I'll show you what [EXPLETIVE] freedom of speech is."

Police can’t take away your 1st amendment right to freedom of speech! This Palm Beach cop arrested Kevin after he witnessed a fight & said “I’ll show you what f***ing freedom of speech is!” Only trying to help, Kevin was ARRESTED for trespassing. This is UNACCEPTABLE behavior!! pic.twitter.com/H6mRgiuD9y

According to Wygant's arrest report, Deputy Rhoads responded to the Tijuana Flats on Saturday around 9 p.m. after getting a call about unwanted guests.

The restaurant had requested PBSO remove several individuals from the property "due to them causing a disturbance in the restaurant," the arrest report stated.

The arrest report went onto say a PBSO sergeant asked Wygant to leave the front of the restaurant several times, and when he kept coming back, he was arrested for trespass after warning.

On Monday, the Palm Beach County Sheriff's Office released this statement about the actions of Deputy Rhoads:

"We have identified the Deputy who responded to the disturbance that occurred yesterday evening at a restaurant in the Village of Wellington. Sheriff Bradshaw does not condone the behavior of our deputy and takes this matter very seriously. He has requested an internal affairs investigation into this incident. Our deputy has been placed on administrative leave until the conclusion of this investigation."

The sheriff's office added that two people were arrested because of the incident at the restaurant.

We have ID'd the Deputy on the video circulating social media. @RicBradshaw does not condone this behavior and takes this matter very seriously. He's requested an IA investigation into this incident. Our deputy has been placed on leave until the conclusion of this investigation.