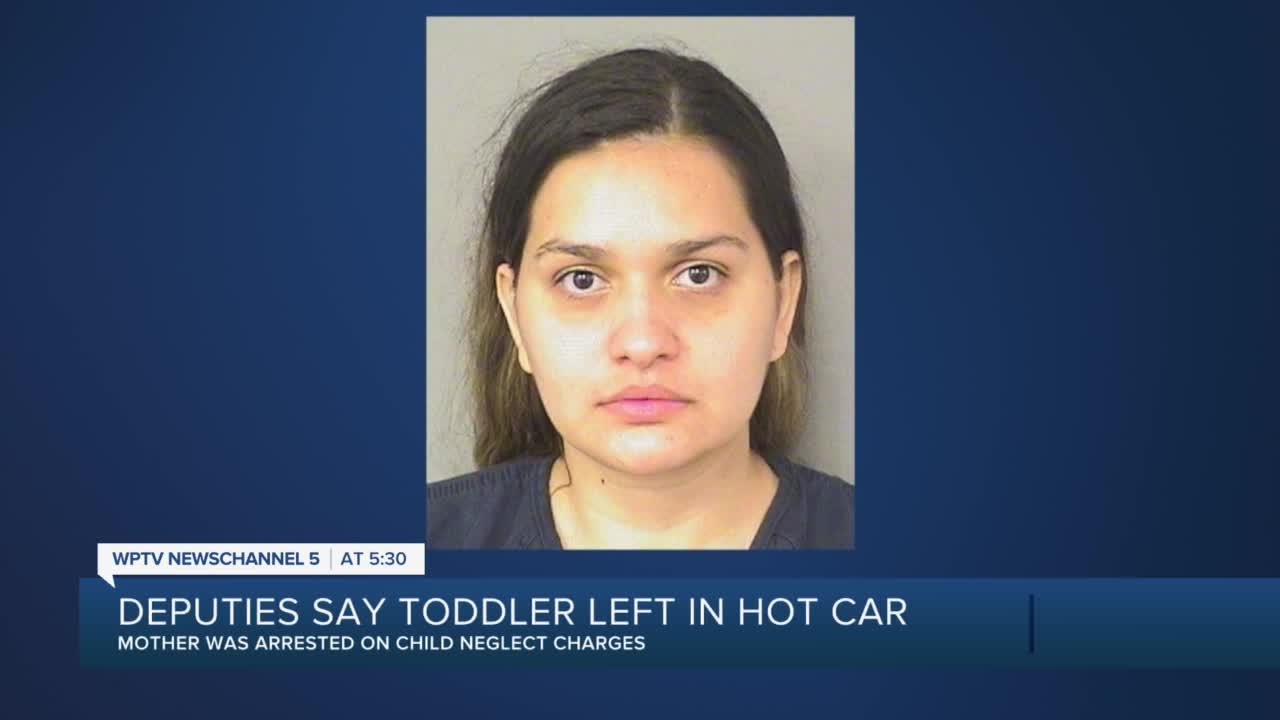 A Belle Glade woman was arrested after deputies said she left her toddler in a hot car while she was shopping at the Mall at Wellington Green. 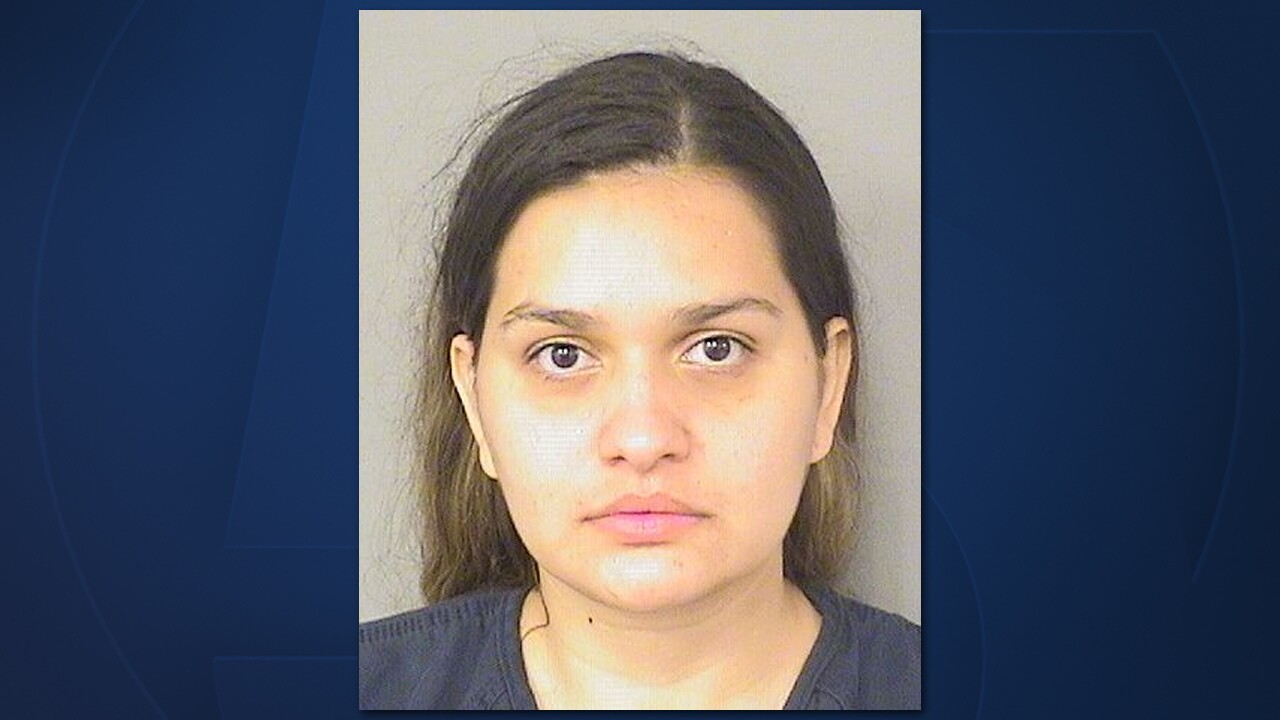 WELLINGTON, Fla. — A Belle Glade woman was arrested Monday for leaving her toddler in a hot car while she was shopping at the Mall at Wellington Green.

Palm Beach County Sheriff's deputies Monday afternoon responded to a 911 call of a 2-year-old girl being locked by herself inside a parked vehicle.

When deputies arrived they observed the toddler sitting in a car seat in the middle of the back seat.

Sheriff's spokeswoman Teri Barbera said the girl was crying, sweating and appeared to be distressed.

In fear of the girl's safety, the responding deputy immediately broke the driver's side window and removed the girl from the vehicle.

A Palm Beach County Fire Rescue crew arrived and treated the toddler at the scene.

The investigation determined that the girl was left in the vehicle for nearly 25 minutes while her mother, Thamyres Ponce, 32, was shopping inside the Macy's department store.

Ponce was arrested on a child neglect charge.