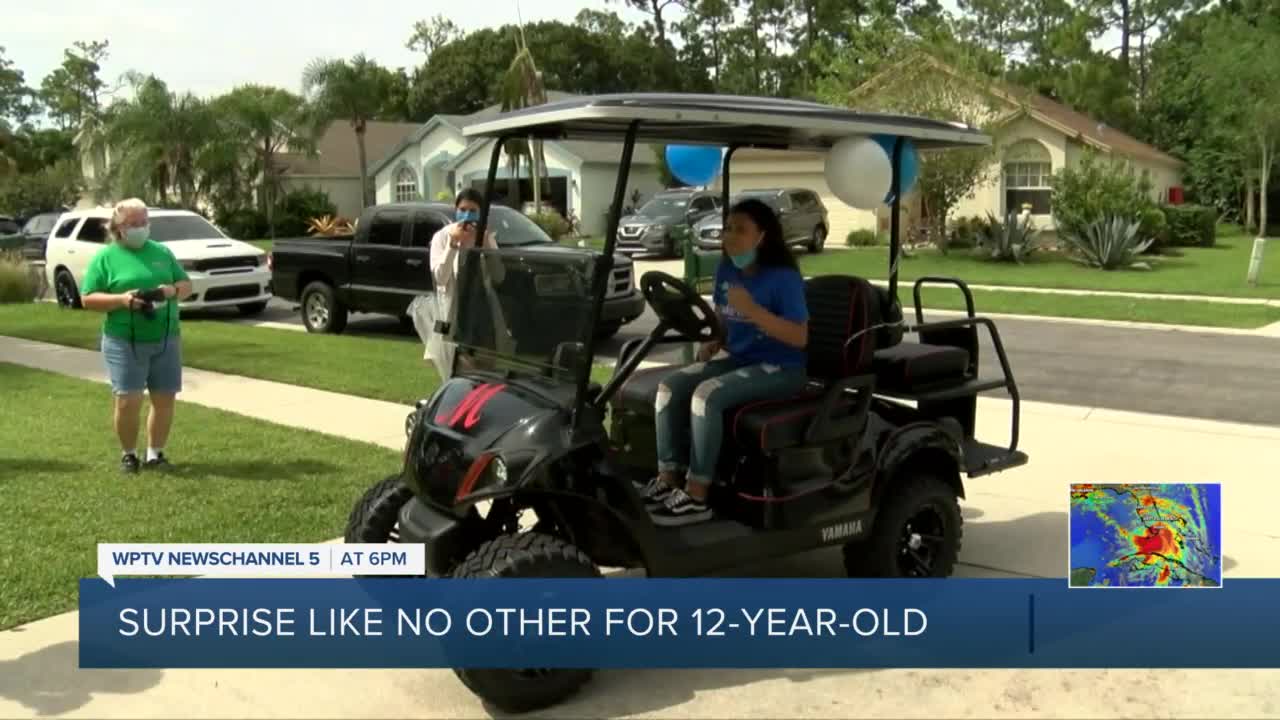 A 12-year-old girl battling a chronic illness received a special gift from the Make-A-Wish Foundation.

A 12-year-old girl from Wellington was granted a life changing wish Saturday by the Make A Wish Foundation of Southern Florida.

Marianna Mohar was recommended to the foundation by her physician.

She's been battling an autoimmune disease for over 5 years that causes severe pain in her chest, back and shoulders.

Mohar told the foundation she wanted a golf cart so that she and her friends could ride around her neighborhood but was told that was too expensive and would instead be getting a dog.

When she stepped outside on Saturday, that was far from the case.

In her driveway was a fully customized one-of-a-kind golf cart courtesy of Southern Golf Cars in Delray Beach.

"They told me they were going to get a dog," said Mohar. "I got excited for that too but was hoping to see the golf cart."

Mohar had designed the golf cart with her brother before being told it was too expensive.

The golf cart features a big red "M" on the front with red rims, Bluetooth connectivity, a lift kit, and lots of USB ports.

Mohar said she already has plans for her new set of wheels.

"Me and my friends are like this group and we drive around the neighborhood and we listen to music and there's spots around this place and there's like sunsets, we can drive around and take pictures," said Mohar.

She also mentioned that she will be taking her grandparents on rides when they visit and will be using the golf cart to go trick or treating next month on Halloween.

According to the Florida Dept. of Highway Safety and Motor Vehicle you must have a driver’s license to drive an LSV and you must be 14 years or older to operate a golf cart.