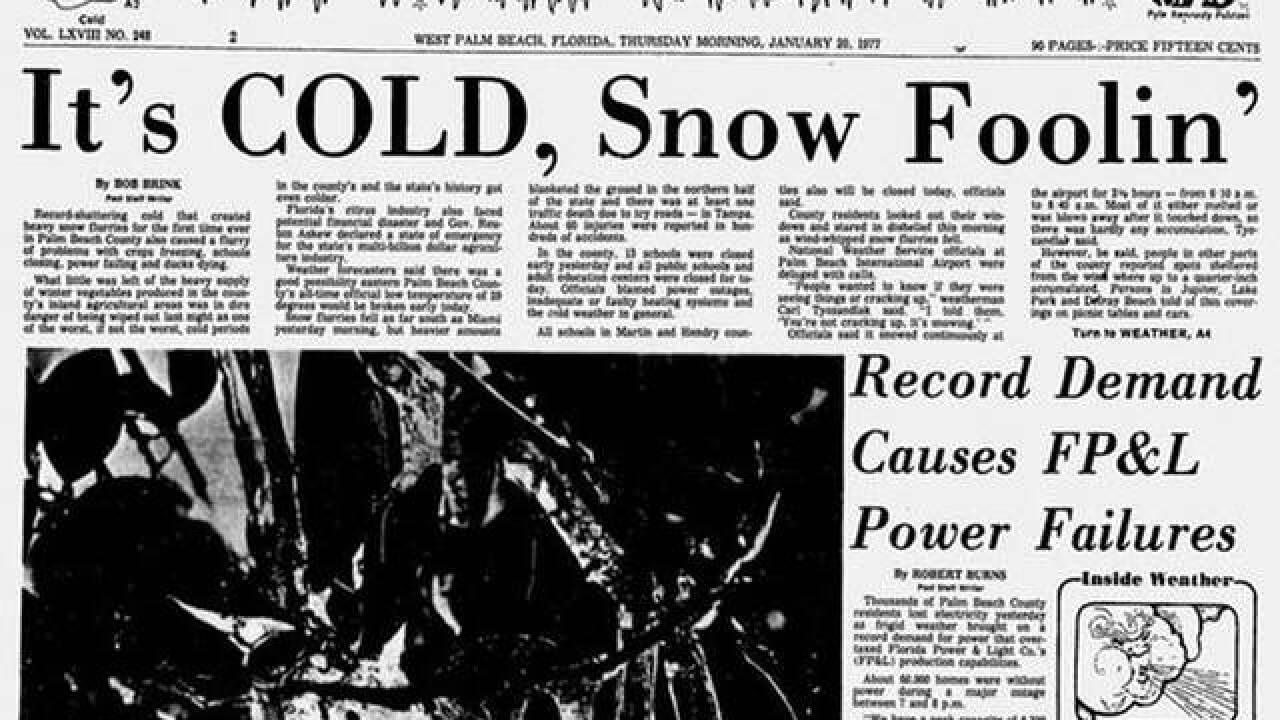 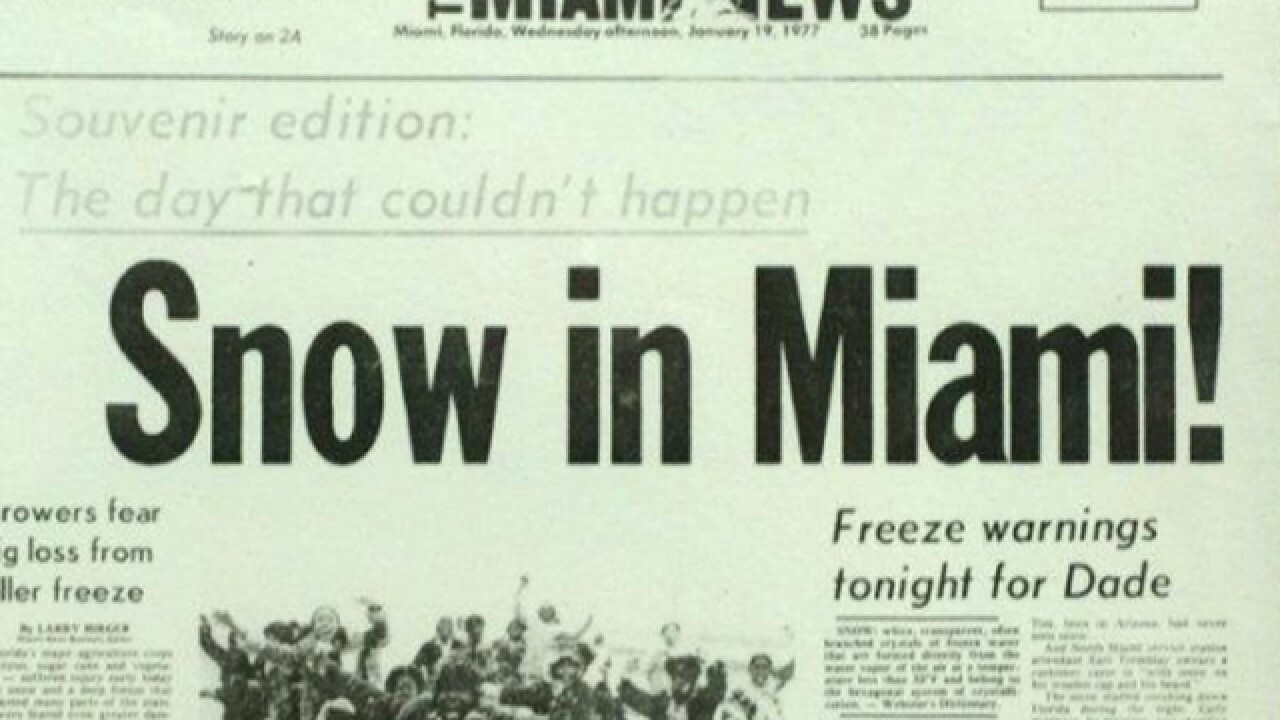 Thursday is the 40th anniversary of snow falling in South Florida, an anomaly that few people could ever imagine happening in our humid, tropical climate.

When the flakes fell on Jan. 19, 1977, the National Weather Service in Miami said it was the first time in recorded history that snow fell in South Florida.

NWS said snow was seen as far south as Homestead along with reports of snow mixed with rain in Freeport, Bahamas.

Before 1977, the NWS said the farthest south snow had been previously observed was along a Fort Myers to Fort Pierce line in February 1899.

What Caused the Historic Phenomena?

Weather experts said 40 years ago a strong Arctic cold front moved quickly down the Florida peninsula from late on Jan. 18 through the pre-dawn hours.

This was coupled with clouds and precipitation associated with an upper level trough followed by the
Arctic front.

Although the temperatures were slightly above freezing when the snow fell, the freezing level on the morning of the 19th was at only 1,500 feet above sea level. Weather experts said this prevented the snow from completely melting before reaching the ground.

NWS said every reporting station in north and central Florida recorded at least a trace of snow from the historic event.

How Much Snow Fell?

West Palm Beach reported its first snowfall on record at 6:10 a.m. and continued to report light snow through 8 a.m.

Storm Team 5 Meteorologist Glenn Glazer said because temperatures were above freezing at the surface, there wasn't much to measure in Palm Beach County.

Tampa measured .20 inches of snow and Plant City, east of Tampa, measured up to 2 inches of the snow!

Snow flurries fells across Broward and Miami-Dade counties between 8 and 9:30 a.m. However, the NWS said Miami International Airport, the official weather reporting site for Miami, did not observe any snow.

How Cold Did It Get?

The NWS said the first Arctic front moved through the region late on the afternoon of Jan. 16 with temperatures failing to reach 60 degrees in Miami for four days in a row from Jan. 17 to Jan. 20.

On the morning of Jan. 20, four locations in South Florida tied or set their all-time recorded low temperatures, records which stand to this day.

Below are some of the low temperatures recorded across South Florida on that morning:

The extended freezing temperatures had a devastating impact on agriculture in Florida with estimated losses of $350 million and over $100 million in Dade County alone.

Tangerines, tangelos and temple oranges were almost totally destroyed by the freeze, along with beans, corn, tomatoes and squash.

A total of 35 counties in Florida were declared disaster areas, said the NWS.