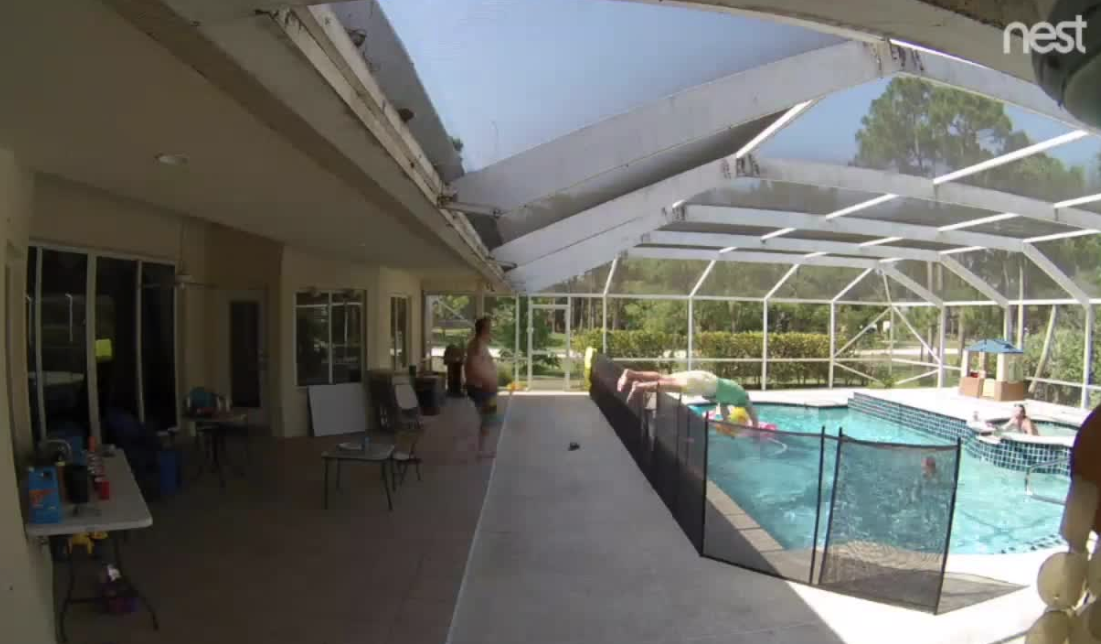 Rocco is 100% boy. Curious, fast and an eye for a big inflatable ball. It was a normal Sunday afternoon. Mom and daughter lounging in the water. Dad and uncle in the shade. All of them good swimmers and paying attention. 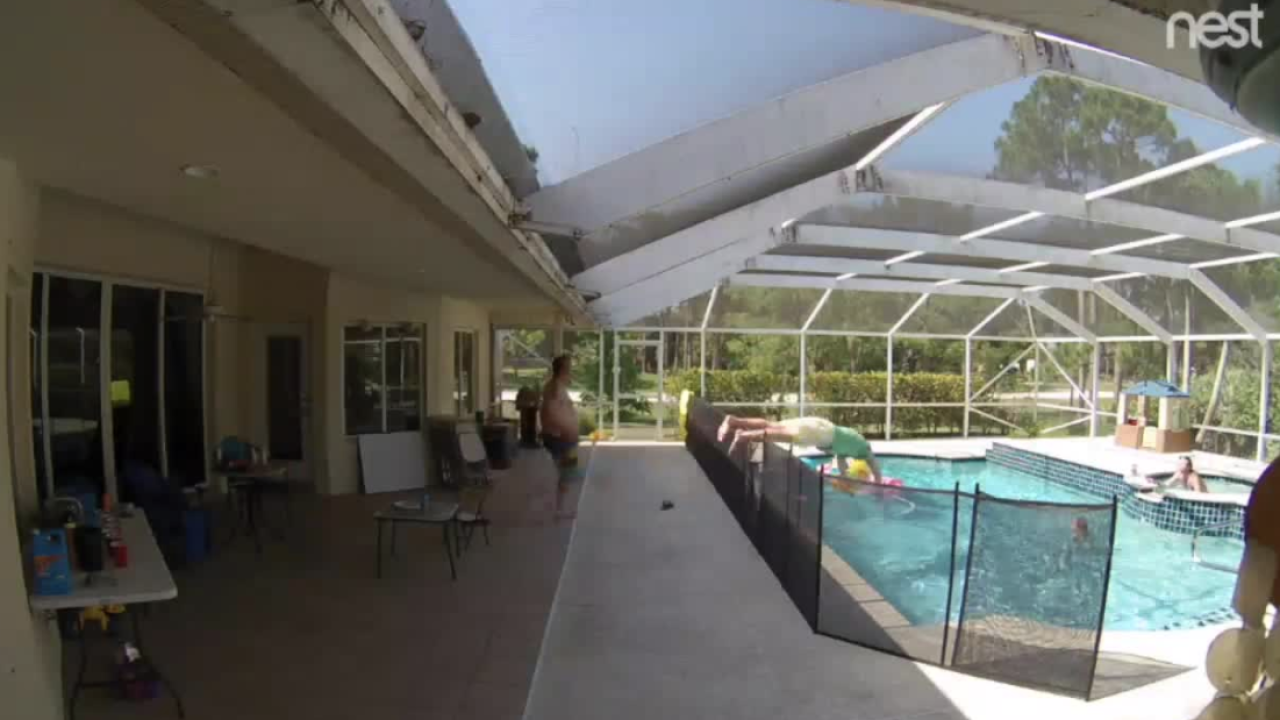 It was a normal Sunday afternoon. Mom and daughter lounging in the water. Dad and uncle in the shade. All of them good swimmers and paying attention.

And here comes the 1-and-a-half-year-old through the open pool gate, headed for that same ball.

“The second you see it; you get Superman strength and just have to go for it,” said Rocco’s dad Albert Passavanti in an interview. “Whatever you got to do.”

Captured on the Nest camera installed looking over the pool area of the Palm Beach Country Estates neighborhood, Rocco walks along the pool’s edge trying to grab the ball. He falls in and his dad jumps up from his chair, sprints toward the pool, leaps headfirst over the pool fence and into the water to rescue Rocco.

“It didn’t even cross my mind to go around, it was point A to point B,” he said.

“When I first saw that video, my mouth dropped to the floor, “Oh my goodness!” said Anna Stewart, manager of the Drowning Prevention Coalition of Palm Beach County.

She doesn’t recommend jumping in like that but understands it.

“You can drown also, but we know parents are going to do what they’re going to do, right? They’re going to go in an save their children,” she says. Instead, she offers, “bring a flotation device with you so that way you don’t go underneath the water.”

Albert would never let a 4-foot fence get in the way from saving his son, but he will make sure in the future the fence gets in the way of his son falling into the pool.

“You’ve got these preventative measures, make sure you use them properly,” he advises.

“Kudos to the parents, first of all, for having isolation fencing around the pool but you really have to make sure that the isolation pool fencing is intact all the way,” Stewart says.

He hopes his head-first save can help promote pool safety and awareness for fellow parents.

“Heads-up parenting, watch what’s going on. Keep your eyes on your kids,” he says.

The Drowning Prevention Coalition said one of the best ways to prevent drownings is for kids or adults to learn how to swim. Classes are offered all over Palm Beach County, including JCC, YMCA, city and county pools