'It is extremely amazing no one was injured,' says Lt. Yanko Reyes of the Florida Highway Patrol 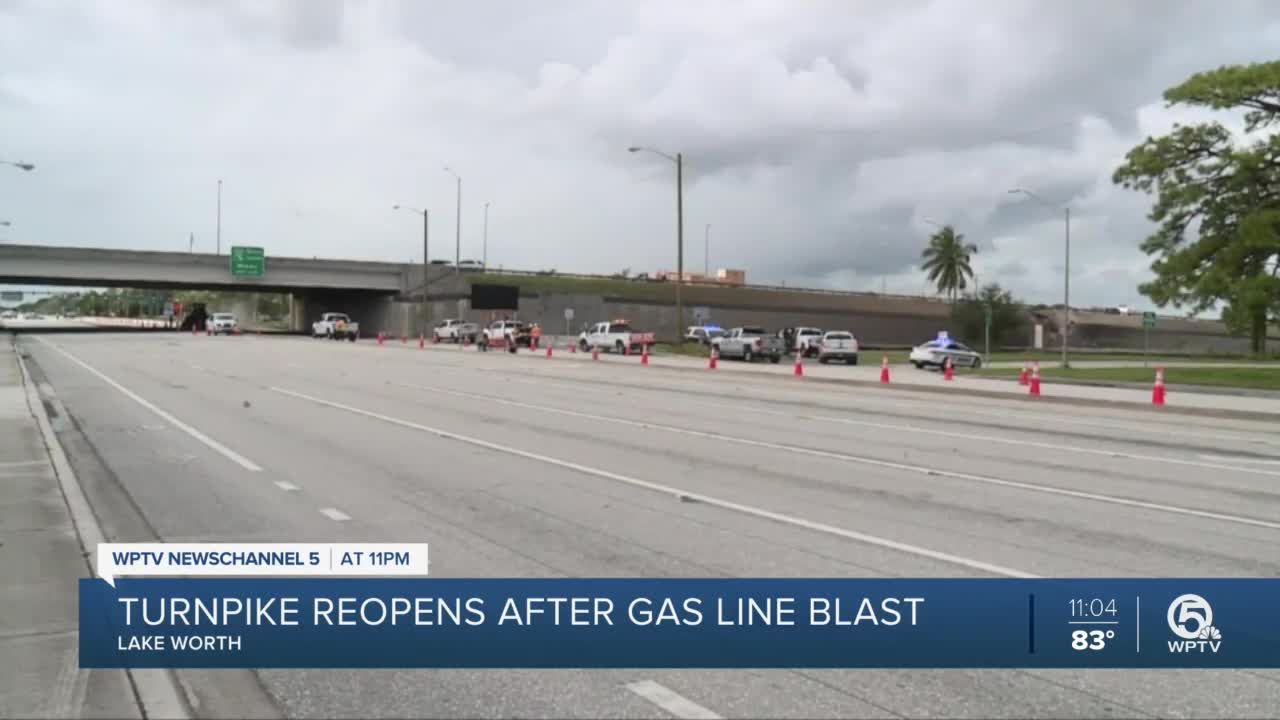 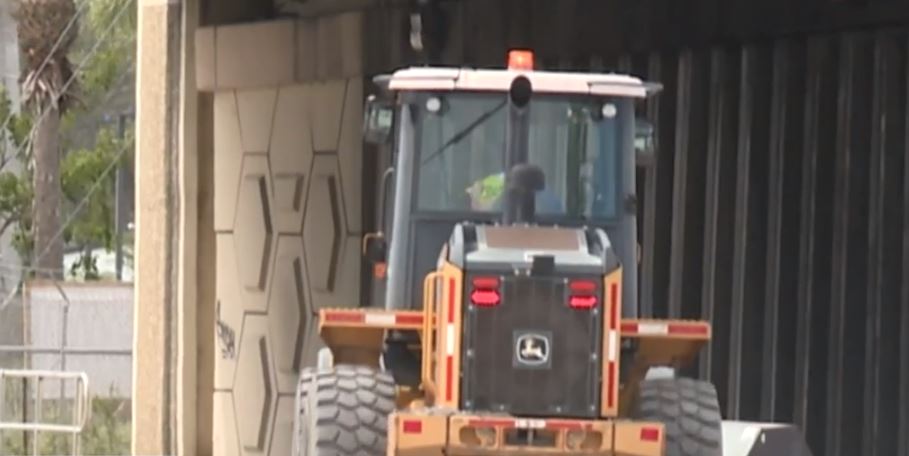 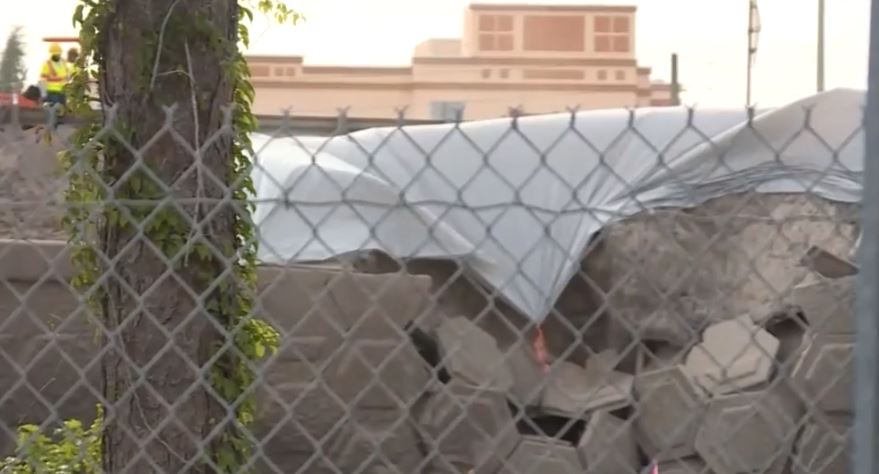 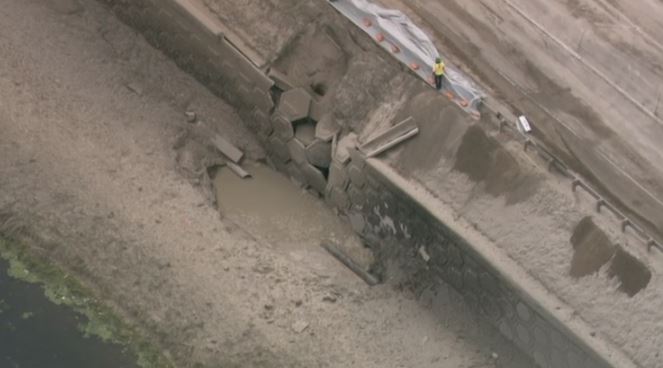 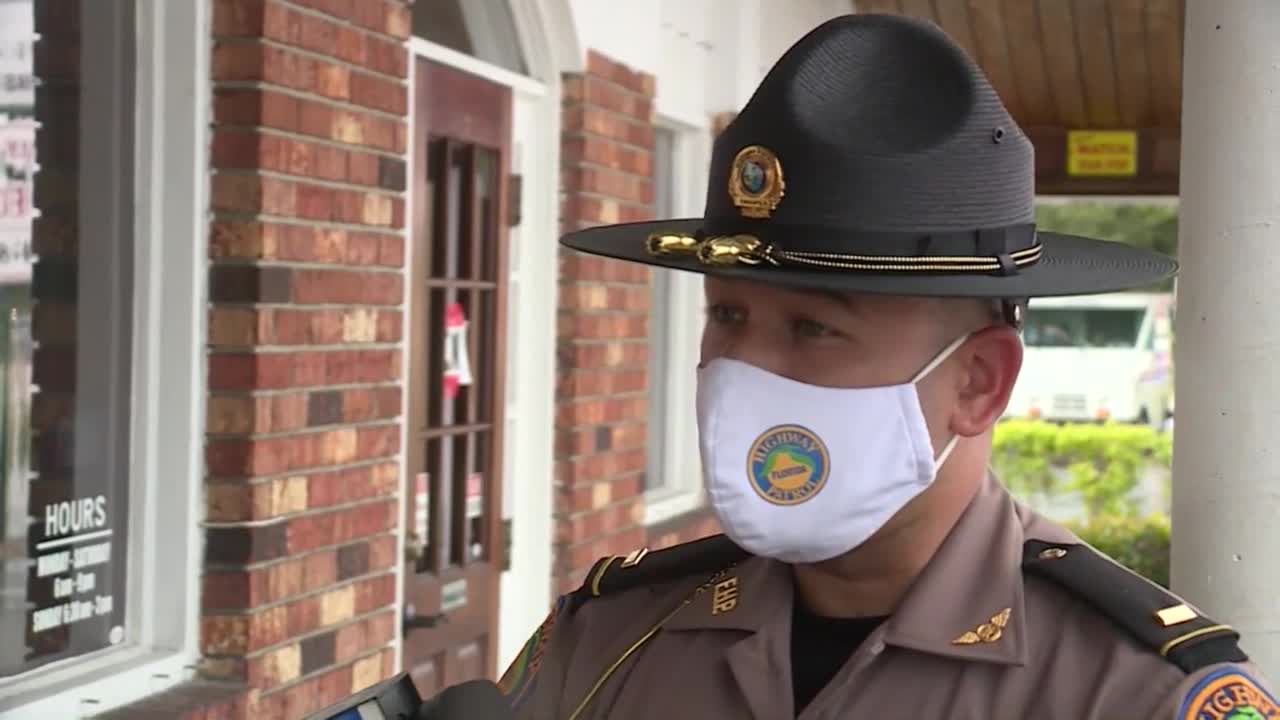 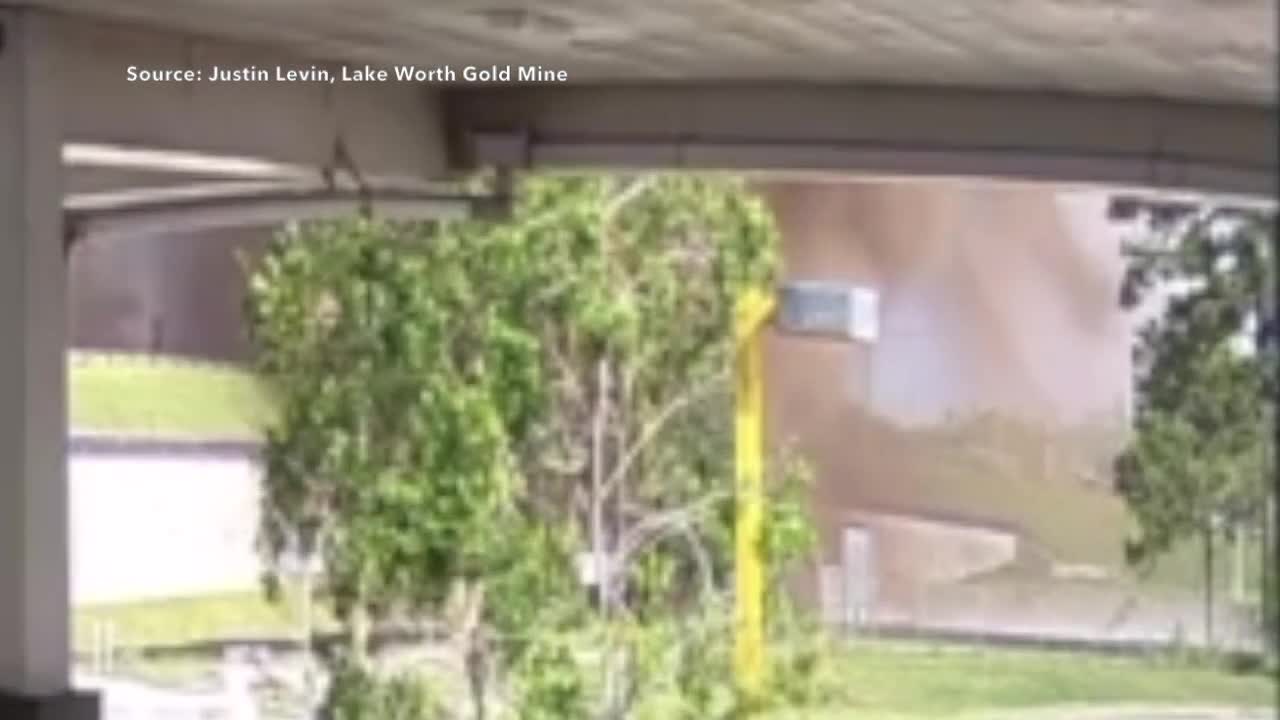 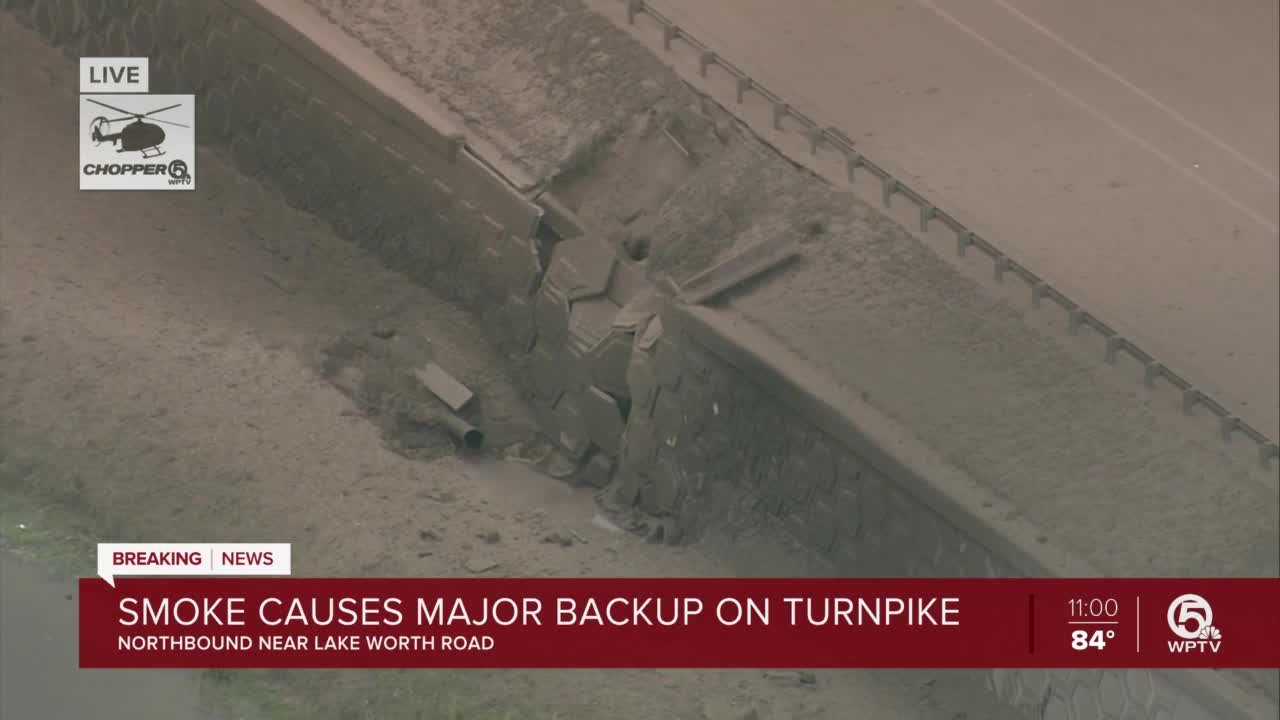 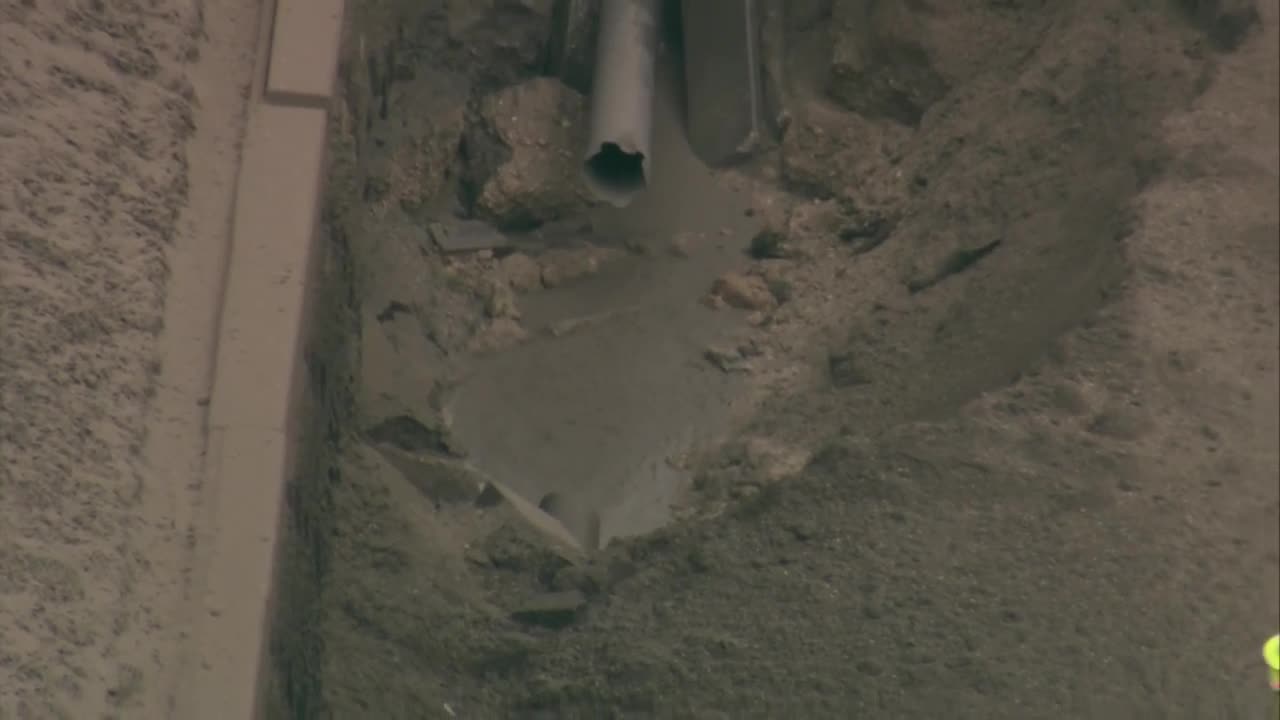 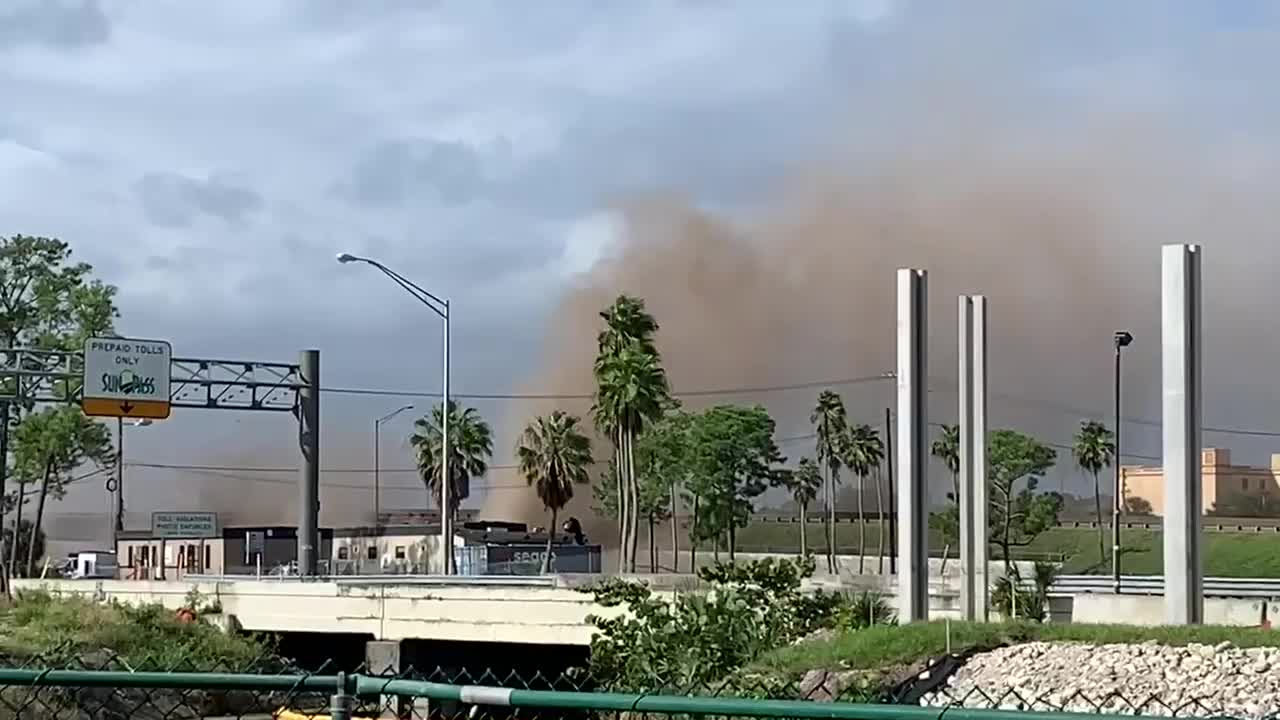 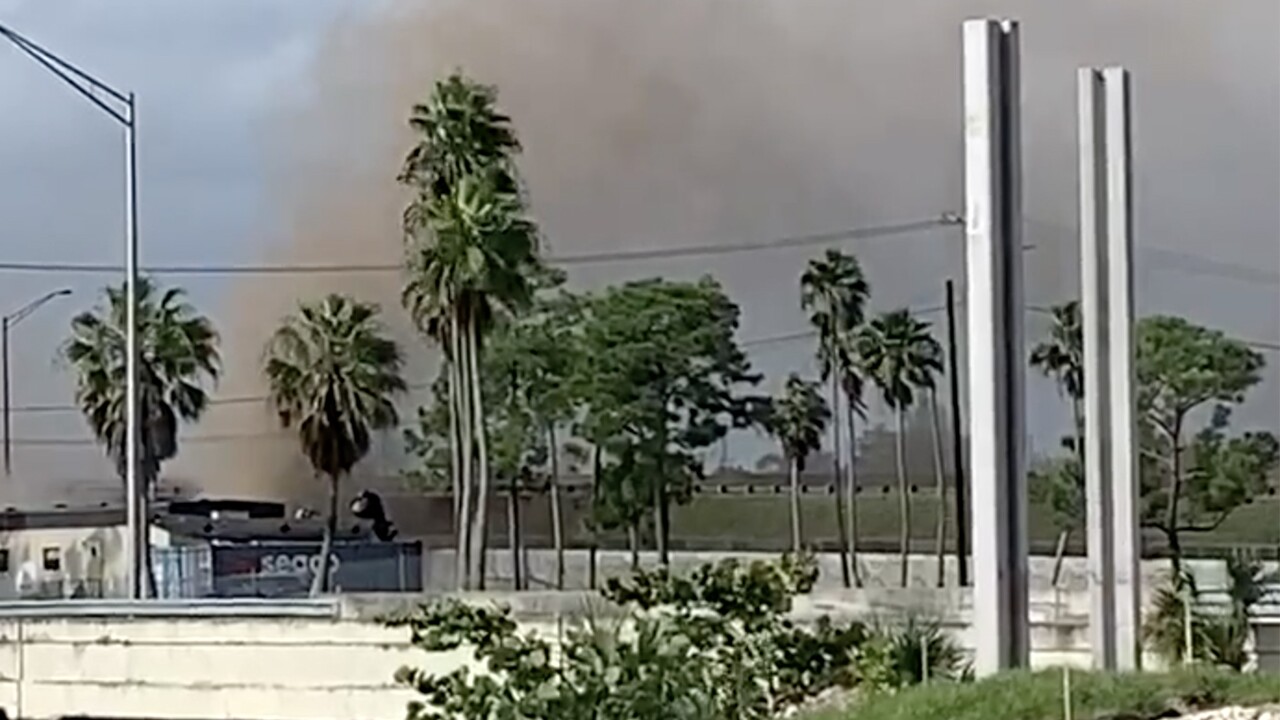 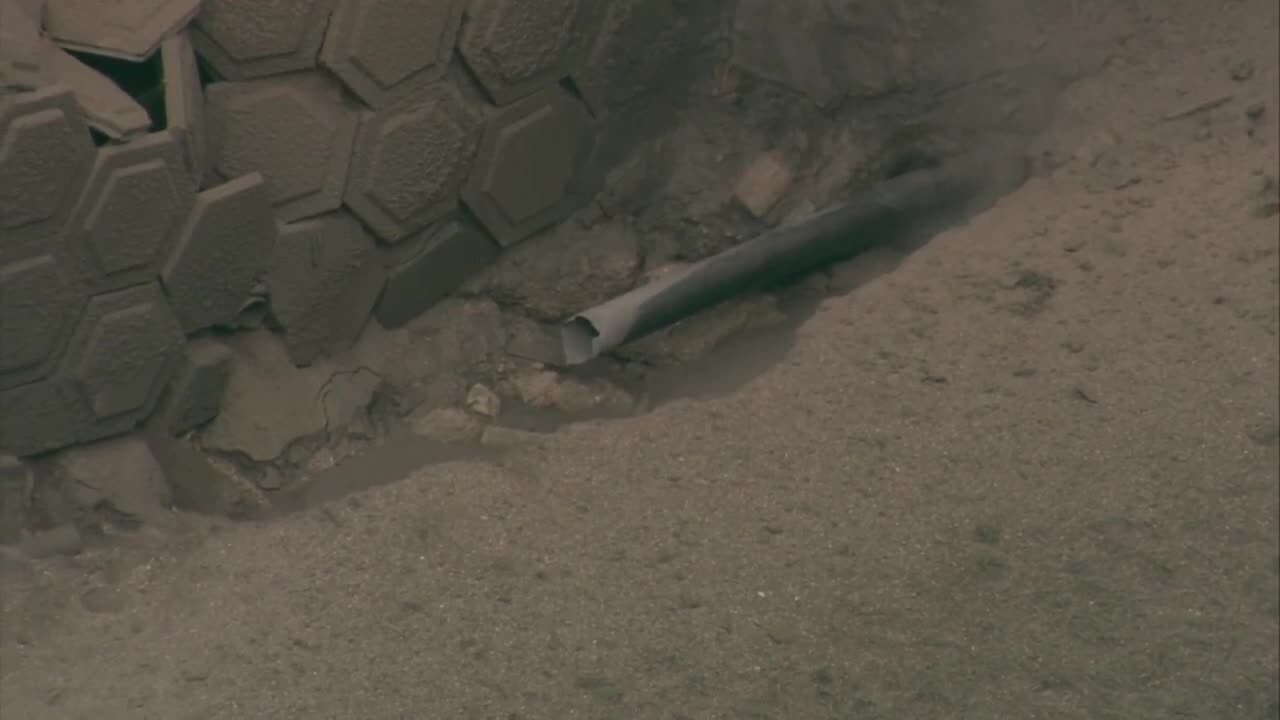 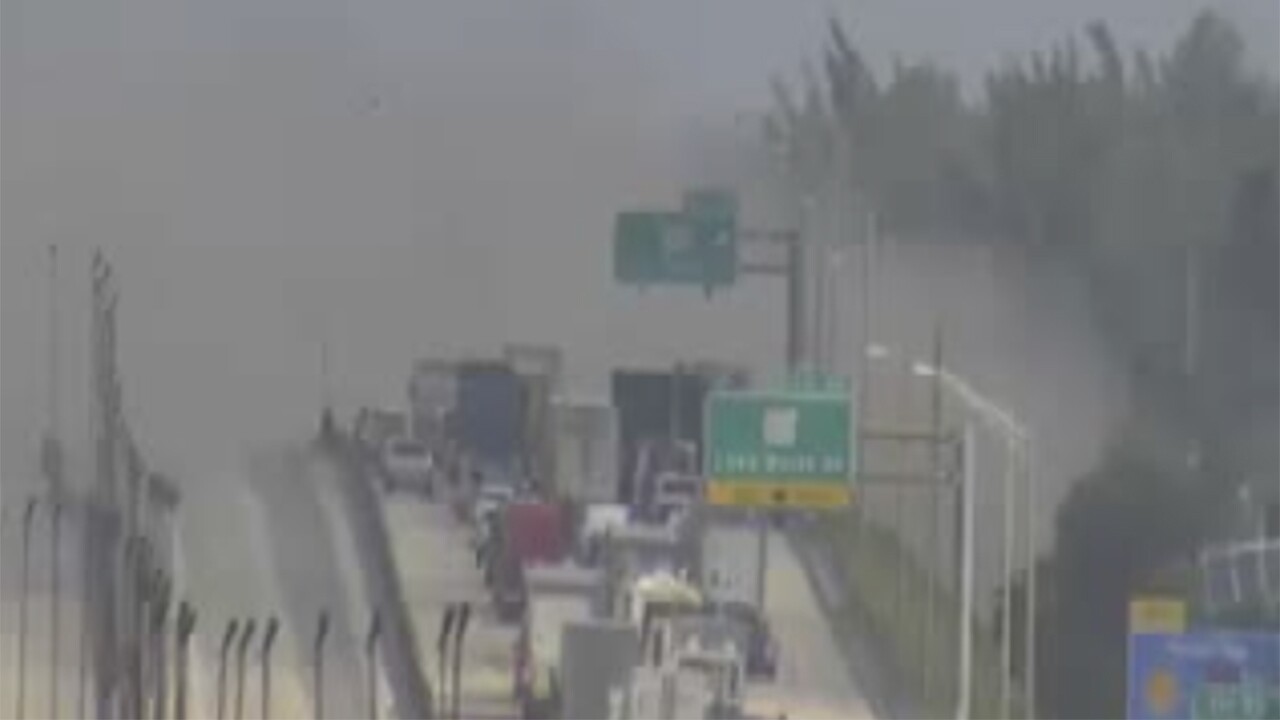 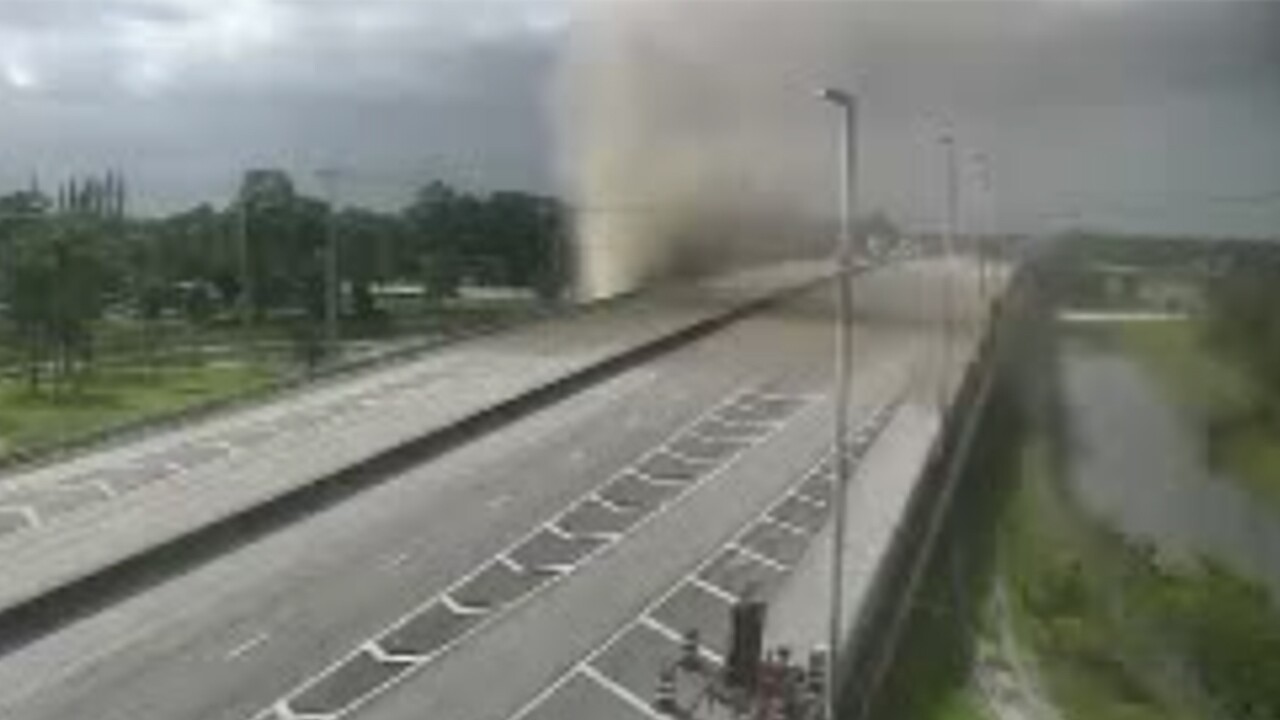 Dramatic video from a WPTV viewer showed the line suddenly exploding next to the highway just before 10 a.m., sending a cloud of thick smoke into the sky.

Palm Beach County Fire Rescue called the emergency a "main gas line failure," adding that the cause of the explosion is unknown.

"Unfortunately, the gas pipeline affected the integrity of the bridge on the northbound side on the overpass of Lake Worth Road," said Lt. Yanko Reyes with the Florida Highway Patrol. "We have engineers at this moment assessing the scene just to make sure everything is safe for reopening."

"We're hoping that within the next few hours we can at least open up the inside lanes for traffic to resume," Reyes said. "But that specific area is gonna be closed either until later on tonight or at least one or two more days."

Residents within a half-mile of the explosion had to shelter in place inside their homes for hours on Thursday, but that order was lifted around 12 p.m.

Nearby Discovery Key Elementary School was evacuated and all students and staff members were bused to Polo Park Middle School in Wellington.

All eastbound lanes of Lake Worth Road were closed between Jog Road and U.S. 441. Some westbound lanes reopened around 3 p.m.

"Many drivers were scared because they felt the ground shaking, a loud boom," said Lt. Reyes. "It is extremely amazing no one was injured."

Exclusive video from WPTV Chopper 5 showed smoke spewing from the broken gas line that runs parallel to the highway, chunks of cement and concrete ripped out of a wall next to Turnpike, and debris and dirt scattered all over the road.

Video from a WPTV viewer showed brown-colored smoke shooting into the sky just feet from the highway.

The emergency caused significant delays in the north and southbound lanes of the Turnpike much of the day. Traffic was backed up for several miles.

Drivers heading northbound are advised to exit at Atlantic Avenue in Delray Beach.

Despite the large blast, no injuries were reported.

Florida Gas Transmission, who owns the pipe, is investigating what lead to the explosion. Below is a statement regarding the incident:

We experienced a release this morning from our 18 inch natural gas line that runs along the Florida Turnpike. This section of the pipeline was immediately shut in to isolate the incident area and safely stop the flow of gas. The gas being released from the isolated section was completely blown down in approximately 30 minutes. There were no injuries, however, a small number people were evacuated from the commercial buildings on each side of the turnpike as a precautionary measure. They were allowed to return a short time later. There will be no interruptions to customer deliveries as the flow of natural gas was diverted to another pipeline in the system. The cause of the release is not known at this time, however there will be a thorough investigation into the matter.