School says child was choking, teacher was pulling food out 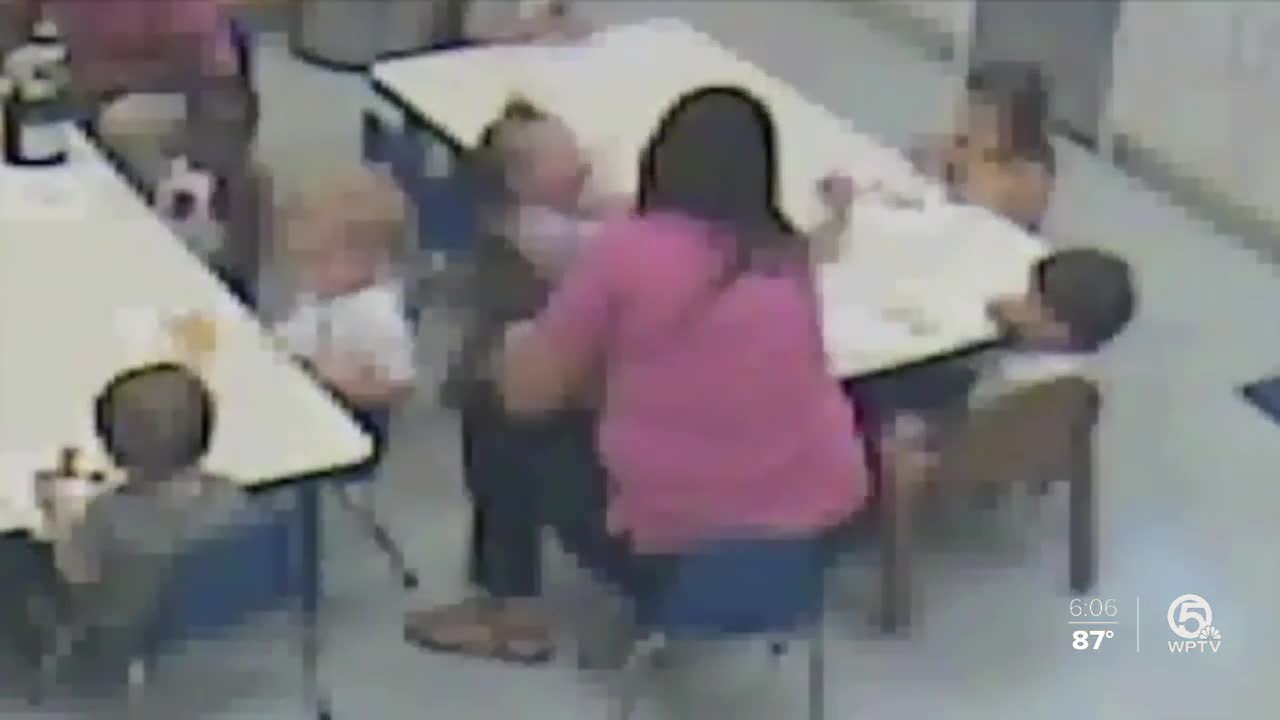 A mother has filed a lawsuit against a preschool in Palm Beach County for negligence related to an incident that happened three years ago. 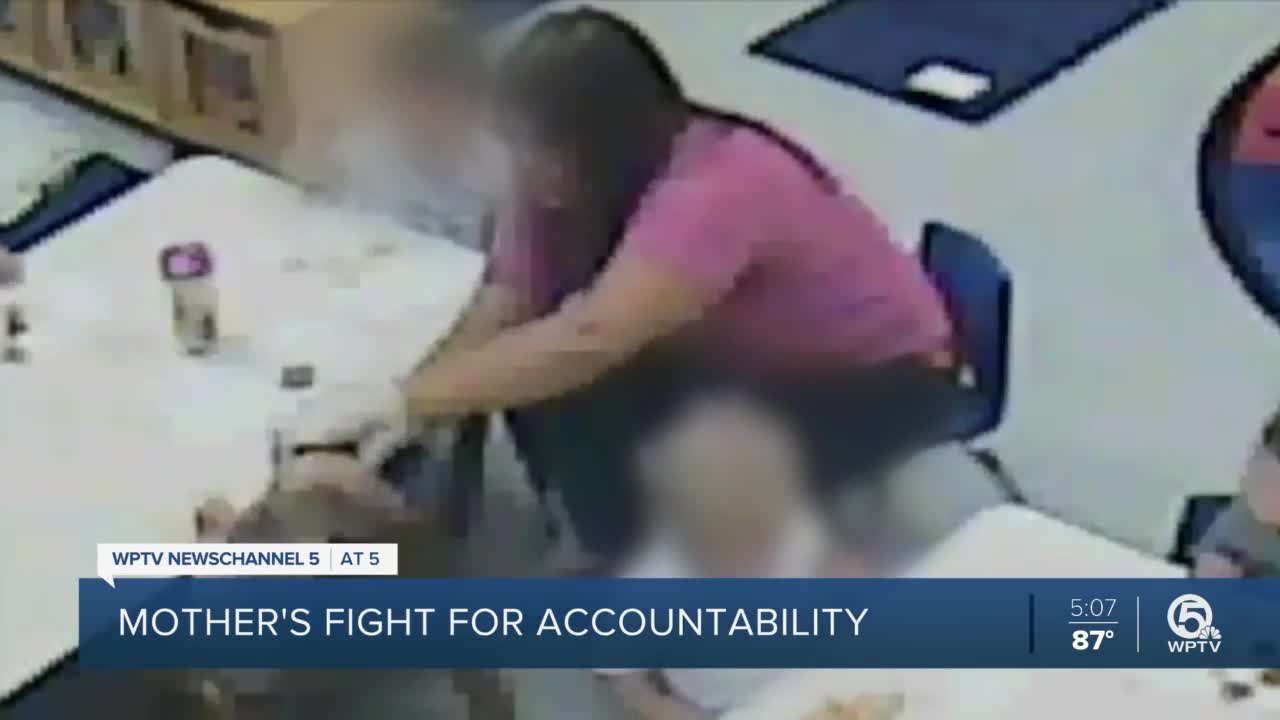 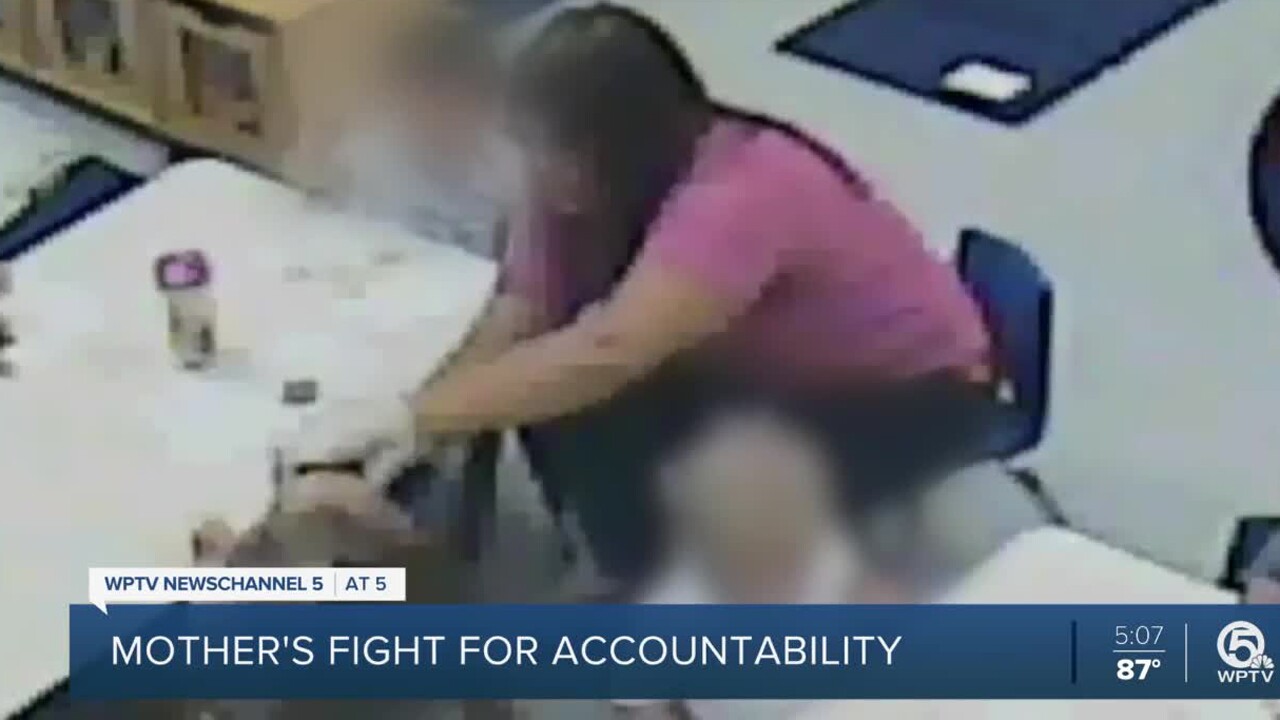 ROYAL PALM BEACH, Fla. — A mother has filed a lawsuit against a preschool in Palm Beach County for negligence related to an incident that happened three years ago.

Investigators said a teacher force-fed her daughter. Now, we are getting a first look at the video of the incident and a response from the school.

The newly-released surveillance video was recorded inside the King's Academy in Royal Palm Beach. It shows Jamie Cleary's 2-year-old daughter crying after investigators said she was the victim of child abuse.

"It's extremely tough, and it's still (tough) after three years, very tough to watch it," Cleary said.

Cleary has now filed a lawsuit against the King's Academy citing negligence.

She claims the Christian preschool tried to cover up the truth after her daughter came home with bruises on her cheeks in July 2017.

PBSO and DCF said the video recorded by a camera in the classroom showed the former teacher, Piedad Meza Cruz, forcefully feeding the little girl, then grab her cheeks.

However, the school has denied that account, saying the girl was choking, and Meza Cruz was helping her by sticking her fingers in her mouth to pull the food out.

"They tried to cover the whole thing up, and my thing I want to protect the other families and the other children at The King's Academy," Cleary said.

Meza Cruz was fired for not letting the school know what happened and was eventually charged, but the case never went to trial.

She has agreed to a deferred prosecution agreement and remains on probation.

"Everybody that has looked at this from a professional non-monetary view has determined there's no improper action by anybody at the King's Academy ever," said attorney Phil Valente, who represents the school.

He said the lawsuit is flawed.

"In my opinion, I know a shakedown when I see one," said Valente.

"The way they tried to hide it and lie about it, that is the part that will never sit right with me ever," Cleary said.

Cleary is seeking damages and said she will not give up until King's Academy is held accountable.

Valente said the school will most likely respond with a motion to dismiss.WPTV also reached out to Meza Cruz's attorney for comment but did not hear back before this story aired Monday evening.