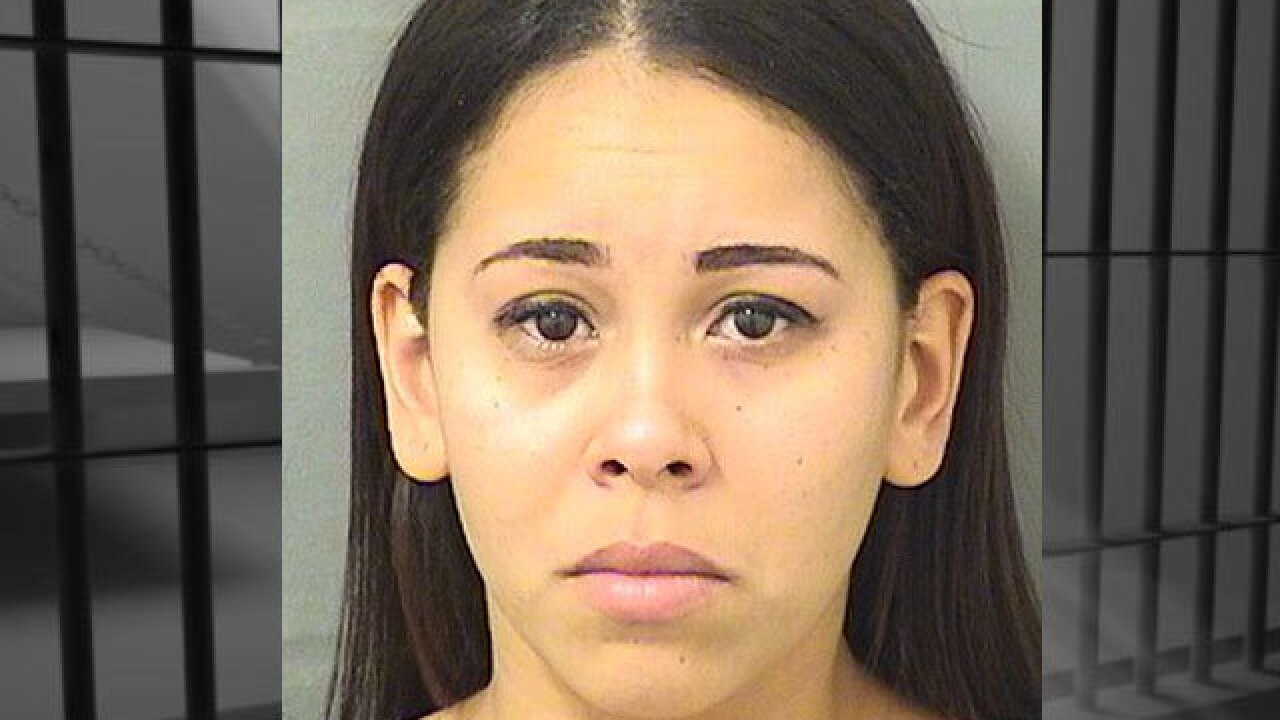 The Palm Beach County Sheriff's Office said Thursday that a Royal Palm Beach woman has been arrested in the shooting death of man last year.

The suspect Ruby Martinez, 28, is charged with manslaughter with a firearm and tampering with evidence.

According to a news release, on March 11, 2017, Martinez and the victim, Jamal Francis, were sitting in Jamal’s vehicle. The report does not say where the vehicle was parked.

For reasons yet to be determined, PBSO said Francis' gun went off and struck him in the head.  Francis died at the scene.

At the time of the investigation, Martinez told detectives that the shooting was accidentally self-inflicted by the victim. However, PBSO later determined that he did not accidentally shoot himself.

Detectives presented their facts to the state attorney’s office a March 20, 2018 and received a warrant for Martinez’s arrest.