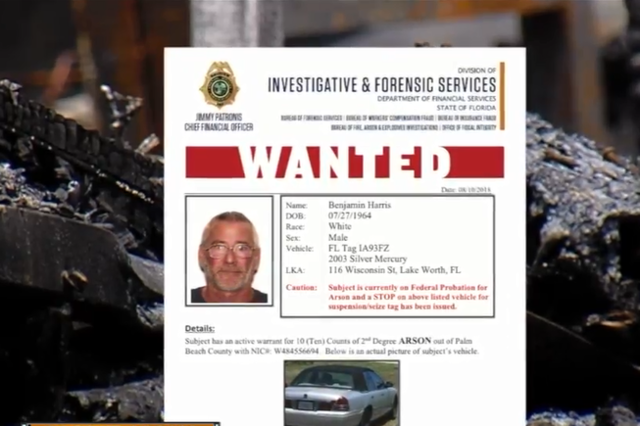 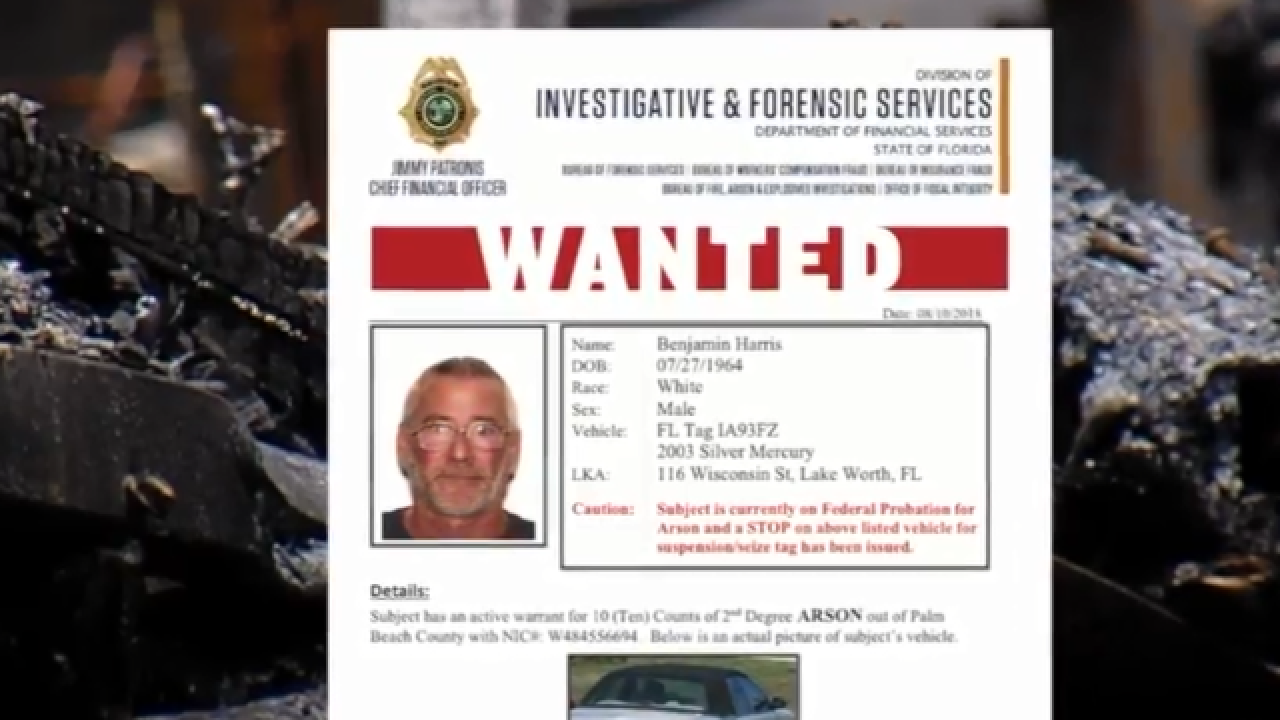 State investigators are searching for a man they say set an RV Center on fire causing thousands in damage.

"I was shocked I was in shock," Bill Waits said.

Waits is the owner of Waits RV Center. He handed over surveillance video to investigators. It shows the man Waits believes is responsible for a fire that nearly destroyed his business.

"We see the guy get out of the car and head right this way," he recalled.

There is no surveillance video of the man setting the fire. But after investigation detectives with the Florida Department of Financial Services released a flyer.

"Why why would you pick us? Is it a thrill or what's the deal?" Waits said.

Harris is currently on federal probation for arson.