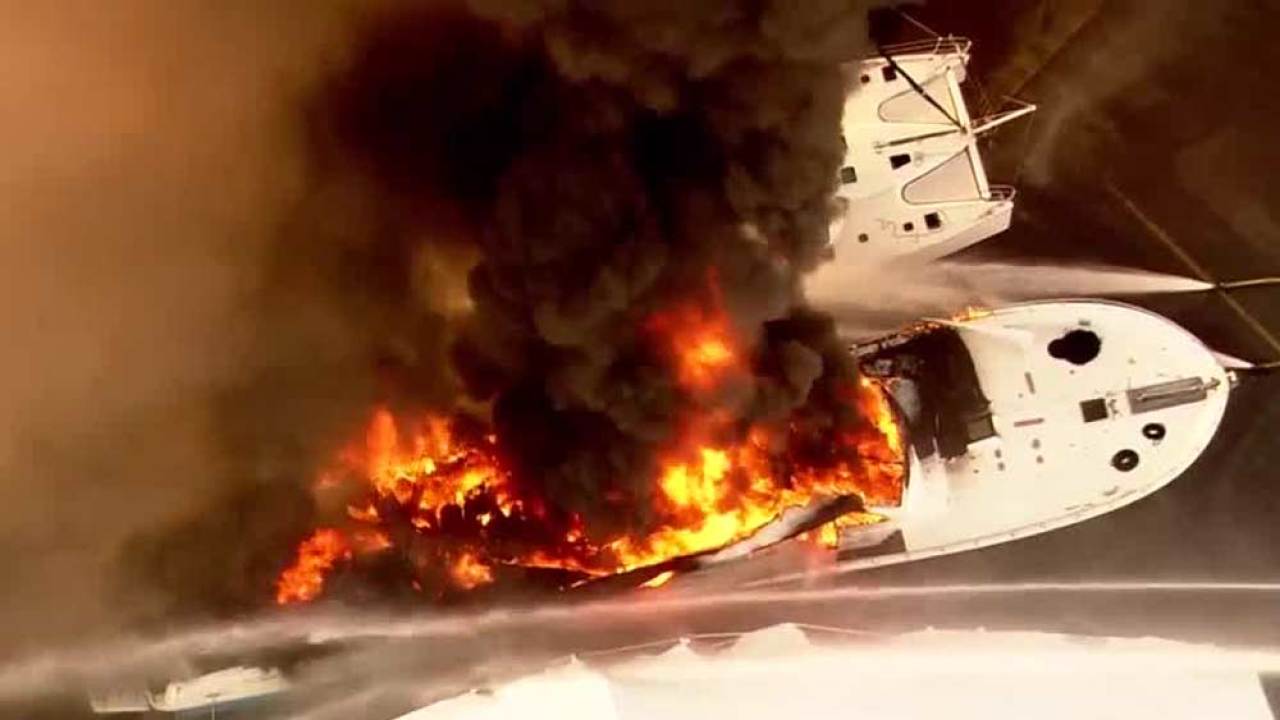 Crews battled a raging fire that engulfed a yacht Tuesday morning at a boat yard in Riviera Beach, which also delayed a cruise ship from docking at the Port of Palm Beach for about three hours. 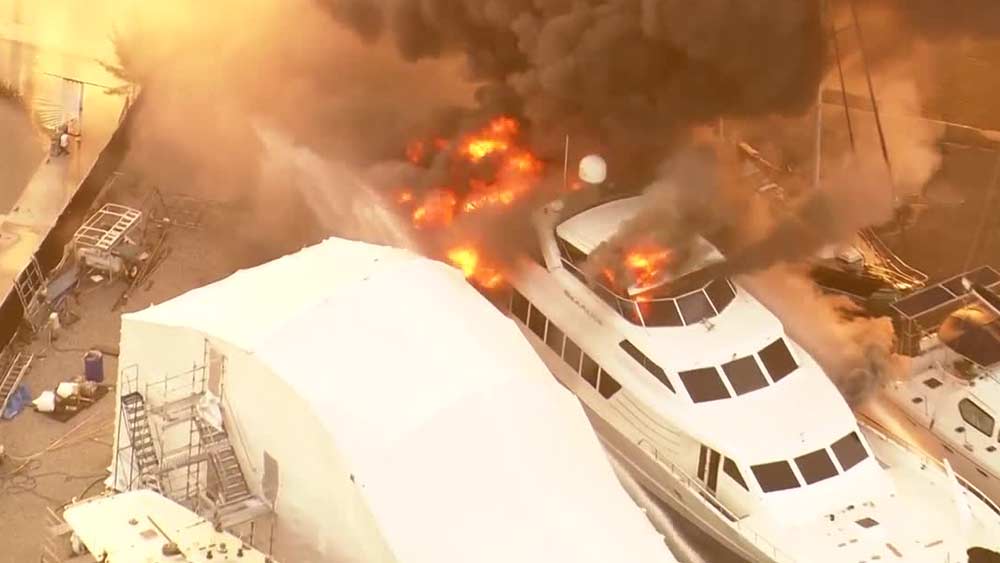 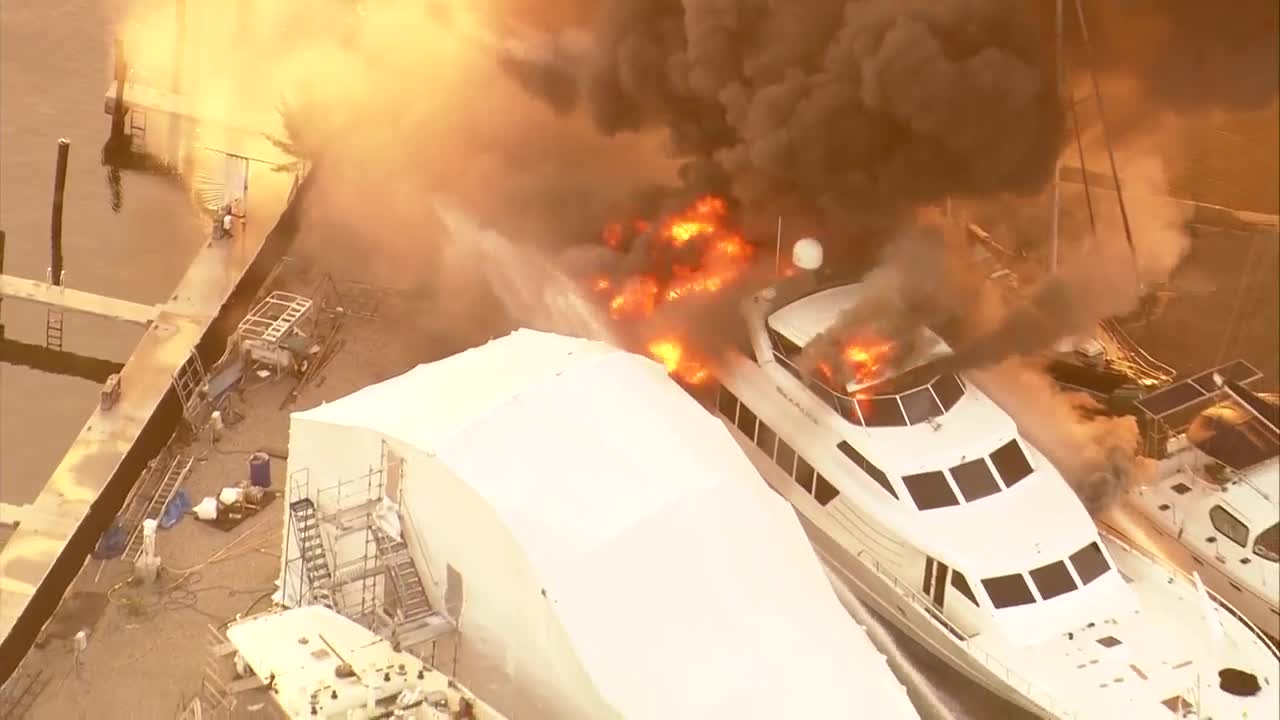 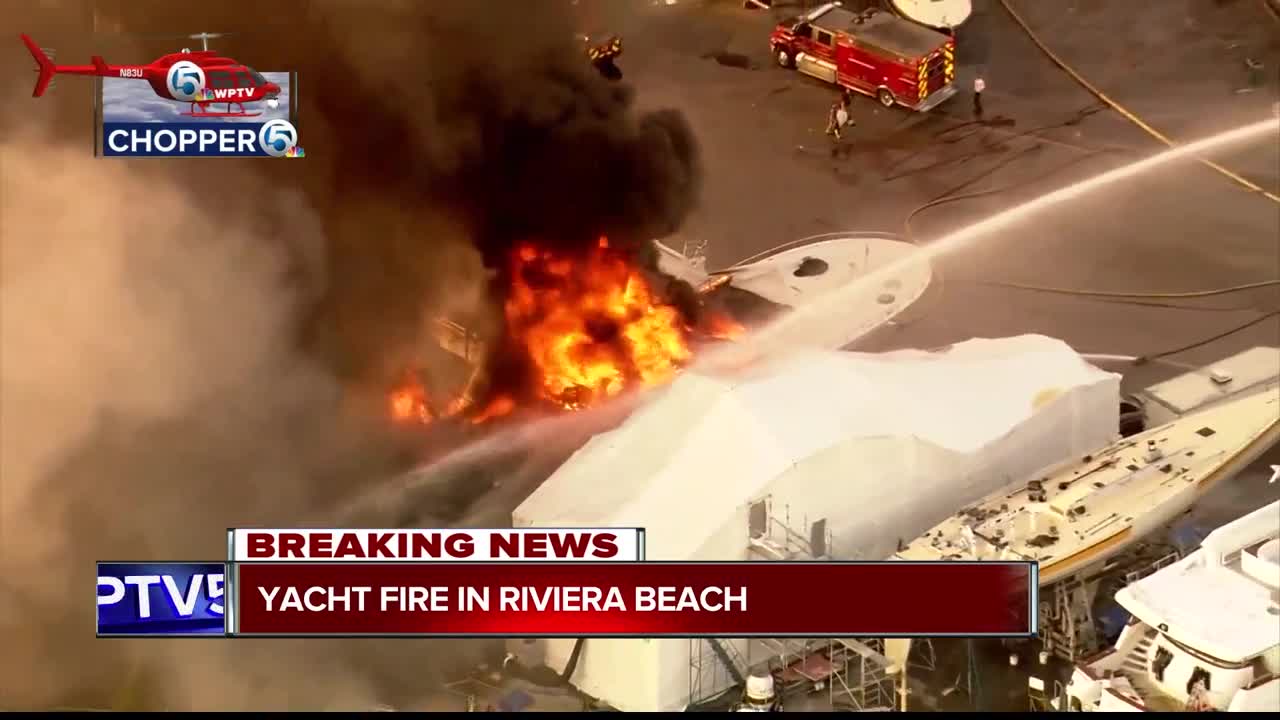 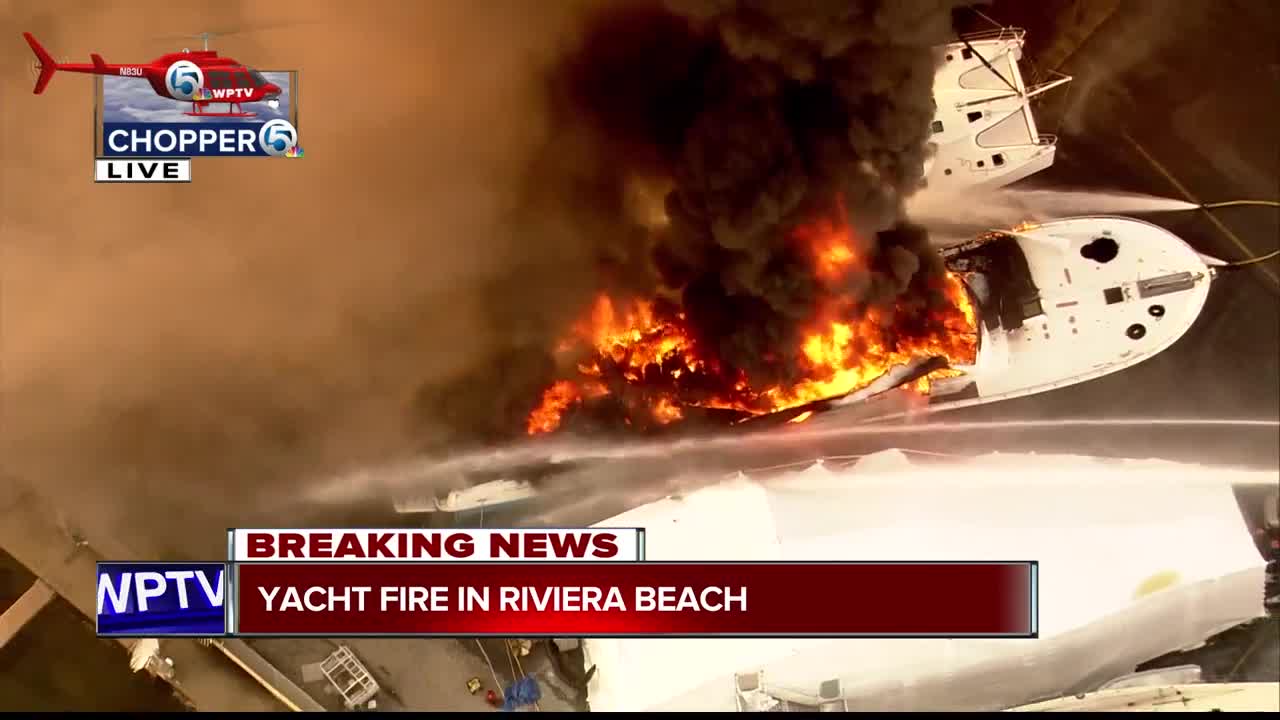 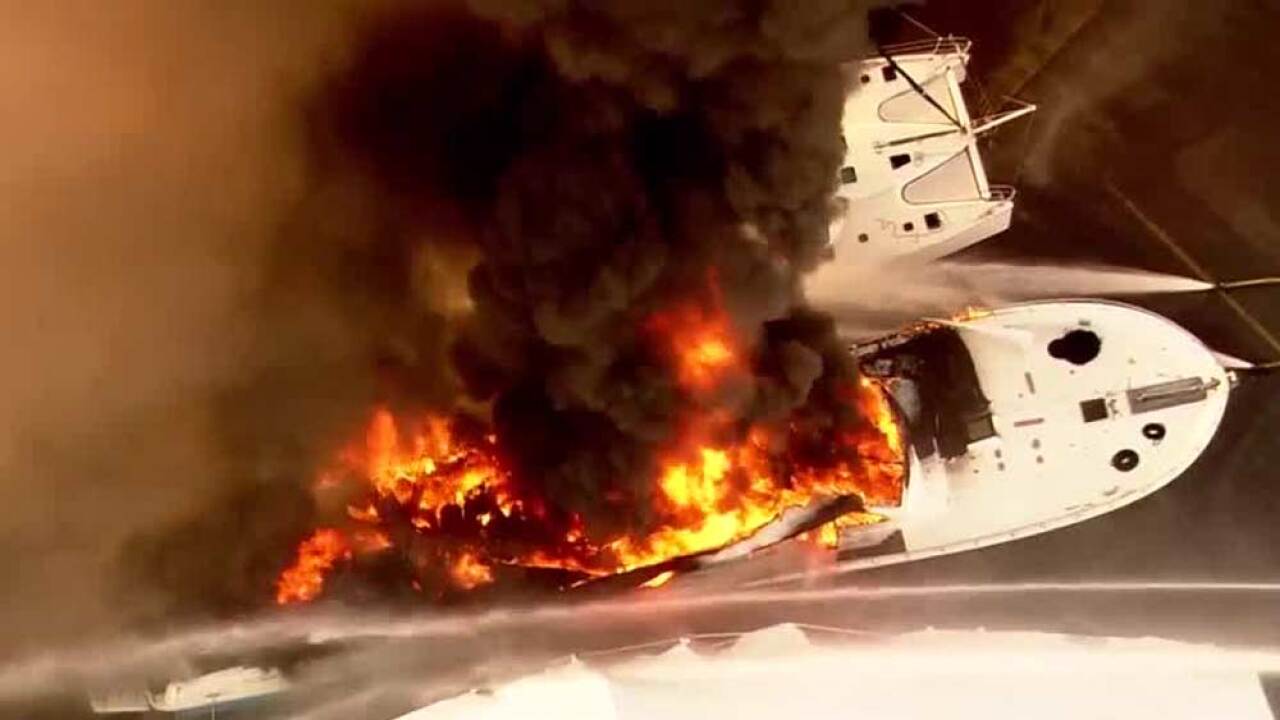 RIVIERA BEACH, Fla. — A fire that engulfed a 125-foot yacht Tuesday morning at a boat yard in Riviera Beach is expected to continue burning late into the night, according to the latest update from officials.

Riviera Beach Fire Rescue, which is planning to hold a news conference Tuesday afternoon, said no fuel is leaking into the water at the Cracker Boy Boat Works, next to the Riviera Beach City Marina. As a precaution, SeaTow has installed 1,000 feet of containment barrier boom to prevent the spread of diesel fuel.

Fire officials are letting the flames burn out because the boat is sitting on stilts and adding water weight could cause it to collapse.

SeaTow said there may be ammunition on the yacht.

"The toxic fumes are one big health hazard, but the sudden health hazard is projectiles cooking off and flying out of there," said Will Beck, President and Owner of SeaTow.

The Florida Department of Environmental Protection has deployed an emergency response team to the scene. The U.S. Coast Guard is also assisting in the investigation.

"We need to know what caused this fire," Watson said.

Chopper 5 flew over the boat yard around 11 a.m. and spotted multiple fire trucks continuing to put out hot spots.

MORE: Chopper 5 photos from the scene

Update fire crews are rotating and keeping a close eye on the burning vessel. Video Courtesy of Master-PIO Watson pic.twitter.com/ra9O3DKxj9

Earlier on Tuesday morning, large flames could be seen shooting from the boat.

Just after 9 a.m., a spokesperson for Riviera Beach Fire Rescue said the fire was under control, and crews were waiting for it to burn itself out completely.

Firefighters were able to contain the blaze by creating a water curtain on both sides of the vessel with fire hoses. There are no injuries and no further damage to neighboring vessels besides smoke.

A cruise ship was scheduled to dock at the Port of Palm Beach at 8 a.m., but was delayed for about three hours. The ship, which had about 600 passengers aboard, finally docked by 10:45 a.m.

Heavy, black smoke could be seen for miles in Palm Beach County much of Tuesday morning. The cause of the fire remains under investigation.

Fire officials said they know who owns the yacht, but aren't releasing that information.

On Wednesday, Katie Strickland with the Florida Department of Financial Services said their investigation remains open and ongoing.

"Investigators have not uncovered any indications of suspicious activity surrounding this incident," said Strickland.