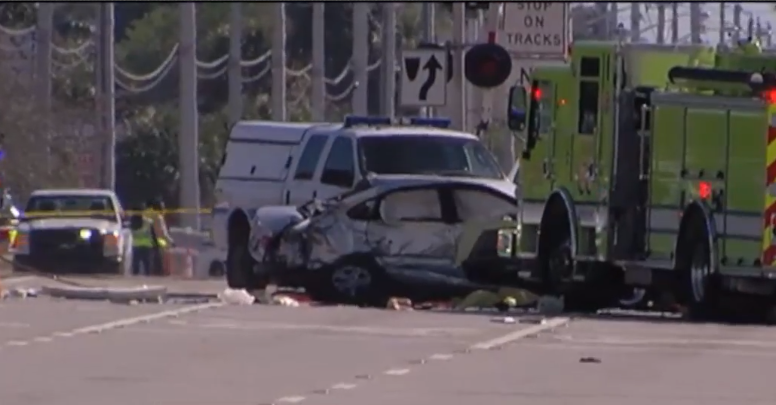 A chase at extreme speeds involving the Riviera Beach Police Department is now under scrutiny. Officers were chasing after a man in a stolen car, but the pursuit ended with a violent crash, and an elderly woman fighting for her life. 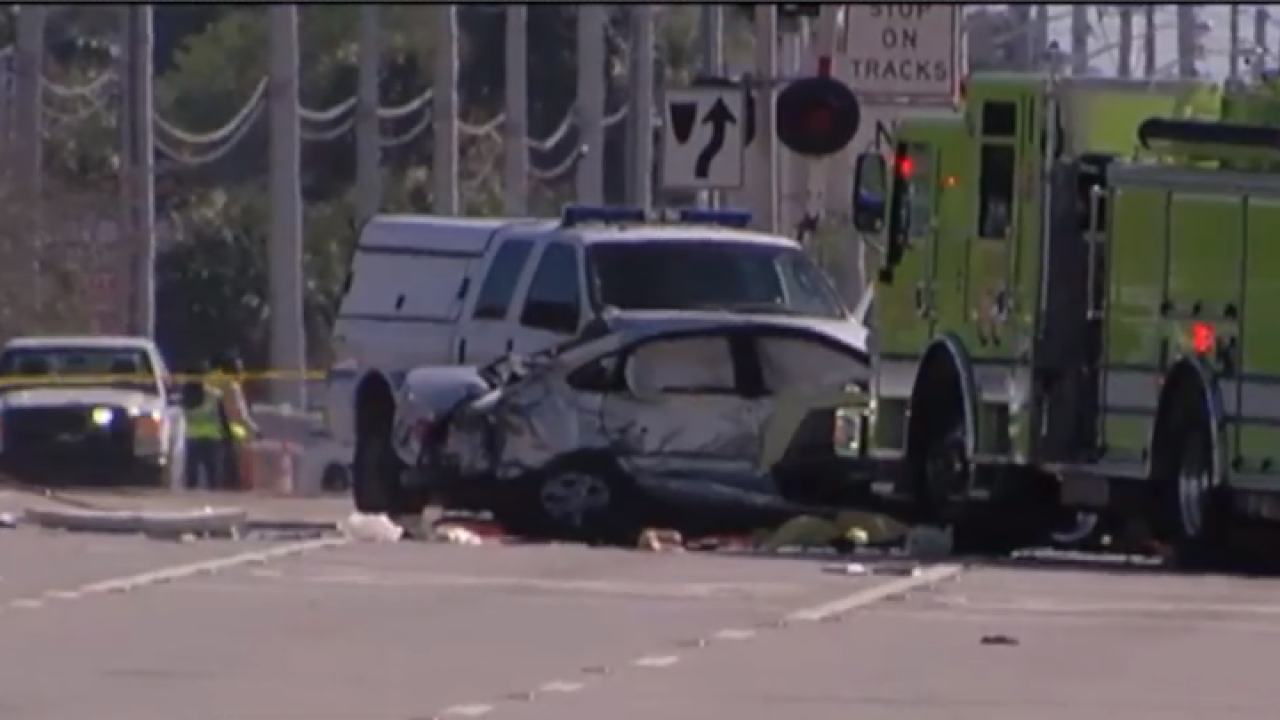 Officers were chasing after a man in a stolen car, but the pursuit ended with a violent crash, and an elderly woman fighting for her life.

Now, nearly three years later she is suing the police department saying it put her in danger.

Arlene Rochkind and her husband, Oscar, have been married for 65 years, but her left hand is a constant reminder of the day she was nearly killed.

“When I look down and I don’t see my ring, I feel kind of empty,” said Rochkind, who added her ring no longer fits on her finger after her hand was crushed.

At 87-years-old, Rochkind is still recovering after being in a coma, and learning how to walk again.

Four vertebrae in her back were also cracked on February 26, 2016. Dashcam video from Riviera Beach Police shows officers chasing after a stolen car, and the moments leading up to the crash where Rochkind was partially ejected from her car. At one point, speeds topped 115 mph as officers chased after the stolen 2004 Infiniti.

“Running at max speeds through school zones and going over 100 mph on regular public roadways, at that level the chase should have been brought to a stop,” said Brian LaBovick, managing shareholder at LaBovick Law Group.

The video shows the red Infiniti and Riviera Beach Police, at one point, hopping a sidewalk and narrowly missing a pedestrian. Moments later, at the intersection of Bee Line Highway and Military Trail, the stolen Infiniti crashed into Rochkind’s car. All she can remember is waking up from a coma a month later.

“I looked around and saw my husband who had never left. He’d been there the whole time,” Rochkind said.

Her attorney, Brian LaBovick, says her medical bills are more than $1-million. He filed a lawsuit Friday against the Riviera Beach Police Department citing negligence, and claims officers violated the department’s pursuit policy by putting the public and Rochkind in danger.

“Look at all the innocent people that are bystanders there that could be hurt, not even counting me who happened to be a driver,” Rochkind said.

The suspect behind of the wheel of the stolen car was charged with eluding police and theft, but LaBovick says he was never charged with an armed carjacking, which involved the Infiniti several days prior.

“The police had no idea who was in that car,” LaBovick said. “They made the assumption that it was a stolen car and it must be stopped, and because it was subject to an armed robbery a week earlier that they must catch the people inside of it, and that was a very wrong assumption.”

WPTV asked Riviera Beach Police for a copy of their policy regarding a pursuit, and was told to submit a records request. According to the policy from 2013, it states a pursuit is justifiable only when an immediate arrest outweighs the level of danger to the community.

On Monday, the department also told WPTV it does not comment on pending litigation.