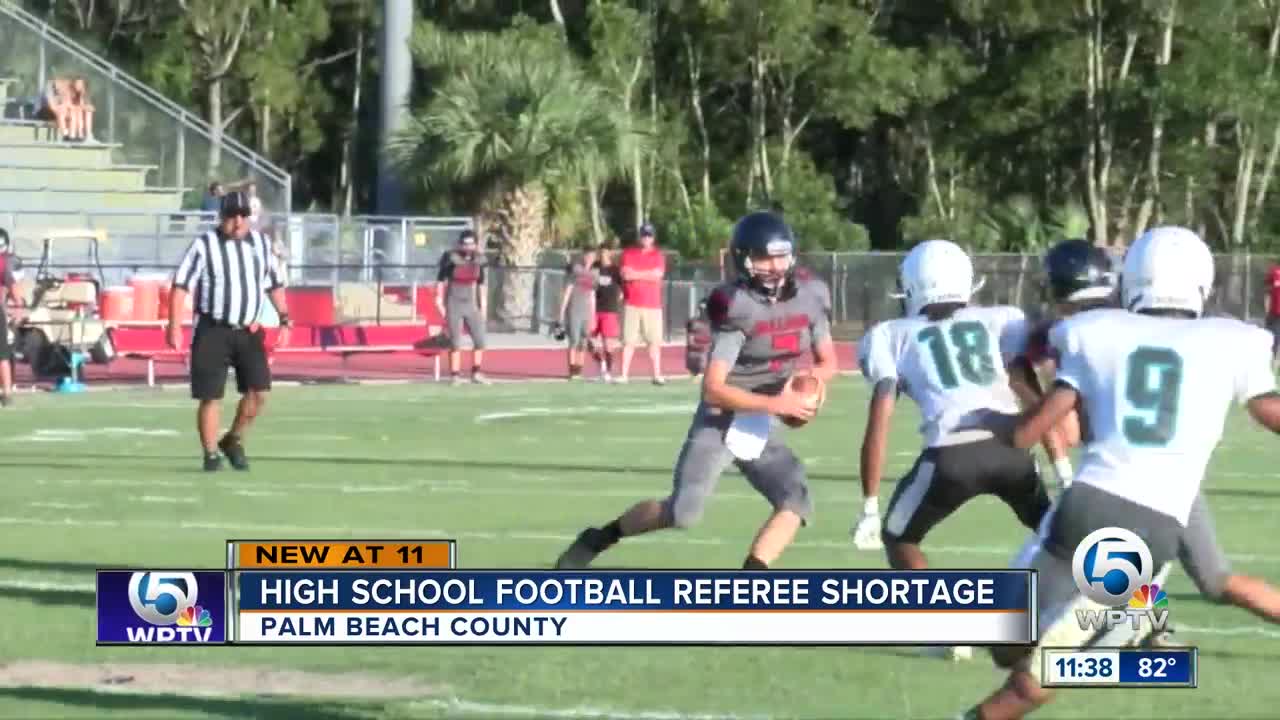 Some of the traditional Friday night lights high school football games will be moving to different nights because there aren’t enough referees.

PALM BEACH COUNTY, Fla. — Some of the traditional Friday night lights high school football games will be moving to different nights because there aren’t enough referees.

If you officiate a high school football game, you’re there because you love it. It pays $77 a game in Palm Beach County.

It’s not that you need to be loved back, but it requires respect, which has been getting worse over the last few years, according Hawthorne.

“The problem with the shortage is the officials aren’t being treated the way that they used to be,” he says.

You combine those two things, and you have Palm Beach County schedulers scrambling to make sure the games happen, Friday night or not.

He volunteered his team to move to a Thursday night for a game.

“Right when we saw that, we’re going to do that to help the county out,” he said.

“The officials take a lot of verbal abuse and there’s no need for that, they’re trying to be as professional as they can be,” he said.

According to a 2017 survey with the National Association of Sports officials, parents cause the most problems with sportsmanship and coaches are most responsible for improving it.

“Maintain a very respectful yes sir no sir demeanor with the officials. We talk to them, there’s only one person who can talk to an official and that’s me,” Allen says.

“Kids do what they see adults do. If they see their coach or a parent or another adult berating an official more times than not, they feel they can do the same thing as well,” Hawthorne says,