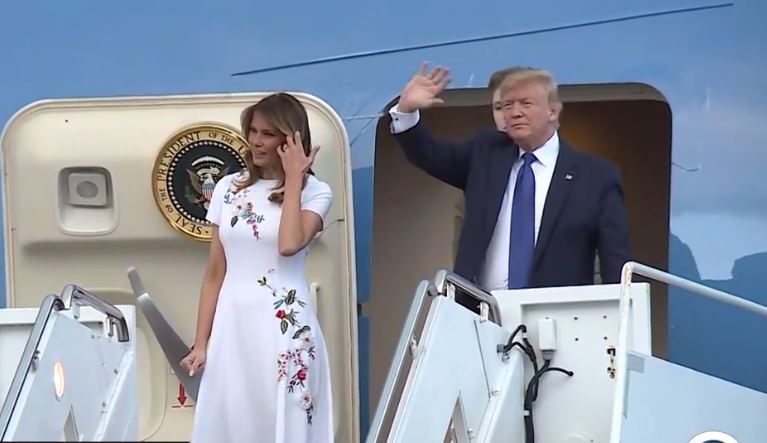 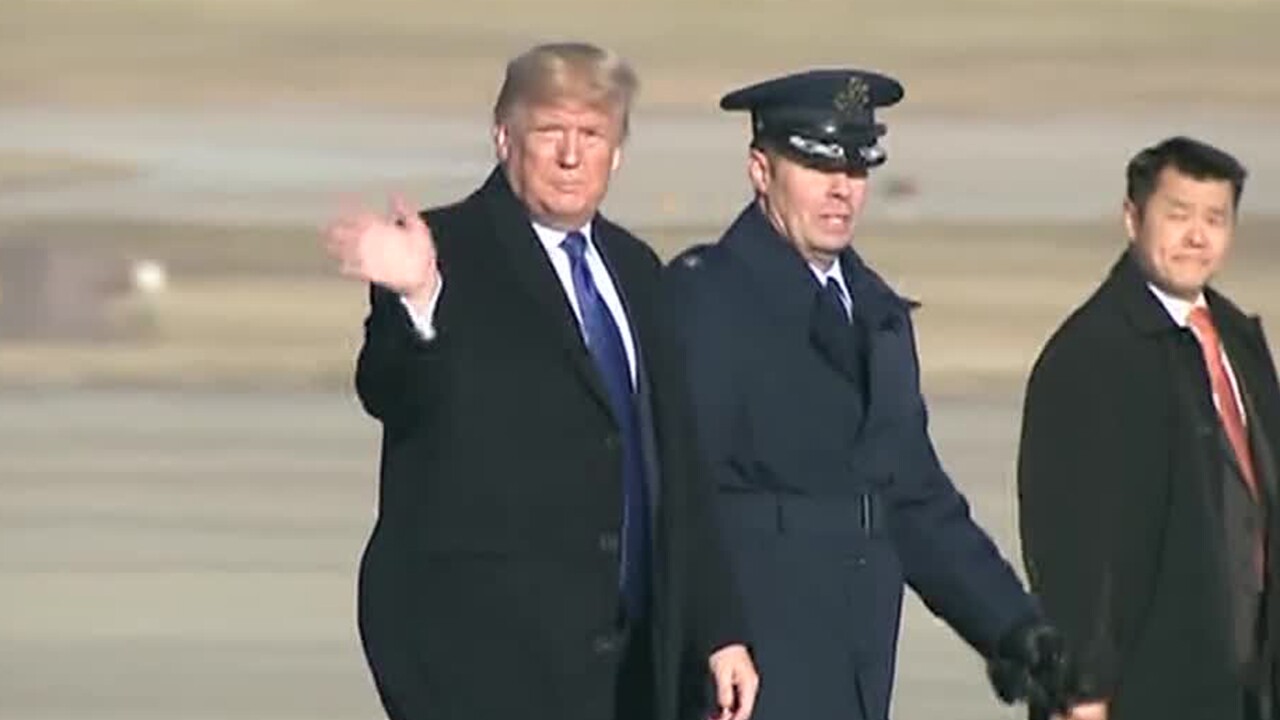 President Trump will then participate in a roundtable with Republican supporters at Mar-a-Lago, followed by a joint finance committee dinner on Friday night.

The president is scheduled to stay in South Florida until Sunday, according to a flight advisory from the Federal Aviation Administration.

The Town of Palm Beach said road closures and security checkpoints are now in effect through Sunday around Mar-a-Lago.

**CHECKPOINTS AND ROAD CLOSURES IN EFFECT AROUND MAR-A-LAGO**: Reminder to all motorists: The checkpoints and road closures in and around Mar-A-Lago are in place. Expect traffic delays in this area thru Sunday, January 19, 2020. Motorists are encouraged… https://t.co/ybkgArcXJh

All forms of travel, including pedestrian travel, are now prohibited on S. Ocean Boulevard from the intersection of S. County Road to Southern Boulevard.

The travel restrictions also extend eastward to the ocean.

After the president departs on Sunday, he'll travel to Austin, Texas and speak at an American Farm Bureau convention for the third year in a row, according to the White House.

The articles of impeachment allege Trump abused his presidential power by pressuring Ukraine to investigate Democratic rival Joe Biden, and also used military aid to the country as leverage.

The president, who calls the allegations a "hoax," is also charged with obstructing Congress' ensuing probe.

Earlier on Friday, President Trump welcomed the Louisiana State University football team to the White House after the Tigers defeated Clemson on Monday night in the college playoff final, 42-25.

Trump attended the national championship game in New Orleans and received an enthusiastic welcome from the crowd.

President Trump most recently traveled to South Florida on Jan. 3 when he held an evangelical rally at the King Jesus International Ministry in Miami-Dade County.

On Friday morning, at least 10 immigrants were taken into custody about five miles north of the president's Mar-a-Lago club on Palm Beach as part of a major smuggling operation, the Department of Homeland Security said.

WPTV, the Scripps National team, and the Associated Press contributed to this report.