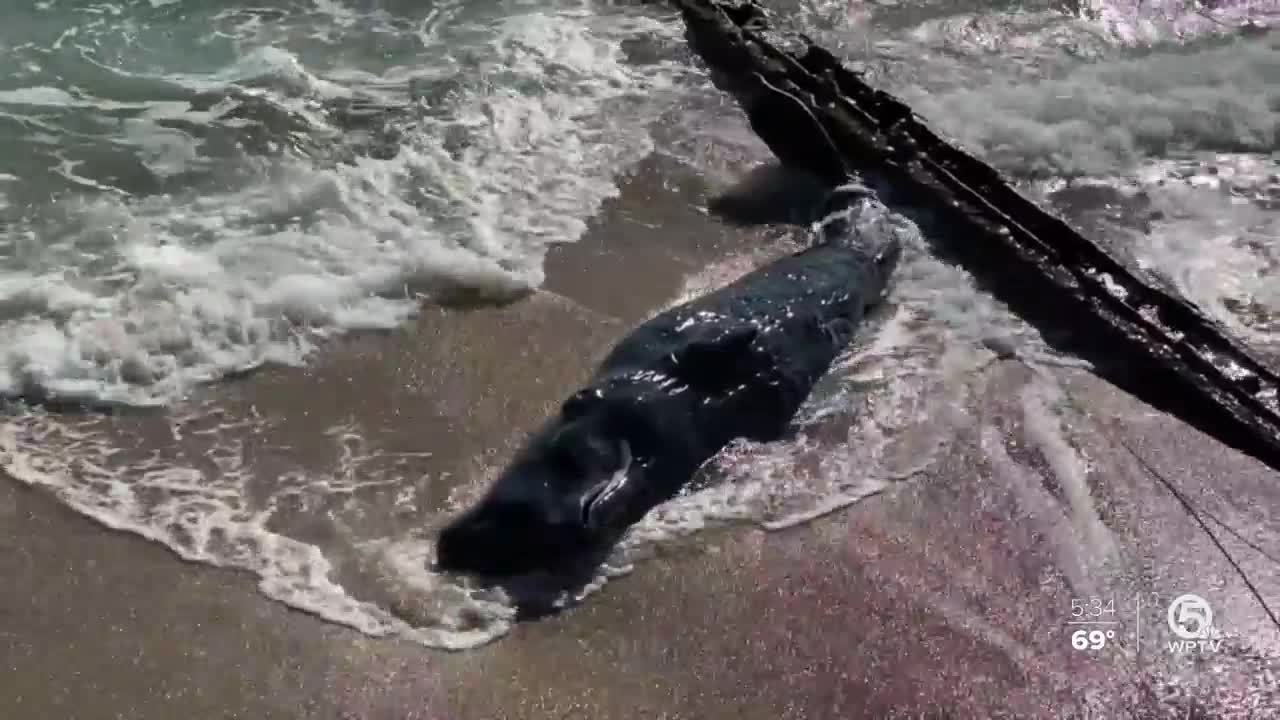 A dead baby sperm whale washed ashore Monday morning on Palm Beach. WPTV Chopper 5 flew over the area, about a half-mile north of Mar-a-Lago, around 10 a.m. and spotted the deceased whale near the shoreline. 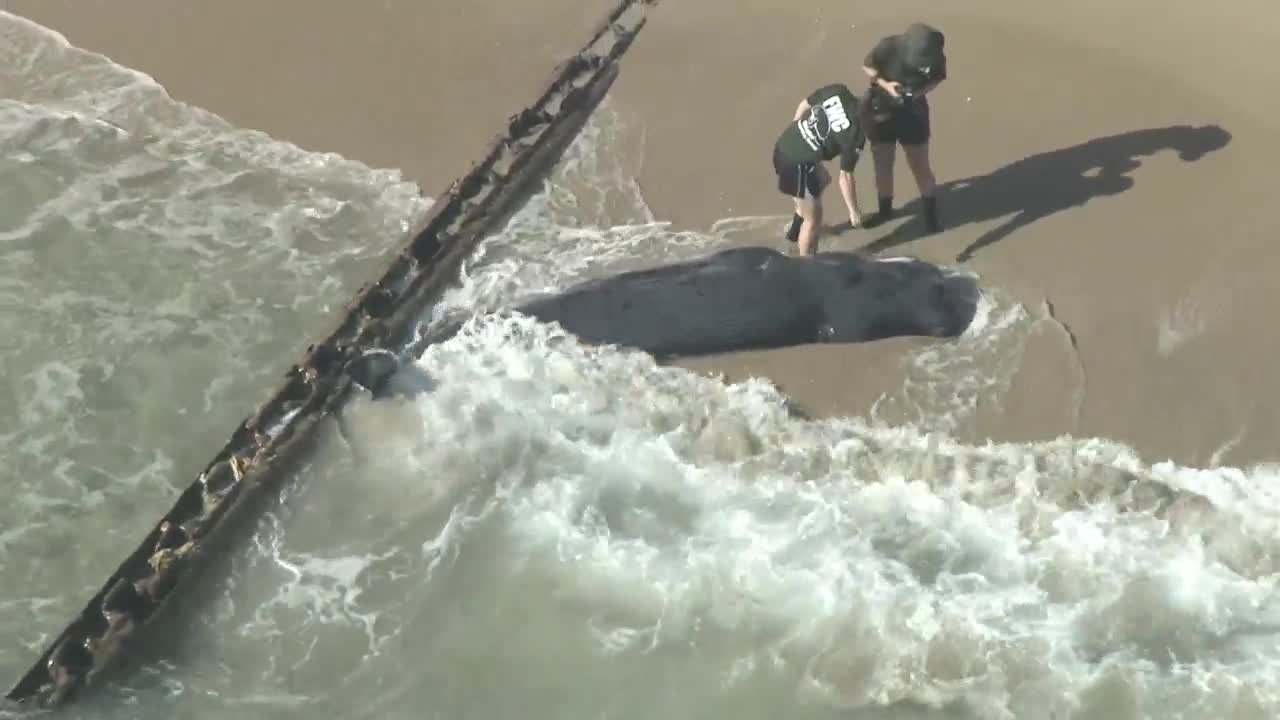 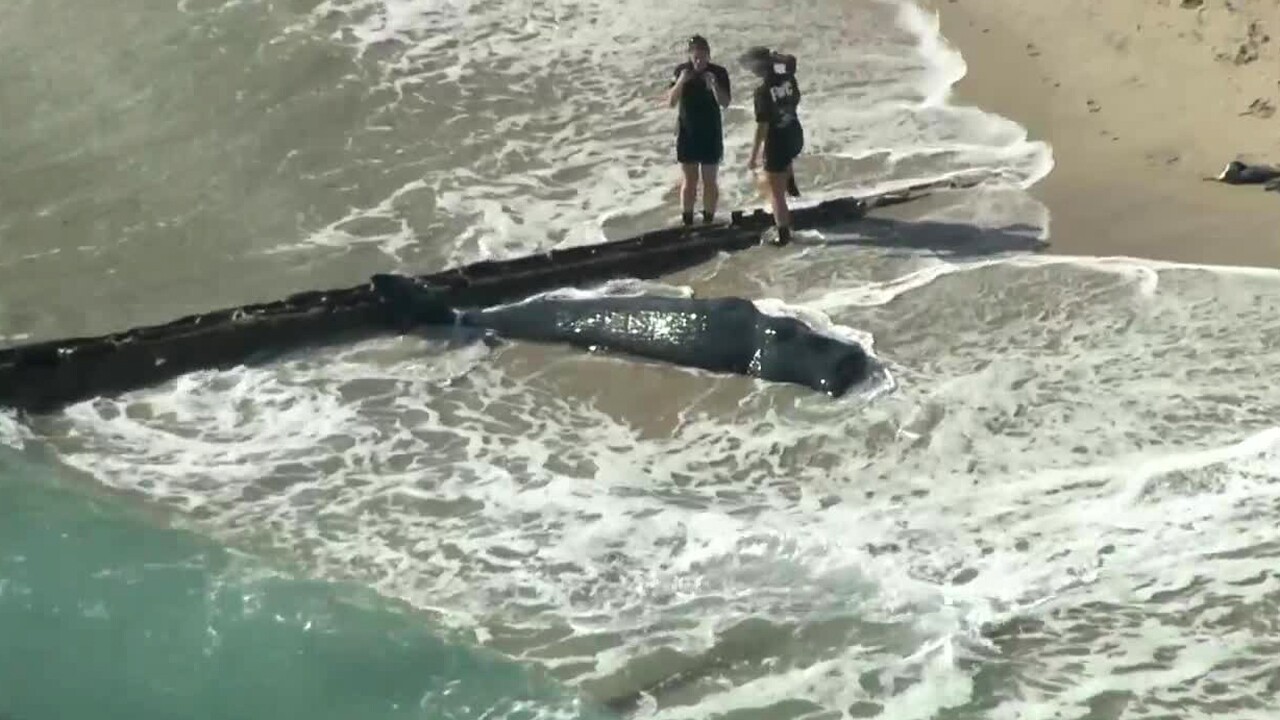 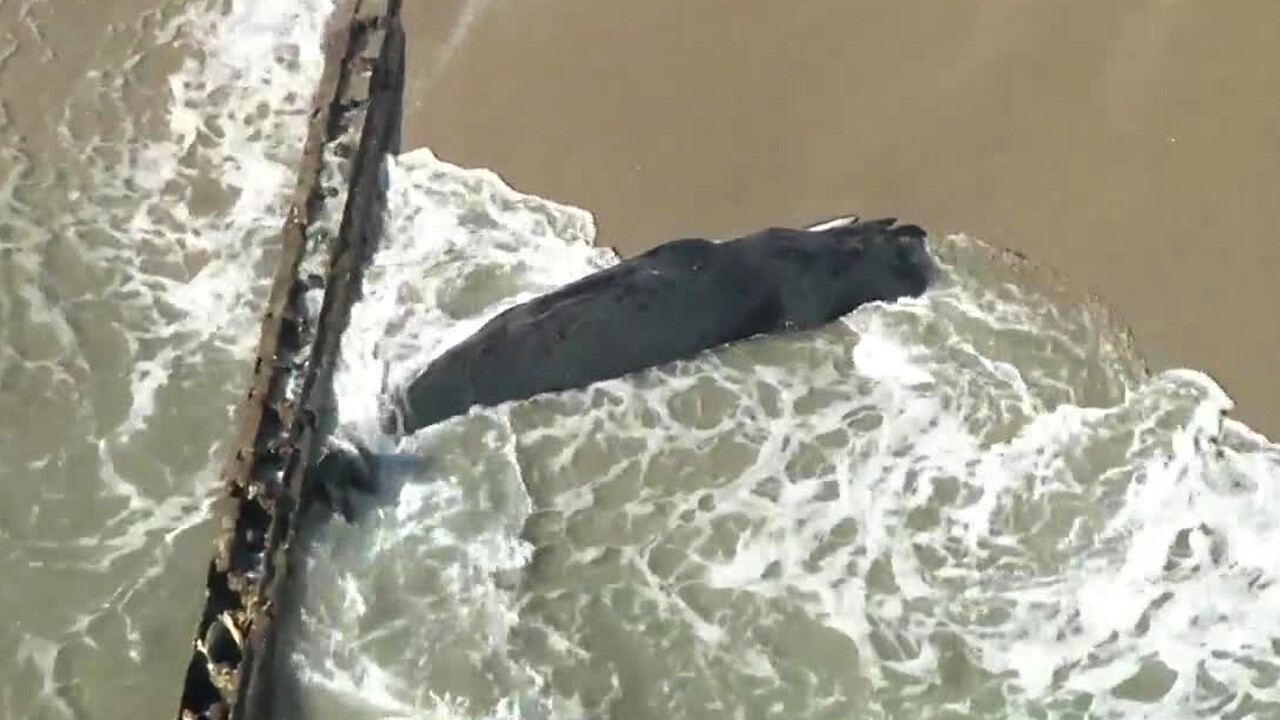 WPTV Chopper 5 flew over the area, about a half-mile north of Mar-a-Lago, around 10 a.m. and spotted the deceased whale near the shoreline.

The Florida Fish and Wildlife Conservation Commission said the calf is between 1,000 to 2,000 pounds, and likely separated from its mother and swam to shore because it couldn't eat on its own.

At least two officers with FWC are at the scene taking pictures and investigating, along with officials from FAU's Harbor Branch Oceanographic Institute.

After several hours, crews removed the dead whale from the beach.

A necropsy will be performed to determine the exact cause of death.

Field necropsy being done after official find a beached whale wash ashore in #PalmBeach just after 7:45 Monday AM. @WPTV pic.twitter.com/CHqXBIyFUY