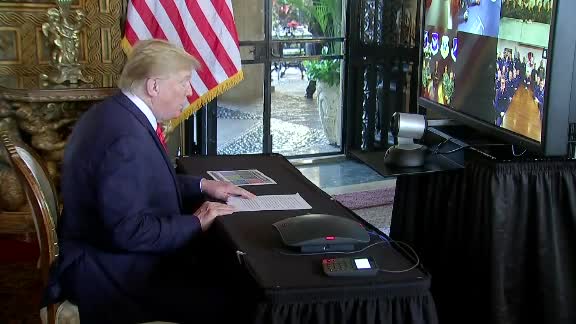 President Donald Trump on Tuesday called members of the military to share greetings ahead of the Christmas holiday. 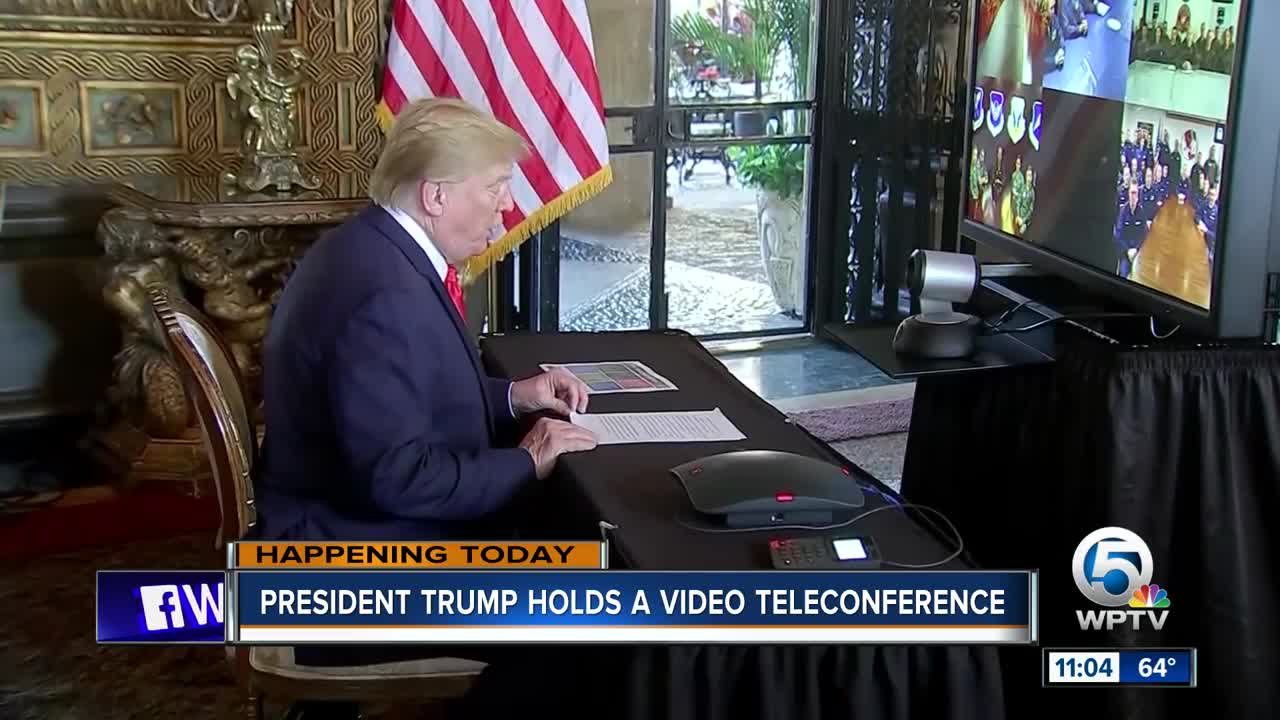 PALM BEACH, Fla. (AP) - President Donald Trump on Tuesday called members of the military to share greetings ahead of the Christmas holiday.

Trump spoke by video conference with service members from Mar-a-Lago, where is he is on a more than two-week vacation.

Trump has been largely out of the spotlight since delivering a speech to conservative students in nearby West Palm Beach on Saturday, spending his days golfing on his private course and greeting the well-heeled members of his clubs.

Trump was asked what he'd bought his wife, first lady Melania Trump, for Christmas. He said he'd bought her a “beautiful card," but was “still working on a Christmas present."

Trump lashes out as impeachment trial

On Tuesday, the president also lashed out as his Senate impeachment trial remains at an impasse, with Republican and Democratic leaders at odds over its format and whether witnesses should be called.

Trump singled out Speaker Nancy Pelosi, who is indefinitely holding up sending the articles of impeachment the House passed last week. He says Pelosi “hates the Republican Party."

Senate Majority Leader Mitch McConnell has said he has not ruled out calling witnesses but also indicated that he was in no hurry to seek new testimony either.

Meanwhile, the Senate's top Democrat, Chuck Schumer, says any trial without witnesses would be a “sham."

Pyongyang had threatened to deliver a "Christmas gift" to the US amid stalled denuclearisation negotiations between the two nations.

Speaking to journalists after a Christmas eve phone call with military leaders, Trump said that the US would handle the "gift" and would be able to "deal with it very successfully."

"I may get a vase, I may get a nice present from him. You don't know. You never know."

North Korea has not carried out a long-range missile test in more than two years.