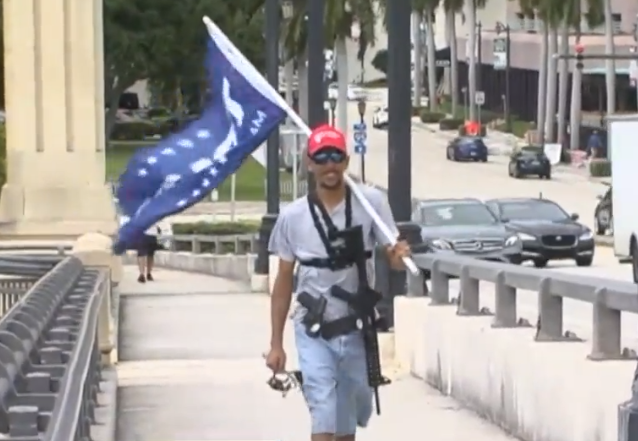 Right now there's a push to add restrictions to a current law that allows gun owners to open carry in Florida under certain circumstances. This comes after a recent demonstration of gun advocates openly carrying their rifles and guns on the Royal Park Bridge leading into Palm Beach. 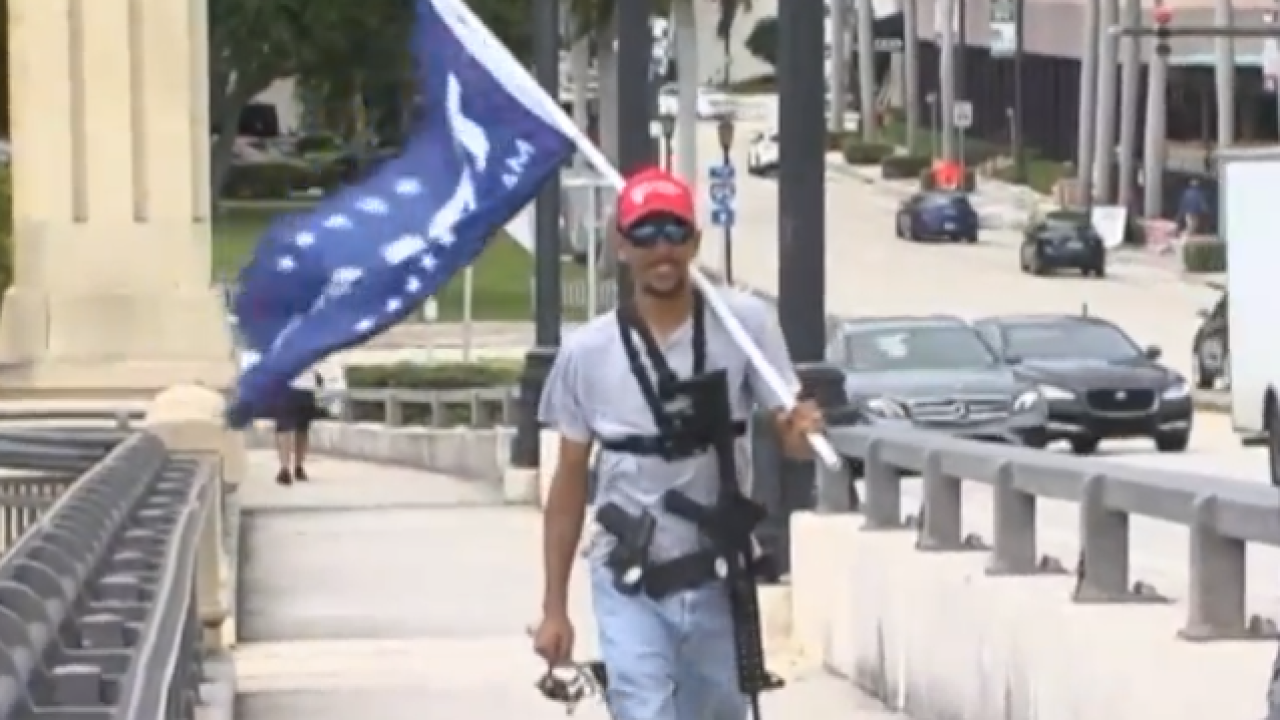 PALM BEACH, Fla. — Right now there's a push to add restrictions to a current law that allows gun owners to open carry in Florida under certain circumstances. This comes after a recent demonstration of gun advocates openly carrying their rifles and guns on the Royal Park Bridge leading into Palm Beach.

Michael Taylor was one of those gun owners.

“We’ve demonized firearms to a point where we need to un-demonize it,” he Taylor with Florida Carry said.

Taylor who said he started to exercise his open carry right while fishing after he was almost robbed under a bridge one early morning.

“Ever since that day I’ve been open carrying,” Taylor said.

In March, he and a group of other gun owners demonstrated their rights by fishing on the Royal Park Bridge also holding American flags and flags in support of President Donald Trump. Citizens who saw shotguns and AR 15s called 911.

Training and Community Relations Coordinator Michael Ogrodnick at the Palm Beach Police Department said it is the duty of officers to respond and find out what the intent of the gun owners is. He said all of the officers are trained and know the law. The issue he believes is that the statute as written allows for gun owners to open carry while or on the way to or from hunting, fishing, or camping regardless of what’s around those areas.

“We believe the spirit of the law was for someone who was hunting, fishing, camping, in a rural area, a fishing hole, out on a lake, not in a Downtown commercial area in West Palm Beach walking over to the barrier island of Palm Beach,” said Ogrodnick.

Palm Beach Police Chief Nicholas Caristo has written a letter to Senator Bobby Powell asking that the introduce an amendment to the wording of the current law.

“The chief has requested that the legislation just be amended to read that within the 1500 feet, Birdseye view of a school, house of worship, guarded beach, or government building, people exercising their second amendment right not open carry within that distance of those buildings,” said Ogrodnick.

Gun owners on the Royal Park Bridge were within that distance near a church and university during the March demonstration. Taylor believes that having responsible gun owners open carrying while fishing, hunting, or camping near one of the mentioned locations would not make the area any less safe, he believes it may even deter someone trying to target the gun-free zones. He said he understands people’s fear, but that it shouldn’t limit the current rights of gun owners.

“It’s crucial for the statute to be left alone,” said Taylor. “I get it, I understand I sympathize for the shootings, I sympathize for anyone that’s lost [a loved one], we cannot restrict people’s rights to bear arms and especially to protect themselves in this day and age,” added Taylor.

Senator Powell said he has drafted a bill to amend the language of Florida Statute 790.25(3)(h).

“I believe that an individual’s second amendment right and another individual’s right to feel safe in their community do not have to be mutually exclusive. We can approach the issue in a common-sense manner that does not infringe upon the second amendment, yet addresses the concerns people have with someone openly displaying a semi-automatic rifle near our schools, places of worship, beaches, and government buildings,” said Senator Bobby Powell, State Senator, 30th District.