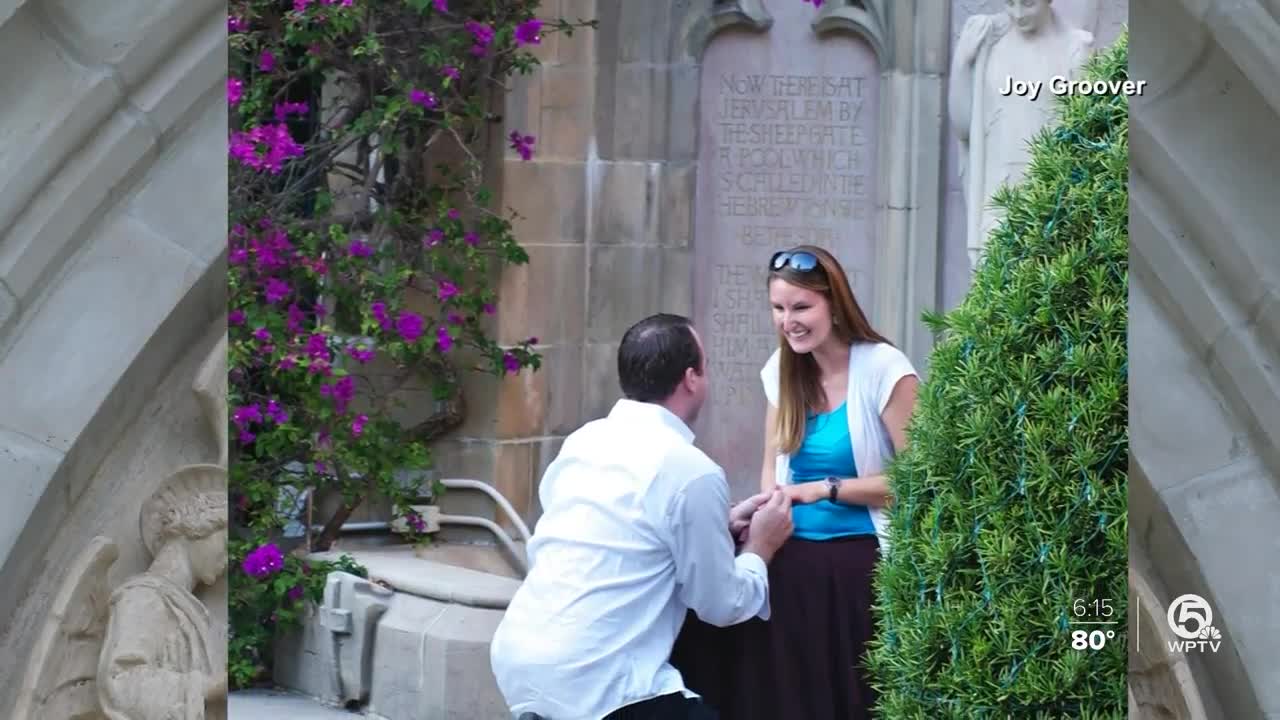 It’s a story that made both national and international news that was almost a decade in the making. It centers on an engagement photo and the search to find a mystery couple. 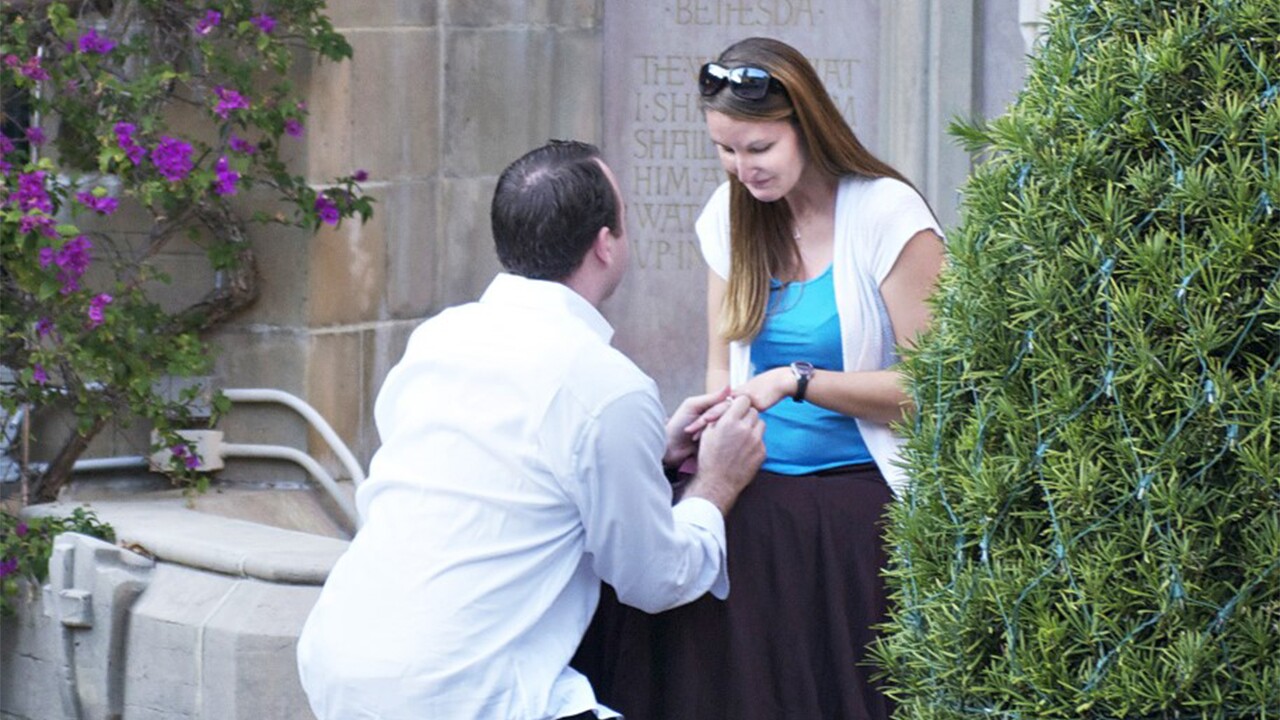 PALM BEACH, Fla. — It’s a story that made both national and international news that was almost a decade in the making. It centers on an engagement photo and the search to find a mystery couple.

On Dec. 10, 2010, Joy Groover was photographing a family at the Episcopal Church of Bethesda-by-the-Sea when she noticed a man on one knee.

“I was on one side of the courtyard and they were on the other,” said Groover. “And I zoomed way, way, way in – and [captured] all the details.”

Except who they were and how to get the photos to them. Groover says she immediately posted a message on Facebook that night asking for help from the public with the caption:

Need your help: If anyone knows this couple that got engaged at sunset this evening at Bethesda by the Sea in Palm Beach, please let me know. I was in the area shooting and captured the entire event without them knowing. I’m sure it would be a wonderful (albeit creepy) surprise for them.

She also posted messages to YouTube, Reddit – and on every anniversary of the mystery engagement, Groover also took to the internet on the hunt to find them.

“People would harass me and be like, ‘leave them alone’ and you’re a stalker and a menace to society,” said Groover.

Her mission of the heart would finally pay off on December 20, 2018, when the David and Ashley Barnosky, a married couple from the suburbs of Houston replied to Groover through email.

“She just happened to be in the right place at the right time,” said David. “We do have photos now of a very special moment for which we are extremely appreciative. You really couldn’t ask for that. Without it having been sort of candid and unplanned. But the other thing was getting connected to Joy – her name says it all.”

It’s a search that would finally come to a close on Feb. 16 on Singer Island when the two families of four would at last meet in person.

Both families also have plenty of similarities: two sets of daughters, youngest children born on the same day, a daughter named Hannah and family roots in Texas.

“It’s just really nice how our lives have kind of been interwoven whether we knew it or not,” Ashley said. “This also proves there’s kindness and nice people in this world. There’s love in the world.”