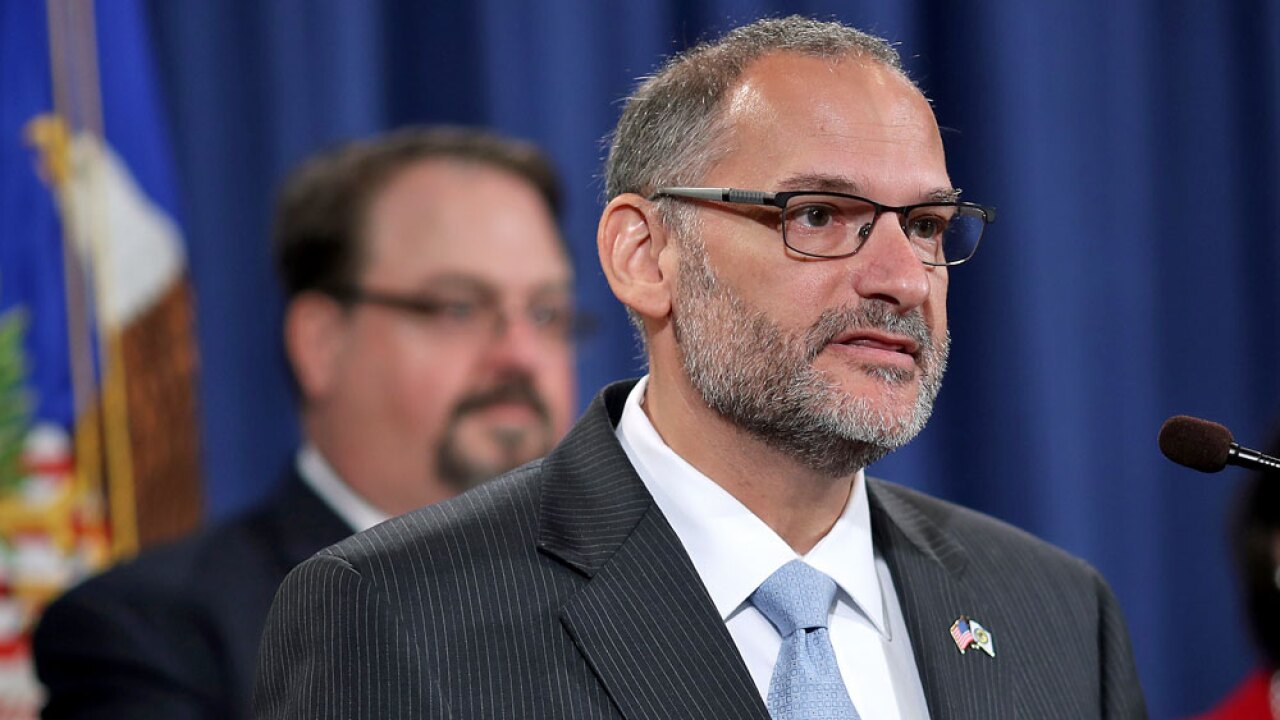 WASHINGTON (AP) — The acting director of the federal Bureau of Prisons has been removed from his position more than a week after millionaire financier Jeffrey Epstein took his own life while in federal custody.

RELATED: Early Epstein accuser: Police could have stopped him in 1997

No reason was given for the reassignment, but the move comes as the bureau faces increased scrutiny after Epstein's suicide Aug. 10 at a New York jail.

The FBI and Justice Department's inspector general are investigating.

Barr has named Kathleen Hawk Sawyer to succeed Hurwitz. She was the agency's director from 1992 until 2003.

Hurwitz also led the agency when Boston mobster James "Whitey" Bulger was killed in a federal prison in West Virginia in October.