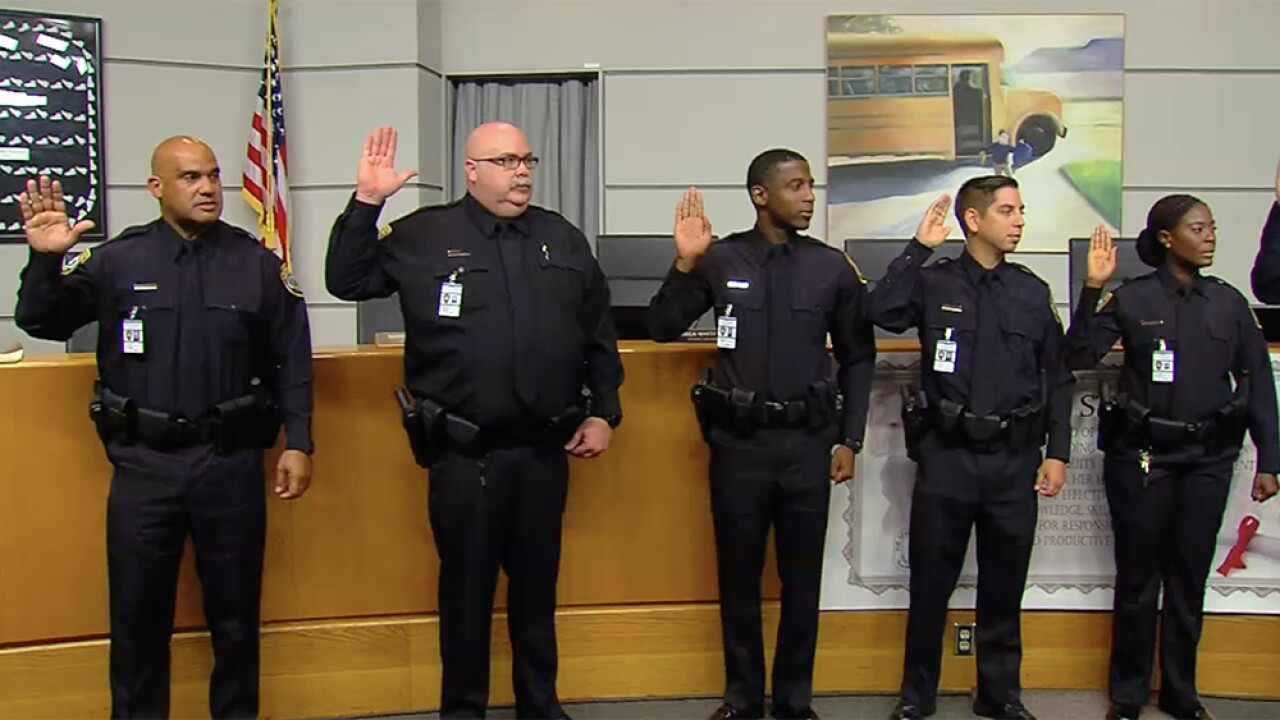 PALM BEACH COUNTY, Fla. — After 10 months and 81 new hires, the Palm Beach County School District has surpassed the state mandate of requiring a police officer or armed guard in every public school.

The district had 75 positions to fill, but Chief Frank Kitzerow said thanks to a change in recruiting tactics, marketing strategy, and collaborating with other departments, they were able to hire an additional six officers.

"I can’t think of anything more important than protecting these kids. That’s what we do," said Chief Kitzerow.

After the Marjory Stoneman Douglas High School mass shooting on Feb. 14, 2018, Florida became the first state to require police or armed guards in every public school.

The mandate went into effect in July last year, and until now the school district has relied on help from neighboring jurisdictions to help fill the gaps while they looked for new officers.

"I have to thank all of my colleagues out there in the cities and the Palm Beach County Sheriff’s Office that have helped us staff these schools, and my goal is to as quickly as possible thank them and help them get back to their daily work," said Chief Kitzerow.

On Thursday, six men and women raised their right hands and took the official oath of office to protect and serve more than 200,000 students and 20,000 staff throughout 187 schools in Palm Beach County.

"We are asking these officers to go down the hall by themselves in an event that most people would be running away from to take care of the business by themselves without a backup," said Chief Kitzerow.

During the ceremony, each new officer was asked to have a family member or friend pin their new badge on their uniform.

"I have an 11-year-old son that pinned my badge on me, so I send him to school every day and I expect an officer to protect him, and it’s just an honor to be able to be one to do the same for another family," said officer Katie Guerrier.

The school district said although they have surpassed their goal, they do plan to hire more officers ahead of the 2019-2020 school year.