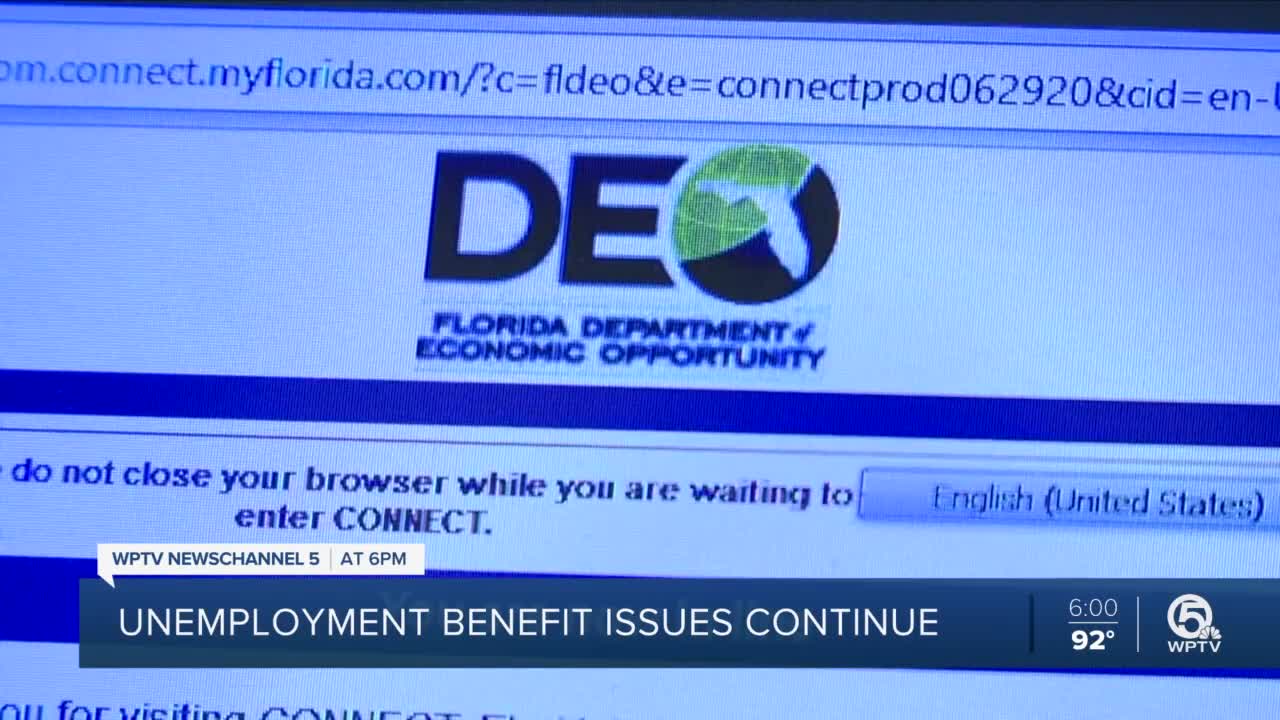 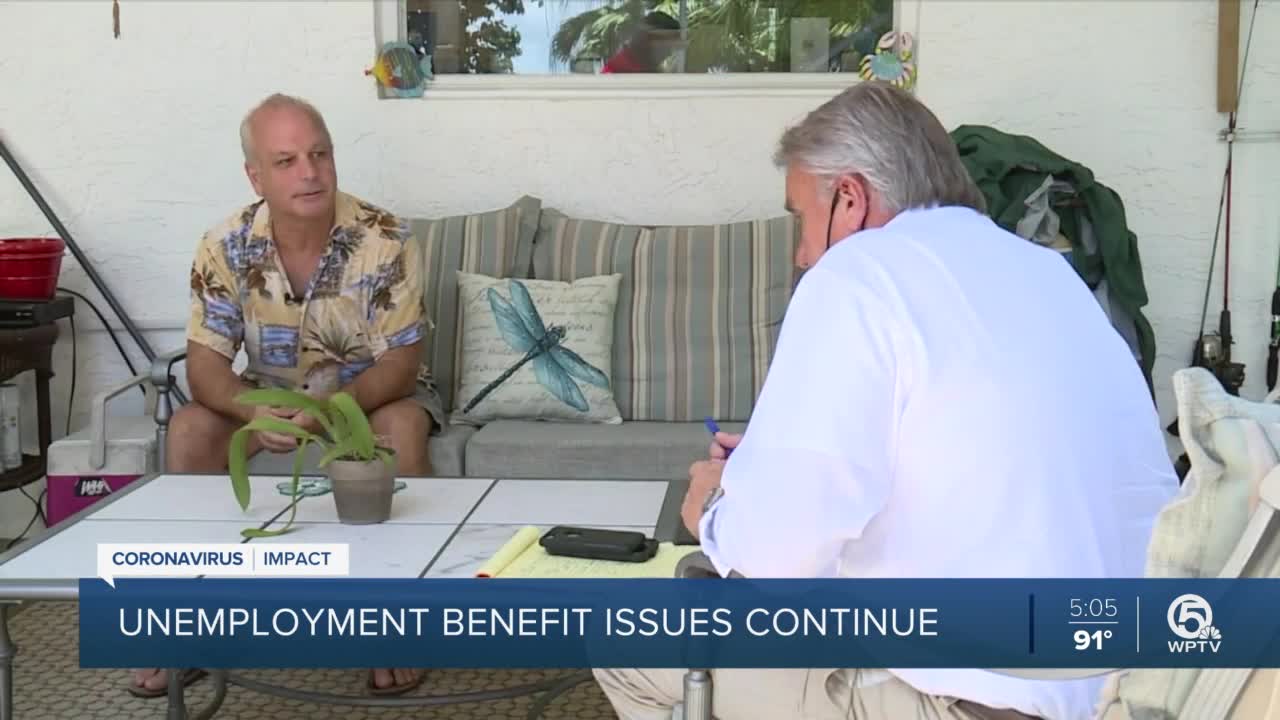 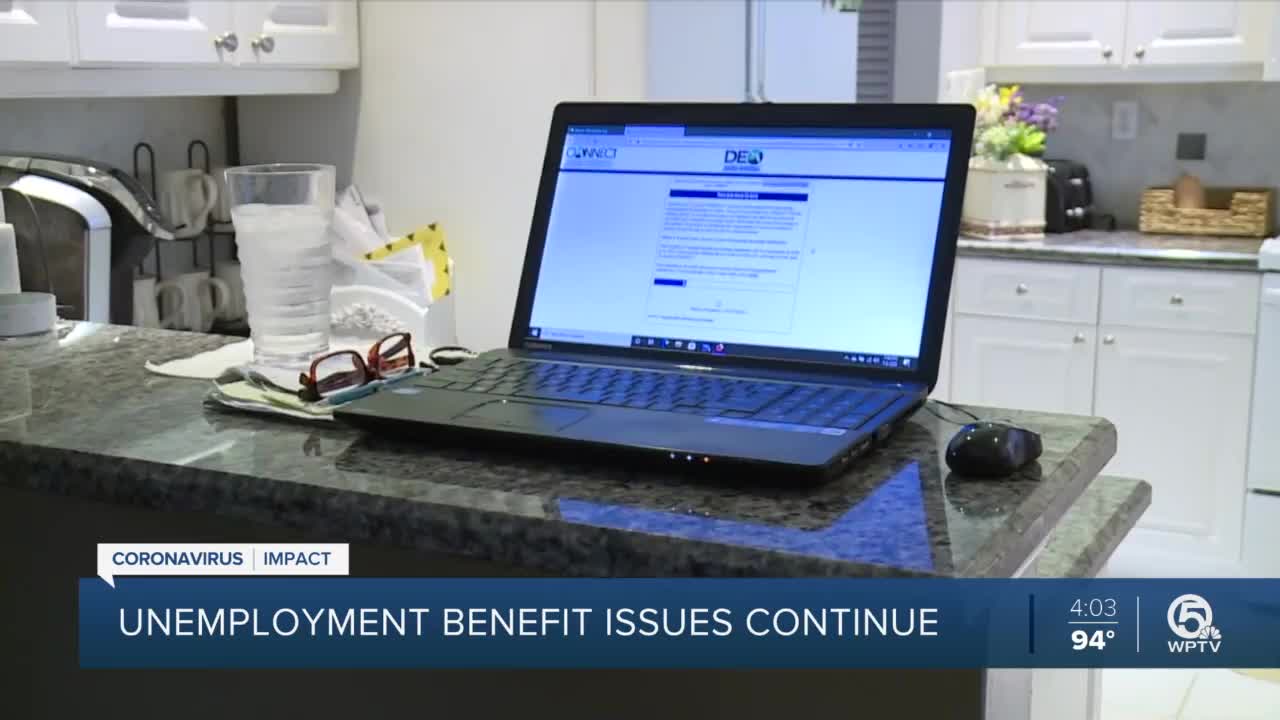 In Florida, 85,000 people filed for unemployment benefits last week, which is lower than the week before. However, unemployed Florida workers continue to struggle to get benefits.

"We've been hanging on, but now we're starting to dip into our savings," said Douglas Sullivan, a resident of suburban Lake Worth.

Sullivan said he spends most of his days on the state's unemployment website, hoping to collect money owed to him. He said he has been waiting nearly two months for benefits after getting only one check

"I was able to contact someone live, and I was working with a gentleman, and he stated, 'Everything looks perfect. You're eligible. I don't see why it's not going through, and we lost contact,'" said Sullivan.

Even as the latest unemployment numbers seem to be decreasing, the problems keep mounting for those out of work.

"One of the main problems is the identity issue tool where it hasn't verified identity, so it can't go forward like they're in the log in to the site, but it's locked," said Knightly.

In those cases, Knightly said the system seems to unlock itself eventually.

Another problem has to do with verifying eligibility status.

"It's a simple problem, usually. Most of the time, 90 percent of the time, it's just they haven't clicked the PUA benefit link. But we have seen some problems, like applications recently, where they had a claim before COVID happened, and so they're blocked from the system entirely," Siegler said.

Both Knightly and Siegler are solving issues every day on Amit Knightly's Facebook page and taking text questions on their hotline, 561-318-9912.