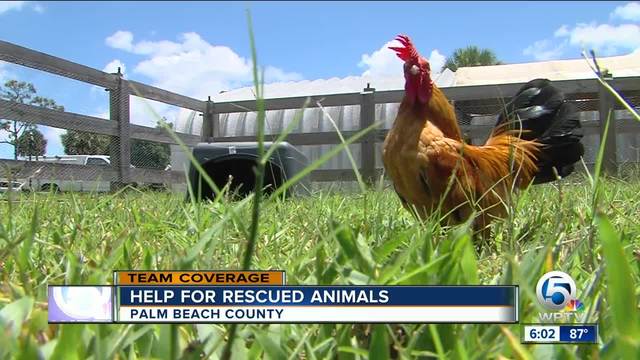 The animals were removed from a suspected illegal slaughterhouse in Loxahatchee Groves. 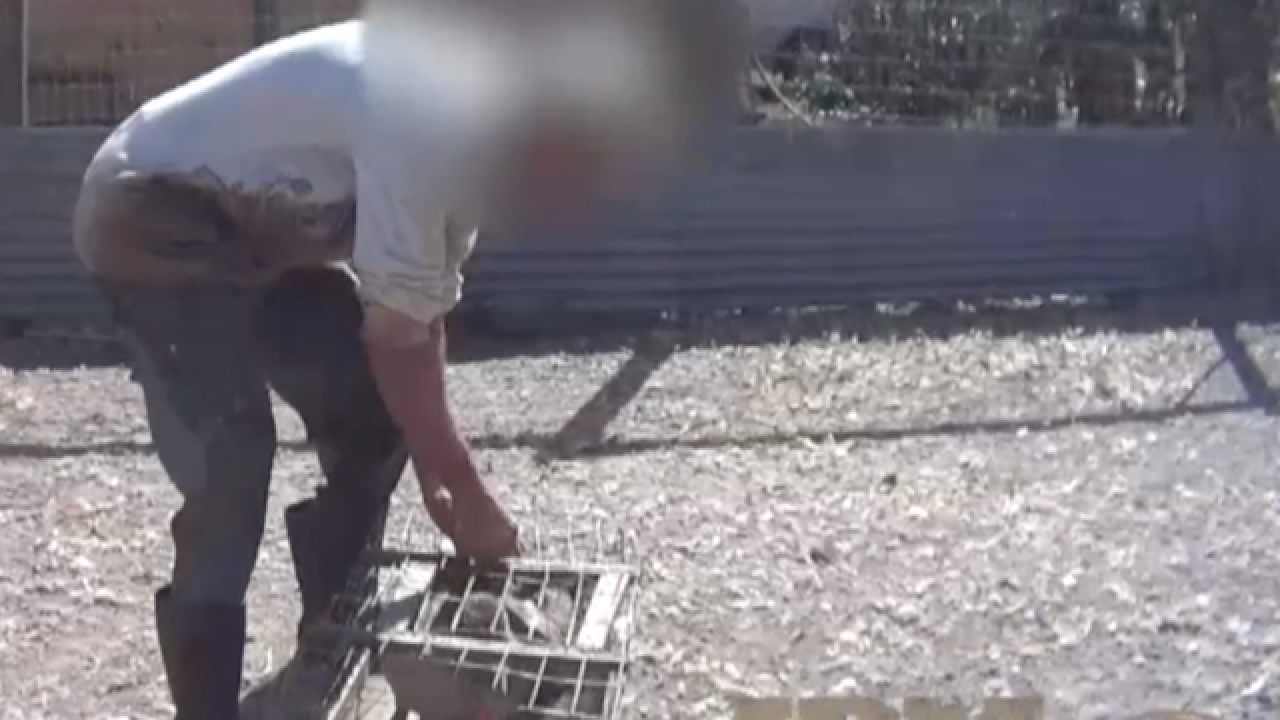 PALM BEACH COUNTY, Fla.- There are nearly 300 chickens, seized from a suspected illegal slaughterhouse farm in Loxahatchee Groves, now in a pasture at the Palm Beach County Animal Care and Control facility off Belvedere Road.

Workers there are trying to see if any are still adoptable.  Many died during transport and upon arrival because they were too weak and stressed.

Dianne Sauve, the director of Palm Beach County Animal Care and Control, believes they were bred and forced to grow as quickly as possible to be slaughtered.

"This is the first time I’ve seen birds come into our facility like this," she said.  "Tire so easily, stress so easily.  It’s a first for me to see the birds that are shaped like this."

Six pigs were also brought to the facility but were euthanized due to fears of pseudorabies. Taking them in would have forced part of the facility to be quarantined.

A decision about adopting the chickens will be made early next week, according to Sauve.

Chickens from Lox raid at ACC in PBco pic.twitter.com/WVCMBbVLO8

6 pigs euthanized due to fear of pseudo rabies. between 30 and 40 chickens died during transport or shortly after at ACC.