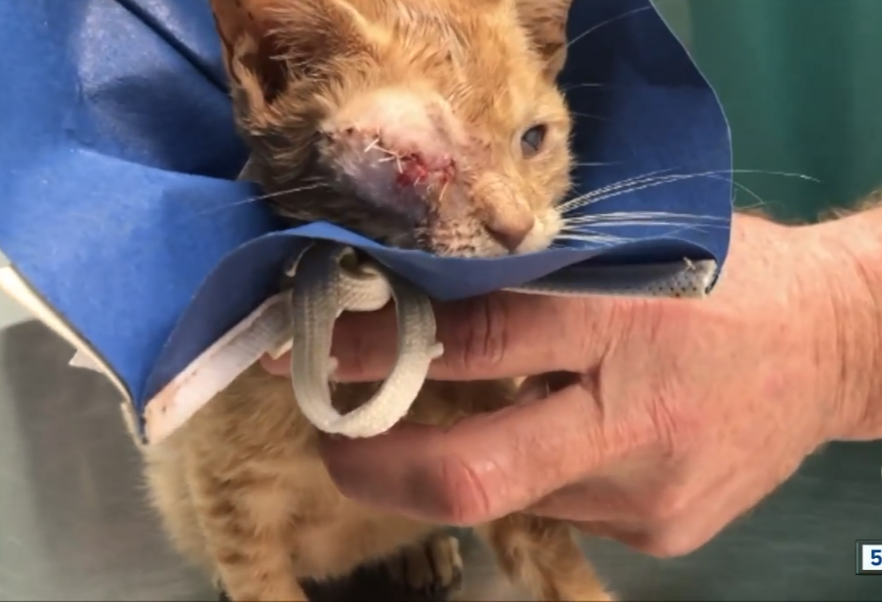 A kitten is clinging to life after someone dumped it out of a truck and left it for dead inside a trash can in Loxahatchee Groves. 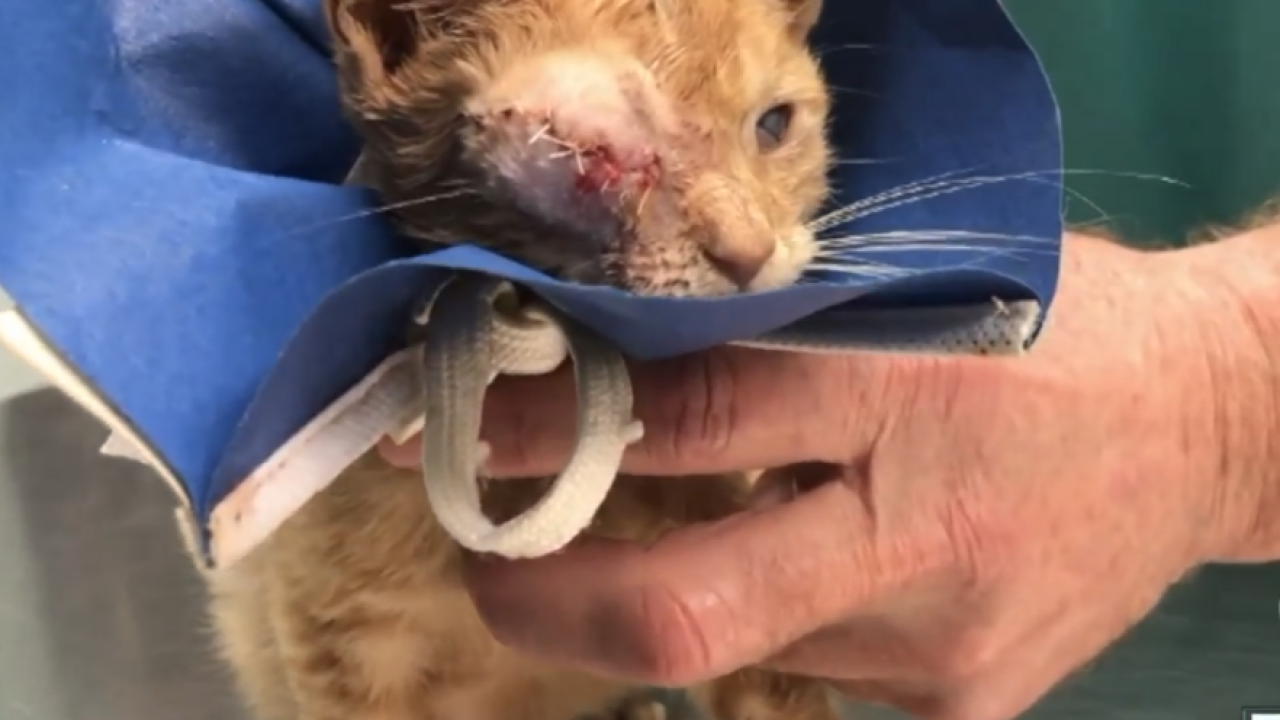 LOXAHATCHEE GROVES, Fla.- A kitten is clinging to life after someone dumped it out of a truck and left it for dead inside a trash can in Loxahatchee Groves.

At only 8 weeks old, the kitten is now in critical condition at Palms West Veterinary Hospital.

“On Monday he came in with his eye popped out and torn apart, and his other eye totally closed,” said Dr. Ira Grossman.

Grossman performed emergency surgery to remove the cat’s right eye, which was the only way to help him survive.

“He had a very high chance of not making it through the surgery because he was so weak, but we had no choice,” Grossman said.

The horrifying tale begins when Dana Caplan received a phone call from her friend after she says a man in a white pickup truck dumped the cat out the window near her home last weekend on F Road.

“Threw a plastic bag that was tied, a Publix bag, in her garbage can and she didn’t think anything of it until all of a sudden she heard the bag meowing and saw it moving,” Caplan said.

The woman rushed the cat to Palms West. The kitten is also being treated for intestinal parasites and hookworms.

“Absolutely without a doubt, I have a feeling this was intentional and this has a lot to do with trauma and cruelty,” said Caplan, who contacted Palm Beach County Animal Care and Control.

The kitten has been nicknamed Pumpkin. He’s not out of the woods, but he’s now on the road to recovery.

“This case this kitten is lucky that so far he’s doing ok, a lot of cats don’t,” Grossman said.