Crews in The Acreage rescue horse stuck in mud 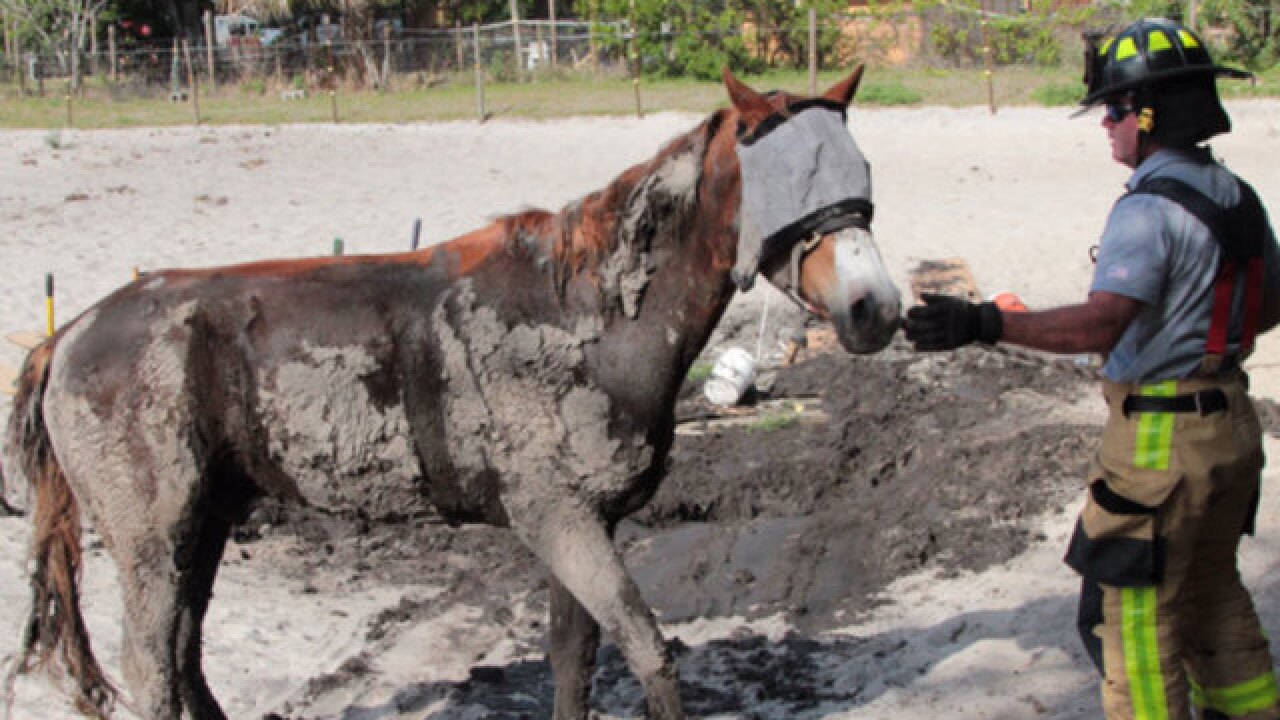 Palm Beach County Fire Rescue crews freed a 25-year-old horse named "Skip" that was stuck in the mud Monday morning in The Acreage.

When crews arrived, the horse was stuck in mud up to its belly.

"We don't know if the horse was spooked, if it just wandered down there inadvertently and got stuck by accident," explained Borroto.

Firefighters started working on digging the horse from the mud using hand tools and keeping the horse calm during the rescue.

"Think of a mud pit," said Borroto. "As they dig around, these are heavy animals, as soon as they were digging it kept sinking back in."

Borroto said they used training they learned in equestrian rescue classes to get straps around the animal and pull it from the mud using a pulley system.

With the help of a local veterinarian, the horse was sedated and effectively rescued from the mud by the firefighters.

Borroto said “Skip” was evaluated by the veterinarian and is doing well.