Cleanup begins for people in tornado's path in The Acreage 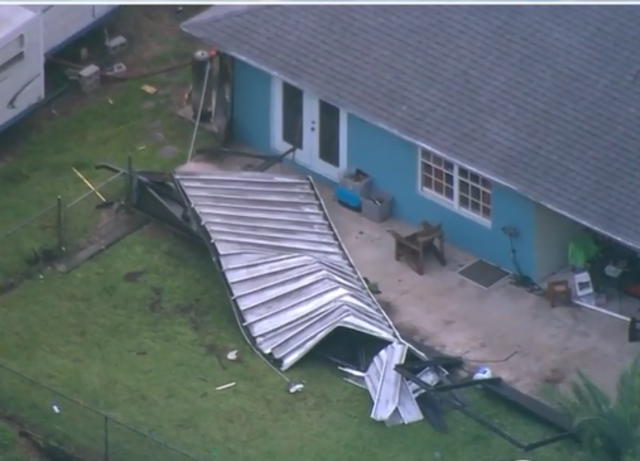 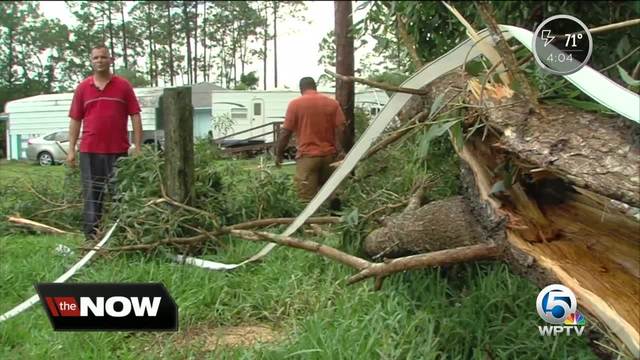 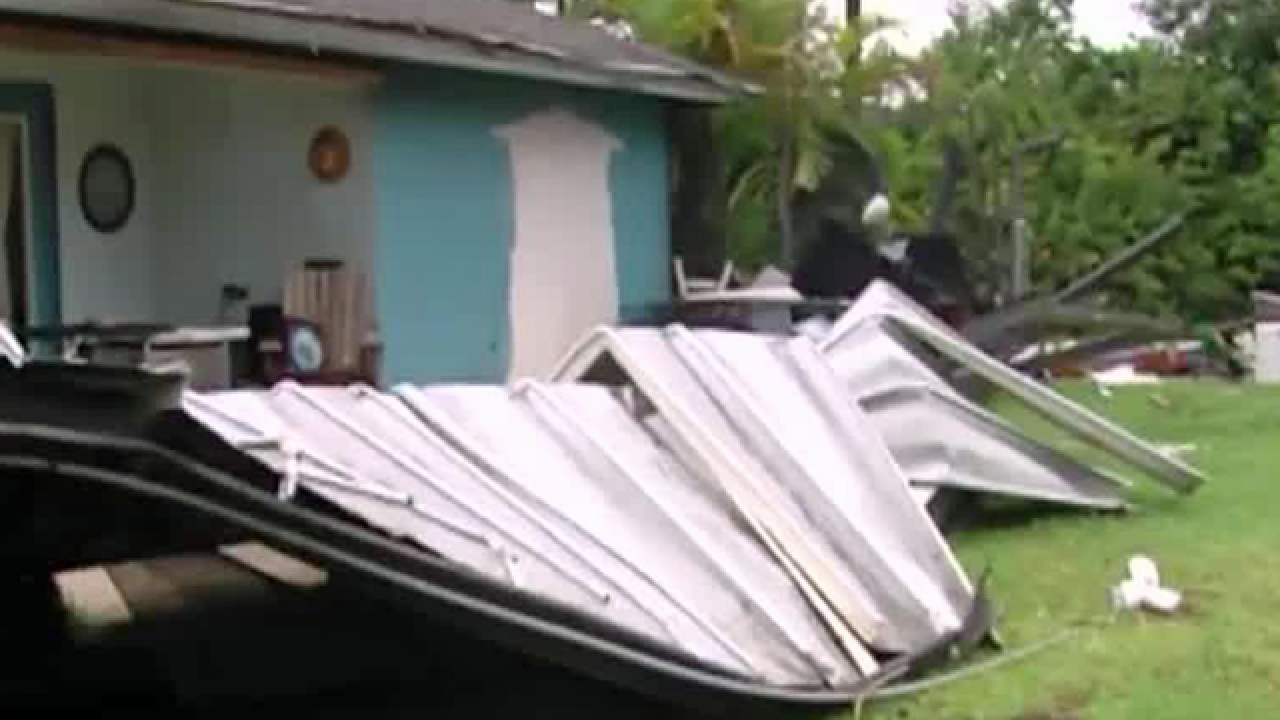 THE ACREAGE, Fla. -- Erica Chace doesn’t even know whose trampoline is now flipped upside down in front of her yard. She also doesn’t know where her own patio furniture is or where one of her window shutters landed.

That’s the case for several people in a mile and a half section of The Acreage who are trying to piece their yards back together after an EF0 tornado.

"Around like 5:15 a.m., I started to hear a howling of wind like really, really strong gusts of wind," Chace said. "It was almost like I could hear it kind of twisting and I immediately knew, ok, something is wrong."

The National Weather Service said the tornado reached up to 80 mph.

“I looked through the window for a quick second and at that precise moment my tree, my front tree fell on my house," Chace said.

The tree tore a hole in her roof.

"A lot of my roof is gone, so thankfully I was able to have someone come and patch it up because I know it’s going to be raining the next couple of days," she said.

She spent early Monday afternoon looking around the area for her patio furniture that went flying. A piece of decor was across the street in Theresa Morrison's yard. Morrison has her own damage too.

“His mirror on the side of his car is gone and his trailer is all off the foundation and my patio is gone," she said.

Morrison said the damage is worse than she’s seen from hurricanes.

Next door, Lazaro Santos used a chainsaw to chop up a tree that fell on his fence.

"What gets me the most is how quick it was," Santos said. "All the damage it did in such a small time.”

Chainsaws are going off 74th Street North right now, where trees, fences, a trailer and a chicken coop all came down this morning @WPTVpic.twitter.com/j2cjiLWAJl

Santos didn't have any time to waste with clean up either because his yard houses a bunch of animals including cows, goats, horses and chickens.

“I don’t want the animals to bother the neighbors," he said.

After fixing the fence, he had to rebuild a chicken coop.

“I do have to do something tonight," he said. "They can’t sleep outside.”

But Santos had family, friends and neighbors helping him out.

“Everybody sticks together out here," Morrison said.