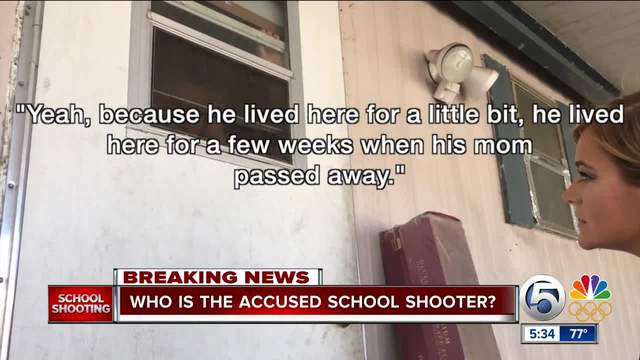 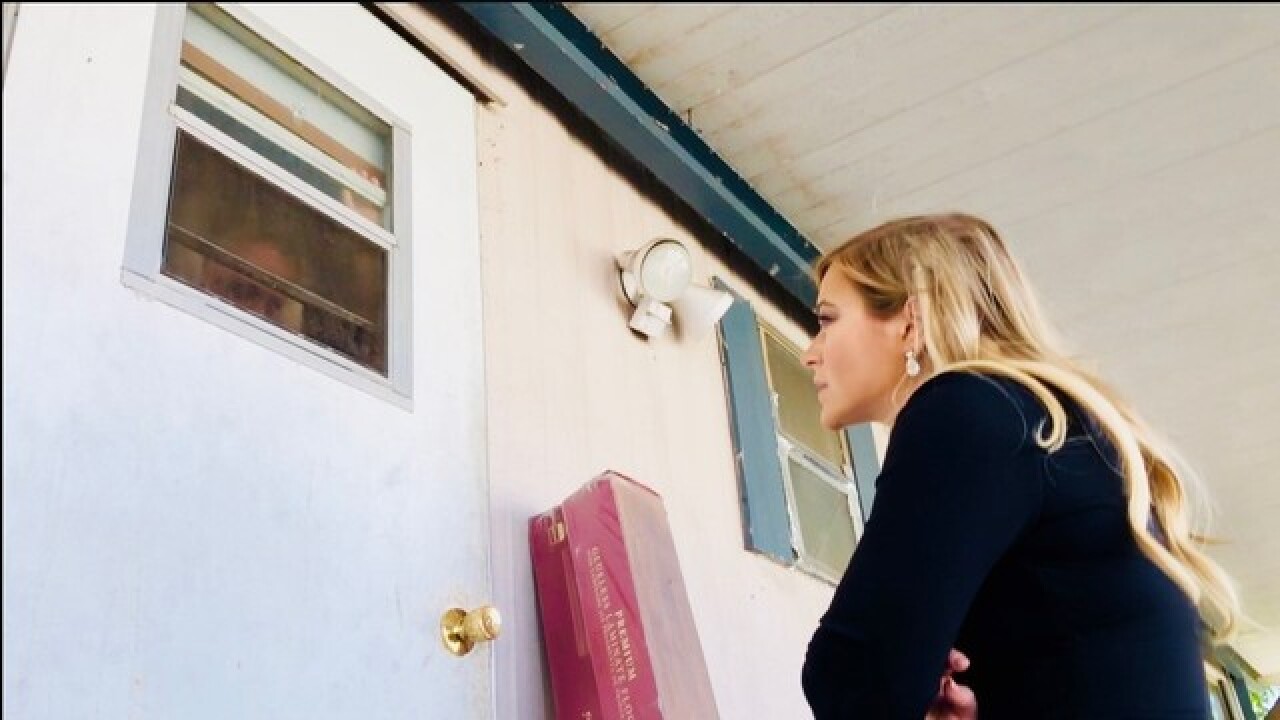 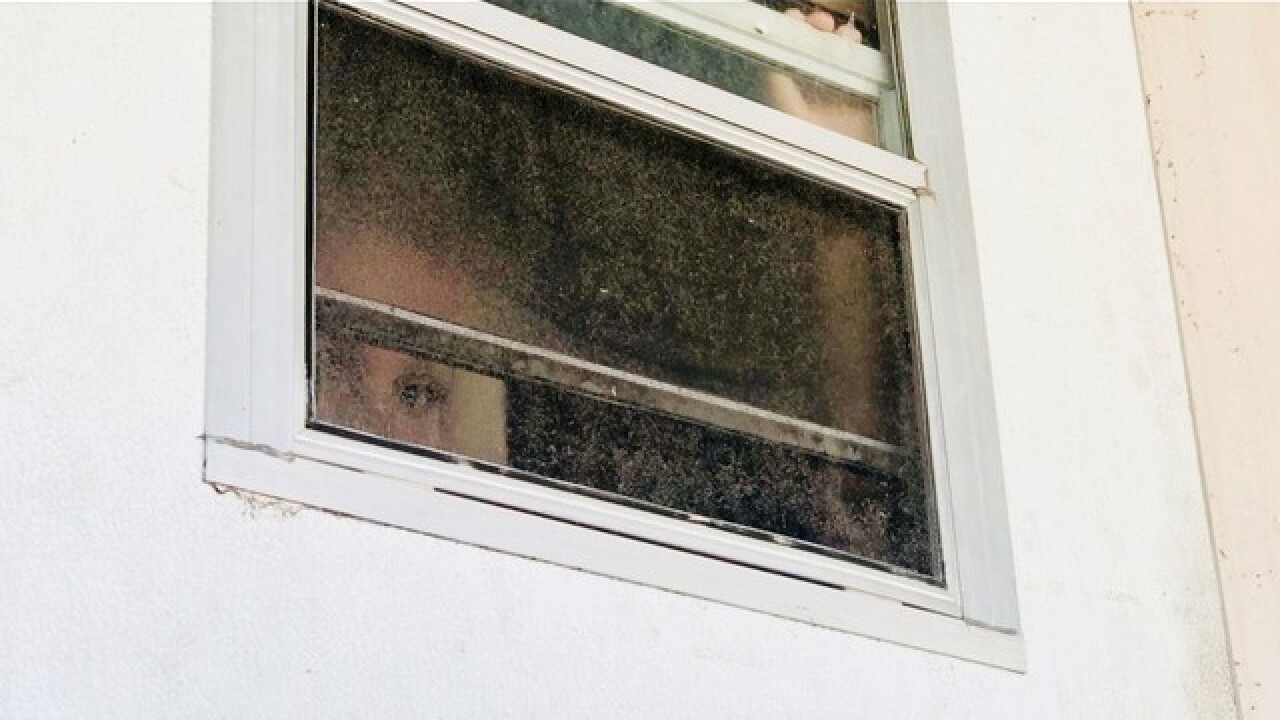 The trailer is just 40 minutes from the school where Broward County Sheriff Scott Israel says Cruz shot and killed 17 people.

Deschamps says she used to live on the same street as Cruz and his mother Lynda, just a few blocks from the Parkland high school Cruz would one day allegedly attack.

"We were best friends," said Deschamps. "We started as neighbors, and then became best friends. She was like my mom."

When Lynda Cruz died in November, Deschamps took in a troubled Cruz and his younger brother.

"He lived here for a few weeks when his mom passed away," Deschamps says, talking through a window in the door.

Broward County Sheriff investigators, assisted by Palm Beach Sheriff deputies raided the trailer Wednesday night, searching for clues as to what may have triggered Cruz to shoot up the same school he was expelled from last year.

A Facebook post by Deschamps' ex-fiance claims she kicked Cruz out of the trailer shortly after his mom died. Deschamps asked our investigative team to stop recording, but off camera she claimed the allegations were false.

"Is that true? Of course it's not true," said Deschamps. "I am doing the best that I can with those children and I am doing it for free. I am doing it out of my heart, because I loved their mom."

Deschamps says she had no idea Cruz wanted to shoot up the school. "What happened is nobody's responsibility, except that he has mental issues, and that is all we can do."

(Keep reading to see the full interview with woman who took in Nikolas Cruz, Rocxanne Deschamps.)

Cruz left the trailer and relocated to a home in Pompano Beach, moving in with another Stoneman Douglas student and his family.

"He is a smaller kid, and there was some indication that there might have been some bullying going on," said attorney Jim Lewis, speaking on behalf of the Pompano Beach family.

Cruz brought his AR-15 style weapon with him when he moved in, but had to keep it locked in a gun case.

"This family did what they thought was right, which was take in a troubled kid and try to help him, and that doesn't mean that he can't bring his stuff into their house," Lewis said. "They had it locked up and they thought that was sufficient, that there wasn't going to be a problem. Nobody saw this kind of aggression or motive in this kid that he would ever do anything like this."

But the weapon was not the only warning sign. FBI agents have confirmed two separate threats were reported to them about Cruz.

One threat came from Ben Bennight, a Mississippi man who goes by the name "Ben the Bondsman" on YouTube.

"The FBI just left my house," Bennight tells his viewers in a vlog he recently posted. Bennight tells his viewers he tipped off the FBI in September 2017 after a commenter posted "I'm going to be a professional school shooter" on his page. "I just knew I couldn't ignore that," Bennight says in the vlog.
Later, an FBI Agent in Charge told reporters they conducted database reviews and checks, but they were unable to identify the person who actually made the comment.

It is also unclear if anyone reported disturbing photos posted to Instagram in 2016 and 2017 by a man who looks like Cruz.