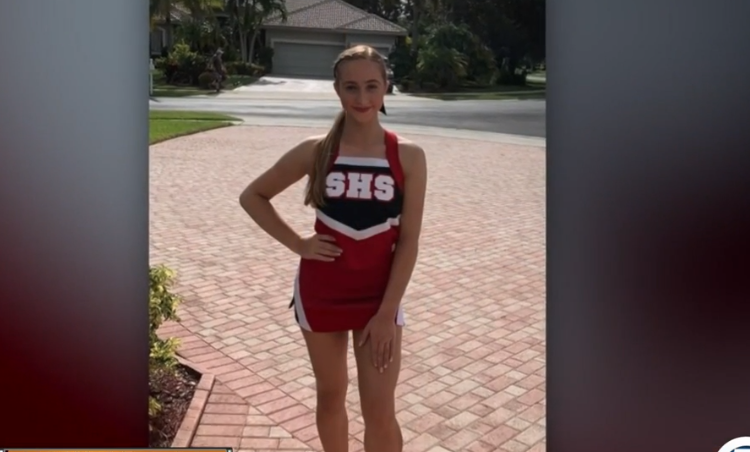 Kicked off the cheerleading squad two games before Senior Night, a Santaluces High School cheerleader claims she's being treated unfairly. The school says she violated her cheer contract, so she's out. 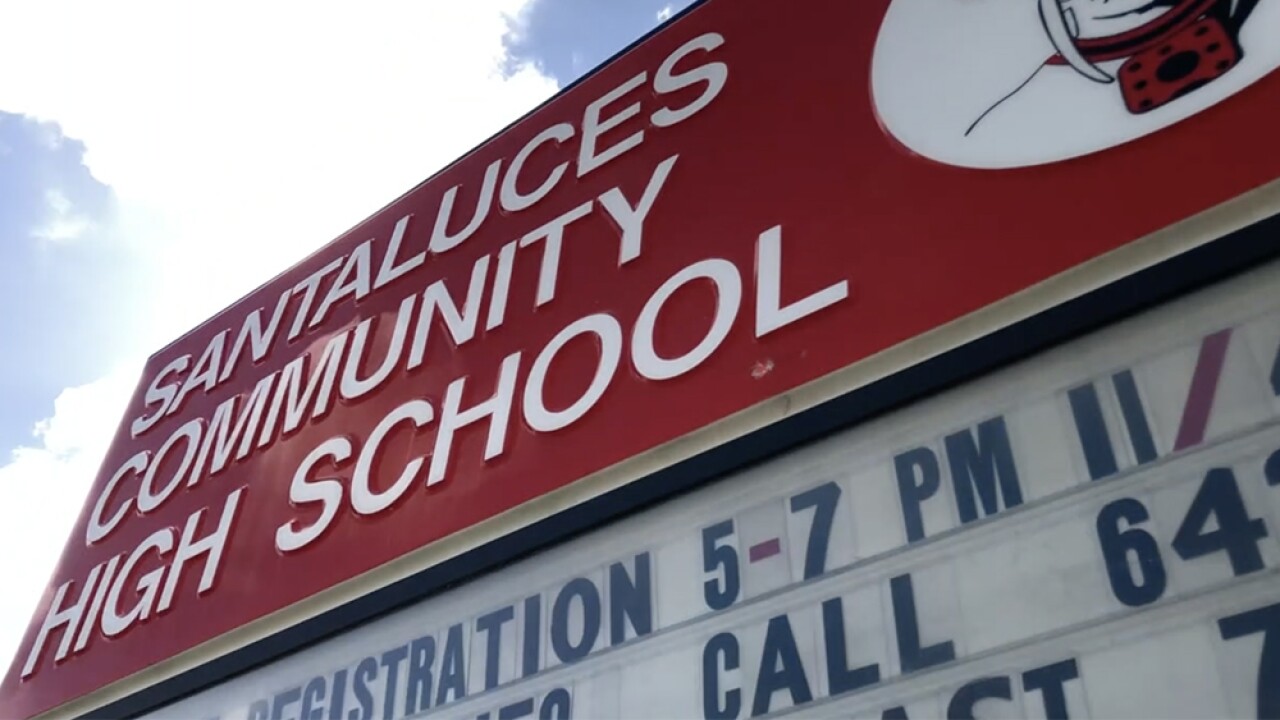 LANTANA, Fla. — Kicked off the cheerleading squad two games before Senior Night, a Santaluces High School cheerleader claims she's being mistreated. The school says she violated her cheer contract, so she's out.

Santaluces High School makes all of its cheerleaders sign a contract agreeing that cheerleading will take priority over any other activity, including jobs. The school says attendance was an issue for the cheerleader, but Rebekah Saitta believes her coach had it out for her.

Ever since she was a freshman, Saitta has worn her Santaluces Chiefs cheerleading uniform proudly.

"I've been waiting for four years to do Senior Night, to cheer, having a little sister, all that stuff that comes with cheerleading, and they kicked me off two games before my Senior Night," said Saitta.

Saitta says she has a part-time job which requires her to leave practice 15 to 20 minutes early on Mondays to get to work on time.

"My coach knew about it, she said it was alright, that it was OK for the time being, just by the time basketball season started with the hectic schedule with basketball coming up that I needed to find a new job," said Saitta.

Then in early October, a picture surfaced on social media of the cheerleaders holding a misspelled sign at a football game.

"I actually didn't see it until my mom sent it to me," said Saitta. "Then I saw all the girls talking about it in our group chat about it like saying, 'Haha tell me when your poster goes viral,' like they had no problem with it. The only person who had a problem with it was the coach, mainly because she's an English teacher."

Saitta says she never shared the picture, but her mom did after it was already shared on social media. But Rebekah says she was blamed for it. After talks with the school, she was allowed to stay on the squad, but not for long.

"We did finally meet. Unfortunately, the administration already had their mind made up, but I did ask them if I can make a suggestion and allow Rebekah to finish out football season and her big thing was to walk Senior Night, and it was a flat, no," said Beth Saitta, Rebekah's mother.

The School District of Palm Beach County says because of attendance issues, the school decided the student was no longer eligible to cheer.

Rebekah and her mother say they have since learned other cheerleaders have allegedly left early from practice before.

"There's one girl who says she leaves every practice early, but none of them were kicked off the team or written up or anything like that," said Rebekah.

Her mother says she understands the school's decision but hopes that they execute the cheer contract the same for everyone.

"I just feel like they were looking for something to kick me off for, and they finally found it with the contract," added Rebekah.

In a statement the school district said:

"The expectations of the members of the Santaluces Community High School cheerleading team are clearly defined in the Cheerleaders Contract, which was signed by both the parent and the student. As the contract states, 'Participation in cheerleading is voluntary, not mandatory. It is a privilege, not a right, and maybe revoked by the school personnel when a cheerleader violates the rules and regulations.'"