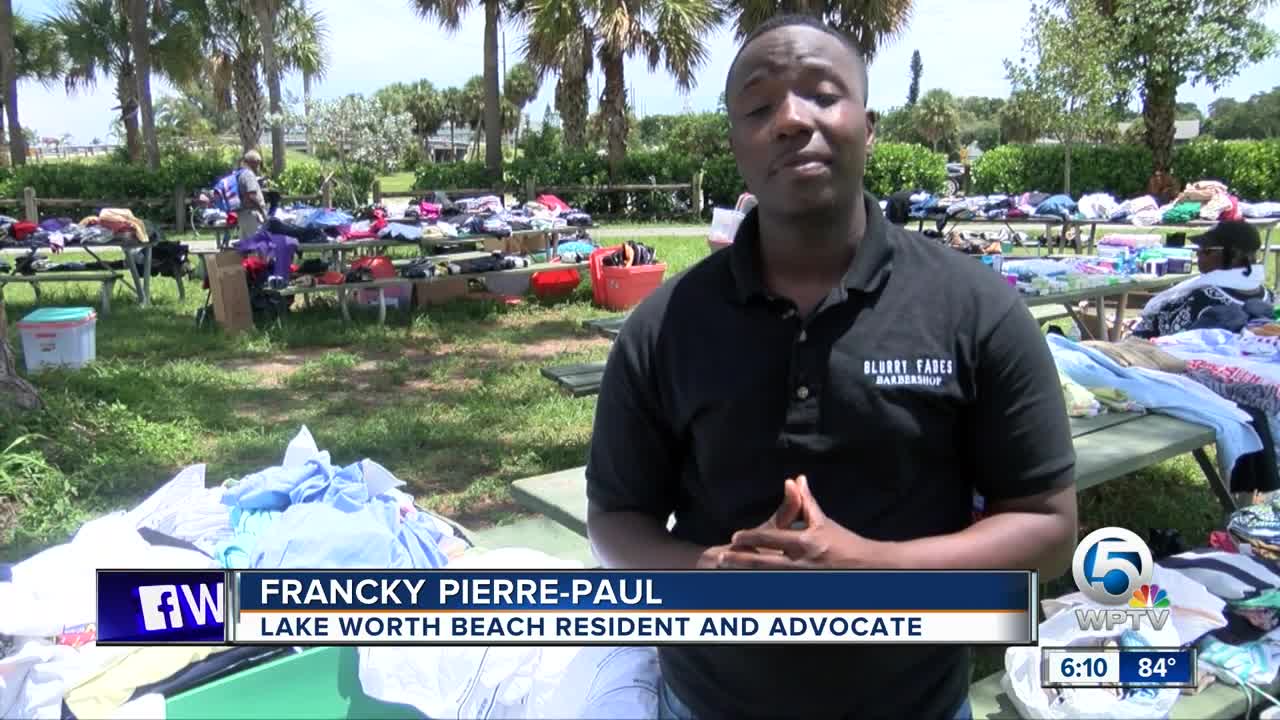 A Lake Worth Beach resident tired of the homeless population in John Prince Park is doing his part to combat it.

He spent an entire month collecting two storage units of new and gently-used clothing, backpacks and hygiene products to distribute to homeless individuals who live in the park and surrounding areas.

Pierre-Paul hopes the generosity gives the homeless a new outlook. People traded in old clothes and shoes in exchange for new items.

Pierre-Paul is also working closely with county officials on a new non-profit he plans to name "A Different Shade of Love" and a day center to fill a residential and support void he says exists in the county. He too was also homeless at the age of 16 and says it gives him perspective and experience.

This is the second time Pierre-Paul has held the "Trade-In" event.