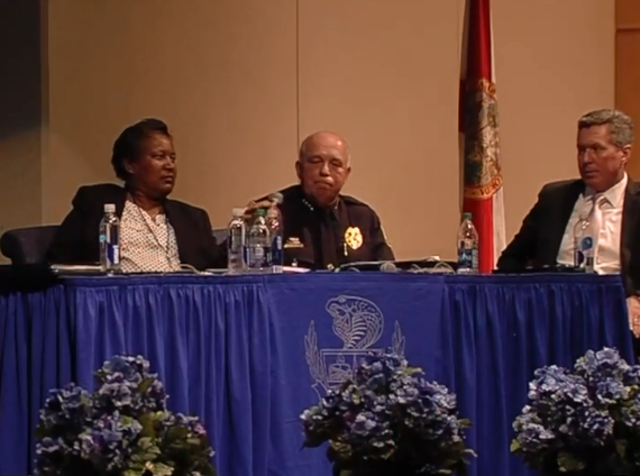 More than 2 months into the school year and new safety changes remain front and center for many parents. Wednesday night those concerns were addressed by a panel at Park Vista High School including the superintendent of schools and chief of police. 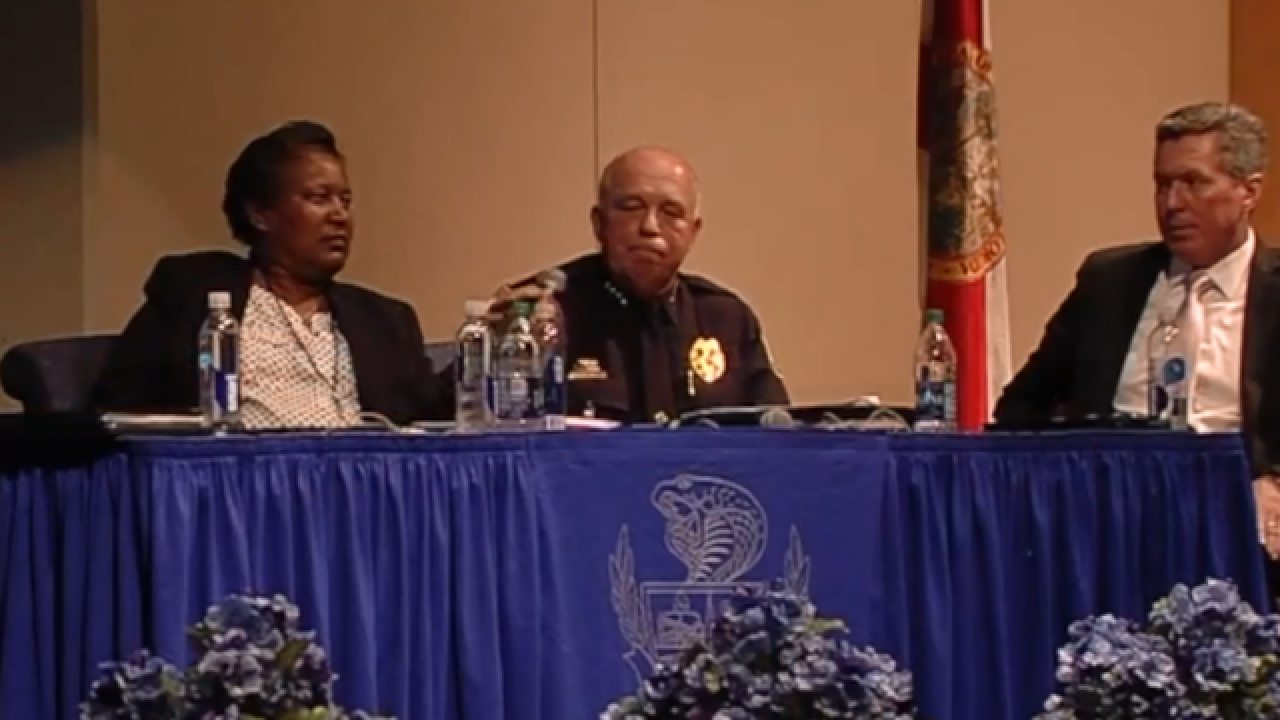 More than twomonths into the school year and new safety changes remain front and center for many parents. Wednesday night those concerns were addressed by a panel at Park Vista High School including the superintendent of schools and chief of police.

“There seems to be a lot of confusion out there and we need clarity,” said Philip Barlage.

A broad range of questions was answered including the future of metal detectors and the possibility of installing bullet proof glass.

“So this idea of running 3,000 kids through a metal detector a question for us is when would you actually start school,” said superintendent of schools Donald Fennoy.

Fennoy said they don’t plan to put metal detectors in every school but they are hoping to invest in several metal dictator wands that school police can use when necessary.

Other changes include adding extra security at all sporting events, similar to recent changes at high school football games after the August shooting outside of Palm Beach Central.

However all of this comes at a price.

The Marjory Stoneman Douglas Act provided $5.5 million to help with the new mandate of having a police officer in every elementary, middle and high school. An additional $3.9 million was given to the district for mental health assistance.

“Mental health is a big piece of safety,” said Burke.

“I’m hoping to feel more comfortable dropping my kids off every morning and not having that knot in my stomach that I have on a daily basis,” said a parent in attendance who didn’t want to be identified by name.

The chief of police for PBC schools said the partnership they have with local police departments helps tremendously with preventing crime on campus. But ultimately when it comes to school safety everyone has an active role in making sure kids are safe.