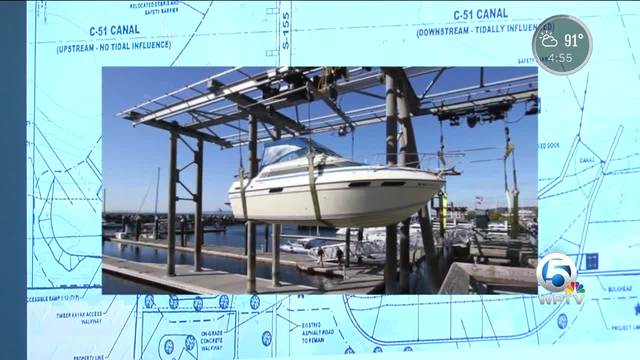 A major problem is moving forward that would connect more boaters to the Intracoastal waterway. 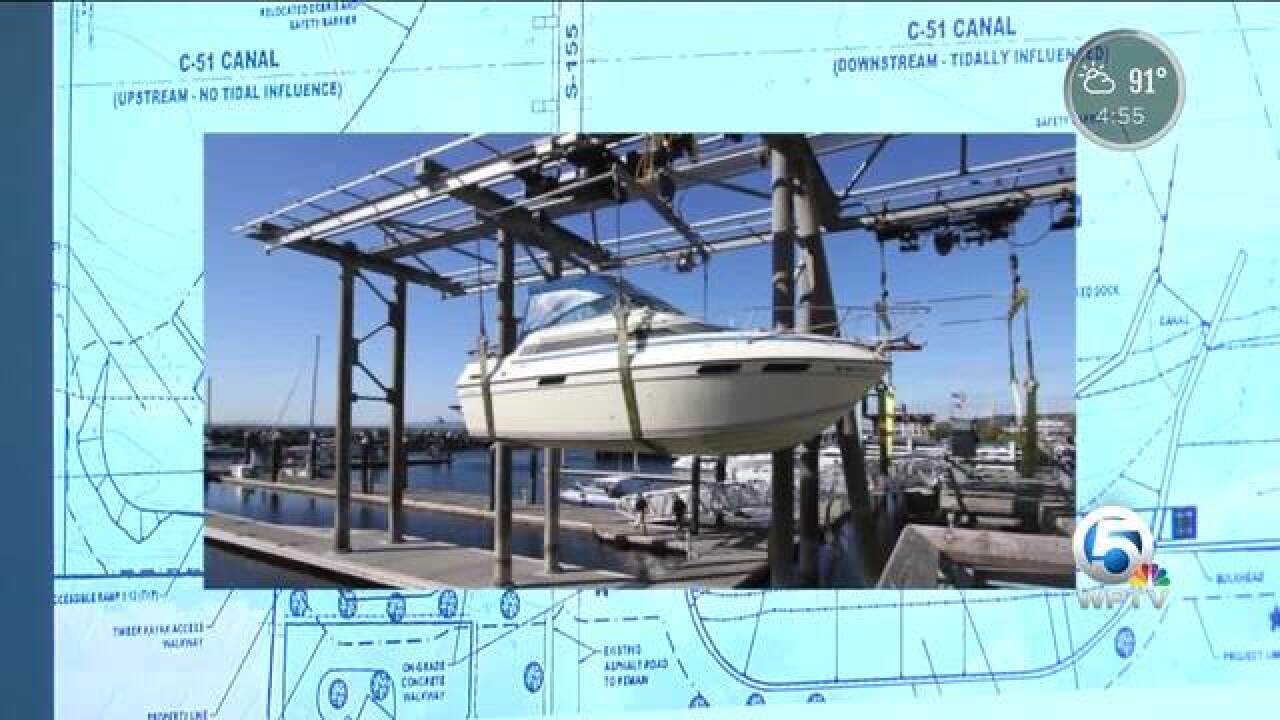 A major project is moving forward that would connect more boaters to the Intracoastal waterway.

The project involves building a boat lift at Spillway Park on the C-51 canal that would allow boaters coming from Lake Clarke Shores and beyond to be lifted over the locks and onto the other side.

The boat lift would allow boaters to travel between the Chain of Lakes and the Intracoastal for the first time ever.

But people who live along the C-51 canal have a list of concerns.

"It's perfect, beautiful. You can see all types of marine life, you can see sting rays and manatees," said Stacey Arlosoroff, who lives off the canal on the Intracoastal side of the spillway. "It can look as beautiful as it can but it really comes down to the cost and safety issues."

Her backyard is about to change drastically but it's the cost to taxpayers that stays near the top of her list of concerns over the project.

On Friday morning, leaders with Lake Clarke Shores, Lake Worth and West Palm City  -- the three municipalities affected most by the boat lift -- worked out dozens of hurdles the project still has to clear. Known as the Palm Beach County Blueway Trail Project, city leaders, engineers and other planners have joined forces to sort the details of the boat lift proposal. The project has been in the works for at least five years.

"We made a lot of progress today and there's always more work to do to figure out the finer details," said Dr. Kim Delaney with the Treasure Coast Regional Planning Council. "The question for the local governments is whether or not they want to advance it."

With three municipalities and the county working together, there's also ongoing discussions of who would be the lead entity on the project.

Project planners requested $300,000 in funding from the Florida state legislature to help cover the cost of the planning phases. The Palm Beach County Metropolitan Planning Commission paid $30,000 for a feasibility study on the project. They hope for grant money and possibly more state money to cover the project once it gets started.

"There's a lot of pieces of the project that can be funded through grants. Those grants require matching through different entities," said Delaney.

The boat lift will charge a usage fee, which would hopefully cover the maintenance costs.

As the project's leaders continue to figure out how to pay for the boat lift, city leaders across Palm Beach County are buzzing about new business and property tax dollars that can be reaped from this.

"The investment, compared to the economic benefit, is relatively small. You're spending $5 million to have an economic benefit of $80 million. I think it's a no brainer," said Omari Hardy, Lake Worth city commissioner.  "And we know that there are 36,000 registered boaters here so it's very important i think for us to get this done."

"The animals come in here and it's almost like a sanctuary for them, they're able to hide away from the big Intracoastal," she said. "I can tell you that people don't come through here slowly."

Arlosoroff showed us pictures of scarred up manatees in the canal, a stingray hit by a boat and even dead sea turtles -- all of which she said occurred with the usual boat traffic.

"There could be a 60 boats a day here. That's an enormous amount of traffic here. The marine life would not survive in this canal," she said.

That's why project leaders say they're considering partnerships with PBSO or private security.

"To make sure that the homeowners who live on the canal -- both on Lake Worth side and West Palm Beach side -- feel comfortable, and that we're deterring bad behavior," said Hardy.

Hours of operation is another big question.

"Once the lift is stopped at the end of the day and people haven't made the trip over, where are those boats going to go? Will they stay out here all night long, docked -- waiting for someone to come get them?" said Arlosoroff.

The project is permit ready but Delaney said they will address and solve all of the concerns before breaking any ground.

"We've coordinated with all the regulatory agencies so we know we have a project that's consistent with their plans and regulations," she said. "Everyone wants to move forward cautiously to make sure we do things right."

There are also plans to renovate a condemned fishing pier in the area, allowing fishermen more access to the spillway -- which is known to be a popular fishing spot for snook. Construction work on the pier will begin first.

Lake Worth has yet to sign off on a resolution to support the project, even thought the boat lift is planned within city limits. City commissioners expect to discuss the project at their regular meeting on Tuesday night.

"We're hopeful that the powers that be --whoever that is -- will address those issues for us and come up with concrete solutions," said Arlosoroff.