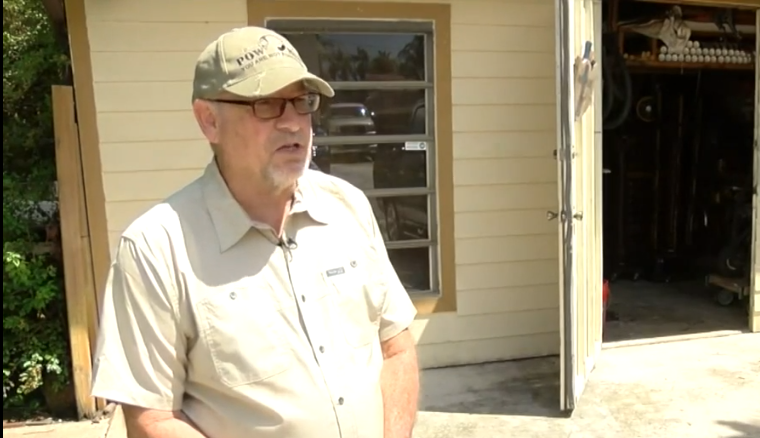 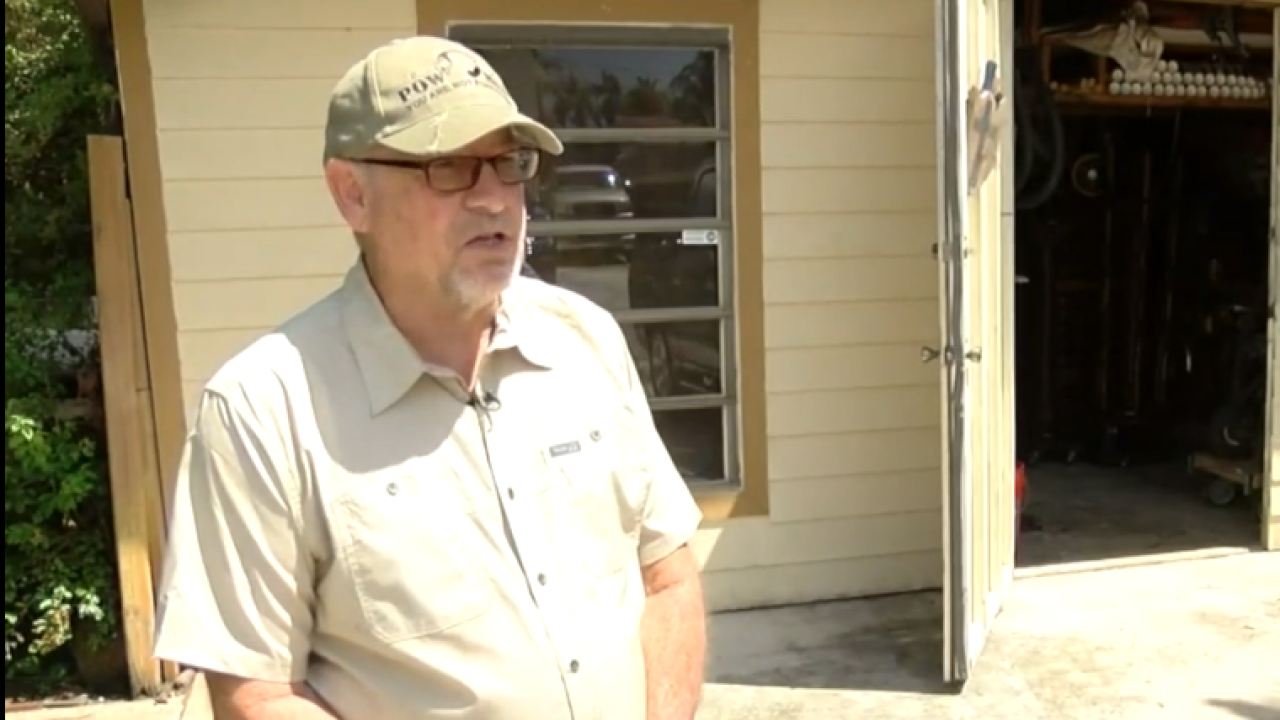 LAKE WORTH BEACH, Fla. — A sudden lightning strike sparked the scare of a lifetime for a Lake Worth Beach man.

Steve Carr was knocked unconscious after lightning struck his home and then shot through his body.

“It was an overwhelming experience, not only for me, but for my family as well,” Carr said.

Carr was washing his truck barefoot on June 2 of this year. He says he heard a clap of thunder, but there was a clear sky overhead and a few darker clouds in the distance. Next thing he remembers is waking up inside an ambulance.

“When it hit the vent stack on top of the roof it traveled down into the concrete, which I was standing on and the concrete wet because I was washing the truck,” Carr said.

A neighbor heard the blast and saw the roof of Carr’s house on fire. He raced over to help and found Carr unconscious.

“It was a very powerful wake up call,” Carr said.

Less than two weeks ago, a 20-year-old woman died days after being struck by lightning while working on a roof in Wellington. Five other men were also injured.

According to the National Weather Service, at least a dozen people have died from lightning so far this year across the country. Three of those deaths happened in Florida.

Storm Team 5 Meteorologist Glenn Glazer says a thunderstorm can be 10 to 20 miles away, but you can still be struck by lightning.

“The charge can bounce along the cloud tops and it finds a place to finally get down to the ground, and that place may be where you are," Glazer said. "A bolt of lightning can be 50,000 degrees Fahrenheit, you're not going to have a great chance of survival for that if it strikes you directly. This time of year, if you see those dark clouds or hear a rumble of thunder you should take it inside as soon as you can."

For Carr, he was hospitalized and is still undergoing physical therapy after suffering neurological damage in his left arm.

“I’m thankful I survived this one and came out relatively unscathed compared to many,” he said.