Bars, movie theaters can reopen across much of Florida, but not Miami-Dade, Broward, Palm Beach counties
NewsRegion C Palm Beach CountyLake Worth Beach

Couple attacked in pursuit of 2 bicycles they were riding 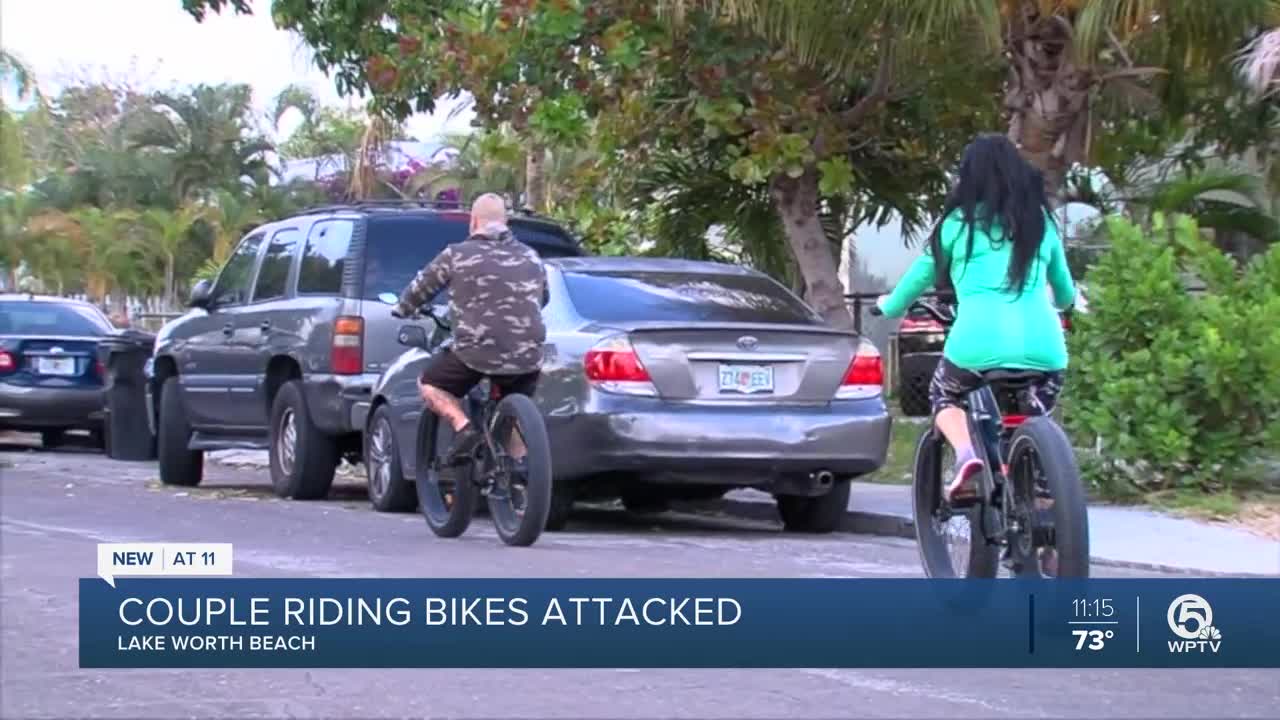 Couple attacked in pursuit of two bicycles they were riding

LAKE WORTH BEACH, Fla. — A couple on a leisurely bike ride from their home in Lake Worth Beach ended up fighting for their lives just blocks away. They say they were attacked for their bikes they were riding.

They left the house and took 13th Avenue toward Federal Highway to get over to East Lake Worth.

"Before I knew it I felt somebody grab my shoulder, say 'give me F-ing bike' and they punched me," Roberto Aloi said.

Aloi said he got off his bike and the fight was on.

"We were right in the intersection fighting. There were cars that were stopped, people watching, my girlfriend was screaming," he said.

Aloi's girlfriend said she didn't know what was happening.

“First, well, it surprised me,” she said.

"I feel very like helpless. I have no way of asking for help because I was just people would drive by and not stop," she said.

Aloi said he tried to tell the guy to leave.

"I’m motioning, 'Call the police,' pleading. As I'm doing that I would get hit, fight him some more. He just kept coming over and over," he said.

In a probable cause affidavit, the deputy asked Alejandro Ramos Agosto, "So what's up man?" In response, Agosto shrugged his shoulders and then calmly uttered, "I wanted a better bike." He was later booked in the Palm Beach County jail on a robbery charge.

Aloi said the situation isn't over.

"I hope to see him in court. I'm going to be pressing charges," he said.

The affidavit goes on to say the bike on which Agosto was riding had also been stolen earlier in the day.