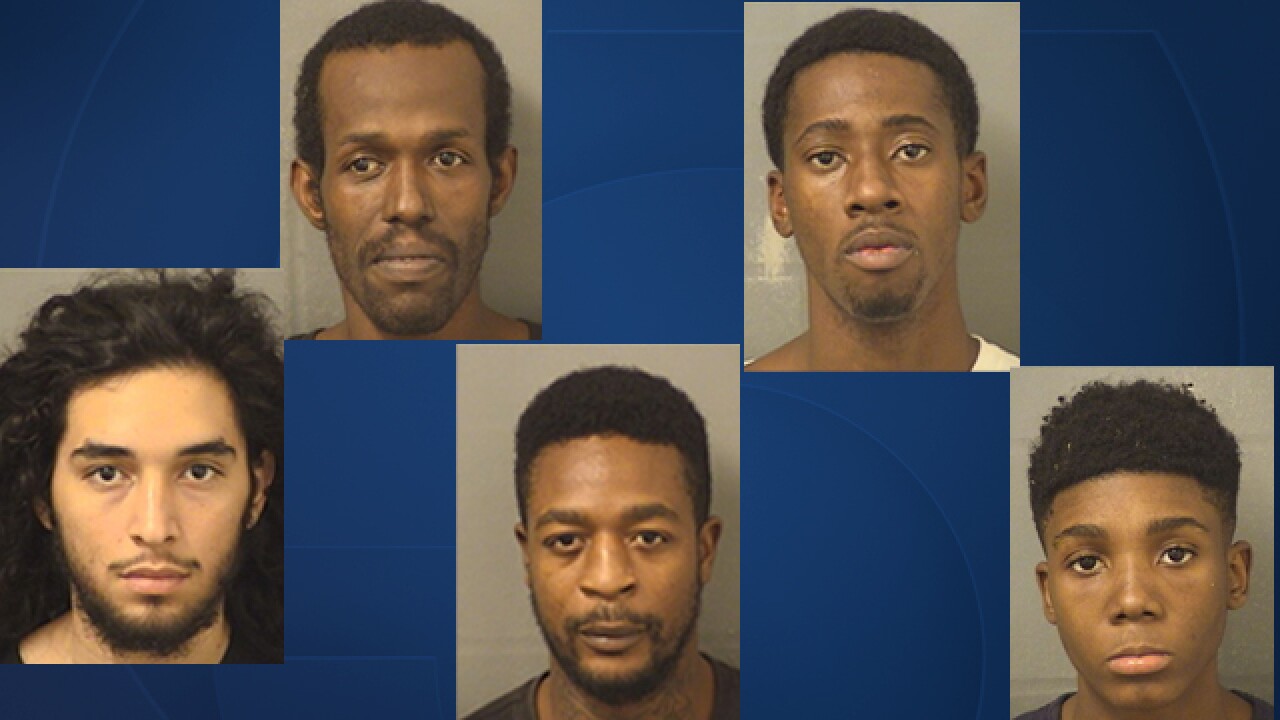 GREENACRES, Fla. — Eight people, including three underage teenagers, were taken into custody after a Walmart was looted Sunday night in Greenacres, according to the Palm Beach County Sheriff’s Office.

PBSO spokeswoman Teri Barbera said deputies responded around 11:30 p.m. to the Walmart located in the 6000 block of Forest Hill Blvd. for reports of a large mob looting the store.

An asset protection manager for the store, which had closed earlier, said he spotted a white vehicle park in the parking lot around 11 p.m.

Shortly afterward, PBSO said another unknown vehicle drove by and shouted, “It’s about to go down on Facebook Live!”

Around 11:28 p.m., multiple cars pulled into the parking lot, and a large van backed up into the cement blocks that protect the front doors.

The asset protection manager said he then told all of the Walmart employees who were in the store to lock themselves in the cash office.

The large group of people then rushed the front doors, according to PBSO.

Once the door was pried open, a crowd of people rushed into the store and looted the ladies apparel, jewelry, infant, shoes, bakery and electronics departments.

The looting caused damage to the merchandise displays and some electronics were broken, while other items were removed from the display case.

Barbera said a man identified as Juan Castellon, 19, and two juveniles, one who is 17 and another who is 16, were spotted by deputies looting and attempting to flee the store.

Four out of five people inside the car were taken into custody without incident, while a fifth passenger was later apprehended in the 4200 block of S Landar Dr.

PBSO identified the five inside the car as:

Barbera said while the suspects were being put in handcuffs, several items that still had security wiring attached to them were spotted on the ground and in the car.